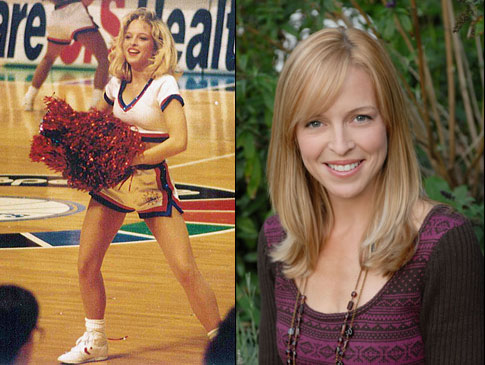 In 1991, Darlene Cavalier was a professional cheerleader for the 76ers. Today however, she’s cheering for a different team – Citizen Science!

“Citizen Scientists aren’t waiting for an invitation to get involved. They are literally changing the way science gets done,” Darlene says. Her website, ScienceCheerleader.com, is a wealth of information as well as THE resource for anyone who wants to get more involved with science efforts in their communities. “It’s important that the citizen scientists get something out of the project and for that to happen researchers must believe that the public is capable of more than just data entry. Volunteers should be given the opportunity to ask questions and draw upon the data. In its most successful forms, citizen scientists even help shape science policy.”

ScienceCheerleader.com’s Project Finder helps connect people with scientific projects in their area of interest. What are some examples of things people can do? “Tag butterflies to help track their migratory habits, count fireflies to help researchers better understand why they appear to be diminishing in some places but not others (talk about a fun family project; my kids and I learned how to differentiate between males, females and stealth predators!), sort through galaxies, help meteorologists predict weather patterns, record earthquakes, help project flu outbreaks, you name it!”

Darlene is also working on having more user generated content on her site as well as “a full-functioning Mother-of-all-Citizen-Science websites” – read my entire interview with Darlene Cavalier, The Science Cheerleader, in this awesome 4th installment of Science is Speaking! [Click here]

Like the poster says, the Sixers Dancers battled the Wings Angels in a Bowl Off last Friday at Pinsetter Bar & Bowl in Pennsauken, NJ. The winning team would donate tickets for a future Philadelphia 76ers or Wings game to local womens’ charities in the Philadelphia region. A team of fans/bowlers would also get the chance to face off against the winners.

Both Dance Teams pose for a photo before the competition begins.

Lanes 17 & 18 were the center of attraction for the evening.

The Sixers win the Bowl-Off, 531-389. This prompted Sixers Head Coach Christian Naven to suggest that her dancers should take on the Phillies Ball Girls on the bowling lanes instead of the softball field in the future.

Another shot of Janeen

The rest of the photos here.

Dance Team beauties from the Sixers Dancers and Wings Angels will go head-to-head in the first ever “Dancer Beauty Bowl-Off” during a double viewing party at Pinsetter Bar and Bowl in Pennsauken, NJ on Friday, February 27 beginning at 7 p.m. The winner of the bowl-off will donate tickets for a future Philadelphia 76ers or Wings game to local women’s charities in the Philadelphia region.

Fans will be able to meet all the dancers while watching the 76ers at the New York Knicks (7:30 p.m. on CN8) and the Philadelphia Wings at the Edmonton Rush (9:30 p.m. on NLL Network) – all on the big screens at Pinsetter Bar and Bowl. One lucky group of fans will also be selected to play the winning dance team in a bowling match on Friday night.

The Sixers Dancers and Wings Angels have received renowned local and national attention for their respective Dance Team Calendars for 2009. Calendars will be on sale for fans to purchase and get autographed by their favorite dancer. Admission to the event is free.

It’s been a exciting half year for Christian Naven.

At end of last June, she to came from Illinois to Philadelphia to be the new Sixers Dancers Head Coach. She barely had time to catch her breath before auditions started. Two rounds of cuts and a final audition at Chickie’s Pete’s produced a squad of 10 veterans and 6 rookies, a team of great dancers that will connect with the fans.

But Christian was busy with a lot more than selecting her new squad. Lining up sponsorships, new uniforms, preparations for the new Sixers Dancers Calendar (which has been a huge success) were all tasks that she normally would have been working on when the basketball season ended in the spring. Add on twice-weekly three-hour rehearsals on top her already compressed schedule and you can see why Christian might need to catch up on her sleep.

But she’s no stranger to multitasking. Back when she was a student at Illinois State University, she was the coach of the dance team, The Redline Express. While she was running the squad she had to come up with new composition and routines for her classes (she was a dance major) and at the same time she needed to create new choreography for for classes she taught at a local dance studio.br /br /Christian stayed at ISU has been coaching The Redline Express for the past 7 years. In that time she’s had dancers go to the NBA and NFL as well as perform in music videos and at local concerts.

And she has lots of big plans. For game night she says, “The Dancer’s routines will be sharp and innovative. My goal is to continue to see that they perform with charisma in front of the most loyal fans in the league.” While she describes her style as “Hot Jazz” a fusion of Hip Hop and Technical Jazz, the Dancers will be performing all styles of dance this season. Christian says she wants the fans at the Wachovia Center to be constantly thinking, “What will the Sixers Dancers be doing next?”

And so once Christian gets some free time, what does she plan to do? Actually she’s going to dance some more. She has always wanted to learn Salsa and Ballroom Dance and she’s looking forward to taking advantage of some of the great dance studios that Philadelphia has to offer. Aside from dance Christian love watching movies and reading. A self-described bookwork she lists Push Comes to Shove, the autobiography of Twyla Tharp, as her favorite book.