There has been much ado this week about three of the NFL’s oldest and most storied teams still being alive in the playoffs. But it also might be said that the Green Bay Packers, Chicago Bears and Pittsburgh Steelers are three of the NFL’s most stodgy teams, since they don’t have cheerleaders.

How can this be? Aren’t all football teams supposed to have cheerleaders? Isn’t there something in the rules about that?

At one time, all three of those teams had official cheerleading squads. For aficionados of high-kicking sideline crews, here’s why they went away:

Pittsburgh: The Steelers had their Steelerettes from 1961-1970, but shut them down when the team moved into Three Rivers Stadium. One could say they’ve been replaced the the Terrible Towel. 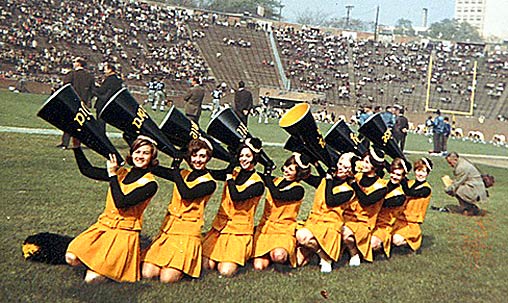 The women were recruited from Robert Morris University (then a JC), and had to have at least a 2.0 GPA. You can find some vintage photos at Steelerettes.com.

FanNation.com did a story on them awhile back, and had this quote from original Steelerette Eleanor Lineman Lewis: “The first year, we wore hard helmets as part of our uniform. We started to look more and more like wholesome cheerleaders as time went on.”

Chicago: The Honey Bears were in business from 1976-85, but were axed after the McCaskey family took the helm and decided cheerleaders didn’t fit the team’s rugged image.

Some suggest the Honey Bears’ demise is why the Bears haven’t won a Super since 1985, but that chatter has never caught on the way the Cubs’ various curses have.

Their final performance was to Prince’s Baby, I’m a Star, when the ’85 Bears beat New England at the Super Bowl.

Green Bay: Technically, the Packers still have cheerleaders, but they’re an unofficial group of rotating loaners from either the University of Wisconsin-Green Bay or St. Norbert College.

FootballBabble.com says the Packers had cheerleaders as far back as 1931, recruited from high schools. Then hard-nosed Vince Lombardi, of all people, asked that a professional squad be organized. They were called the Golden Girls Cheerleaders, an apparent homage to Packer’s star Paul Hornung, who was known as “The Golden Boy.” 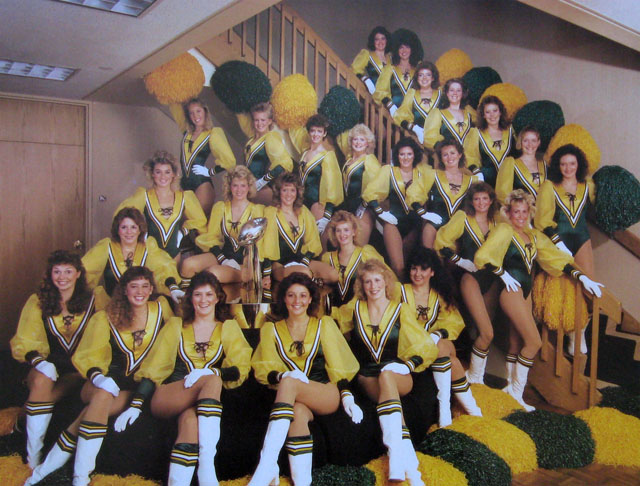 The Golden Girls were drawn from a dance studio, and included some national champions in baton twirling. They are in the Packers Hall of Fame, but the team did away with cheerleaders in 1988, after a TV station poll found fans were split 50-50 on whether they were needed.