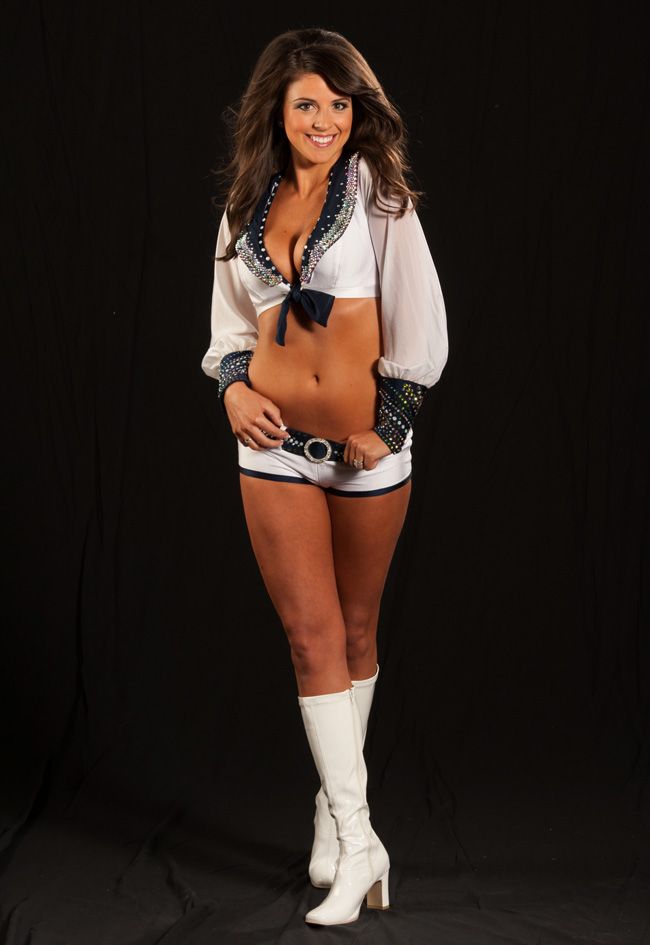 Amidst the chaos that was present following the Seattle Seahawks 23-17 victory over the San Francisco 49ers in the NFC Championship Game, Stephanie Hemphill tried her hardest to take in the moment.

Hemphill, now in her fourth year as a member of the professional cheerleading team, Sea Gals, has seen first-hand the franchise’s latest transformation into a championship contender.

“I really savored every moment. I knew it was the last time this season I would be performing (at CenturyLink Field) so I wanted to take everything in,” said Hemphill. “There was just a different level of excitement around the game. It was something I’ve never felt before.”

Over the course of her four seasons of performance at CenturyLink Field, Hemphill has been able to form a bond with the season ticket holders and die-hard Seahawks fans that make up one of the NFL’s most famous fan bases.

“We’re there every game. We see the same ticket holders and just seeing them erupt after (Seahawks cornerback Richard) Sherman tipped the ball, that was the most memorable thing,” said Hemphill, the newly appointed Executive Director of the Lacey Chamber of Commerce. “The city needed that, and the fans deserved that. Our fans put so much into this team and to see them smile like that is something I’ll never forget.”

Hemphill and the rest of the Sea Gals will be heading to New York City on Thursday, three days in advance of Super Bowl XLVIII, which will pit Seattle against the Denver Broncos on Sunday, Feb. 2, at MetLife stadium in East Rutherford, N.J.

The fact that Hemphill will be performing on the world’s biggest sporting stage has not quite resonated at a personal level.

“It’s something that I won’t feel the enormity of until I’m actually there. I’ve done this for four years now and I know what to expect when I perform and I’m just going to prepare the same way I do for every other game,” Hemphill said. “I don’t know if I will realize the impact of this game until I’m there. I think it will hit me right when I step out onto the field.”
seattle sea gals

“Our fans put so much into this team and to see them smile like that is something I’ll never forget,” says Hemphill when reflecting on the NFC Championship win.

Over a week has passed since Seattle’s big victory in the NFC championship game, giving Hemphill a buffer to come down from the victorious high. However, after speaking with Hemphill, it’s clear the excitement is still coursing through her veins.

“Right after the game, I was driving from the stadium and my ears were still ringing,” said Hemphill. “I went to my parents for a celebratory dinner. They recorded the game, so I watched it and cried all over again. Even now, I’m getting butterflies talking to you about everything.”

Staying in the heart of downtown Manhattan, Hemphill and the rest of the Sea Gals will be exposed first-hand to the excitement and build up for the big game. While the Sea Gals perform at every home game, they do not travel for road contests.

“It’s a new experience for us, and we are, like the football team, looking at the Super Bowl as a business trip,” said Hemphill. “It’s the first time for me traveling to the area, but we’re going to be so busy with appearances leading up to the game that there isn’t really time for sightseeing.”

Unlike their performances at Century Link, the Sea Gals will be dancing in front of a mostly neutral crowd. Still, Hemphill believes the 12th Man fans will be represented in New Jersey, and that the expected cold temperatures will not phase her and the rest of the squads’ performance.
seattle sea gals

“Our performance level won’t change, but the energy on the field will be different. All we know is Seahawks fans are everywhere and it may surprise people how many are in the stands,” Hemphill said.

“For the weather, we’re totally prepared. We’re an outdoor team in the northwest and have a snow forecast from time to time,” said Hemphill. “If it snows, we will be prepared. If it’s cold, we will be ready. That’s part of the job.”

While Hemphill could not go into detail regarding the Sea Gals itinerary leading up to the game, she noted the squad will be making both local and national television appearances. Following the Super Bowl, regardless if the Seahawks win or lose, Hemphill and all other Seahawk employees will be attending a party organized and hosted by franchise owner Paul Allen.

Being a part of a Super Bowl season has been special for Hemphill, but it’s the development of Seahawks fever throughout the entire state that has been most memorable for the self-proclaimed die-hard fan.

“Four year ago, you would see a few people wearing in Seahawks gear on Blue Friday. The year after, a little more, and last year it got way bigger,” said Hemphill. “Now, you see everyone buying in. I love it, I’m a true passionate fan, and I think the more the merrier. That’s what makes this team so, so special. It’s the people who support it.”