‘This is a good goodbye,’ she said. 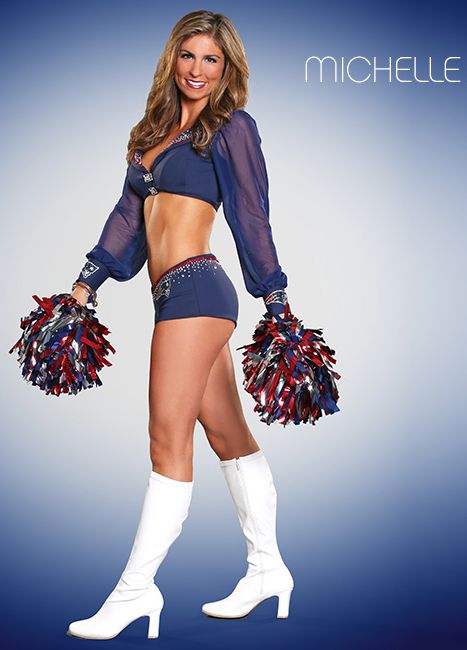 Michelle Nigro has been a cheerleader with the New England Patriots for four years. And with her last game as an official member of the squad coming up, she’s going out with a bang.

“Having my last game be at the Super Bowl is just a dream come true,” said Nigro, a full time PR professional by day and Miss Cambridge 2014 winner. “This is what I wanted from day one. I had been telling all of my teammates that I felt like we were going to be going to the Super Bowl this year.”

On Sunday, February 1, the Patriots will take on the Seattle Seahawks in Glendale, Arizona, for Super Bowl XLIX. The team’s appearance will mark the second time since Nigro first became a cheerleader that she will set foot on the field to watch the Patriots play for the championship title.

“I’m ecstatic,” she said. “We just found out this morning; we got the official email that we will be going.”

Nigro, an Emerson grad, said she was thrilled to be able to attend the Super Bowl against the New York Giants in 2012, even though it ended with a loss. To return for a second time, capping off her short career as a cheerleader, feels once again like luck is on her side.

“I feel—I just don’t even know. I feel extra lucky to be going to two Super Bowls. Some NFL players don’t even get to go to the Super Bowl. I’m just happy the Patriots organization is taking us,” she said, adding that she’s looking forward to seeing this year’s halftime performers, Katy Perry and John Legend, take the stage.

Nigro said her appearance in Arizona alongside her squad is more of a business trip with some activities on the side. In 2012, the trip was a series of early mornings and late nights jam-packed with appearances on network television shows like Fox and Friends, and visits to a military base. There was also a planned media day and practice sessions squeezed into the short few days prior to the big game.

“We are able to have a little fun,” she said. “Last year, the Krafts had a welcome party, and after the game they had a get-together. It’s a great mix of working and enjoying the huge accomplishment of the Patriots making it to the Super Bowl.”

But this is the last time she’ll get to enjoy it. Due to regulations, Patriots cheerleaders can only serve four years on the squad before they are rotated out for a new crop of performers. Nigro was on the team for three consecutive years before taking some time off. She later returned for the current season.

“This is a good goodbye,” she said. “… It’s literally everything and more that I could ask for out of this season, to finish up my fourth year like this.”

The only thing that could top the opportunity to go to Arizona would be to ride on a Duck Boat during a post-game celebration in Boston, she said. “That would be incredible.”