By Shay Burk
The Hastings Tribune 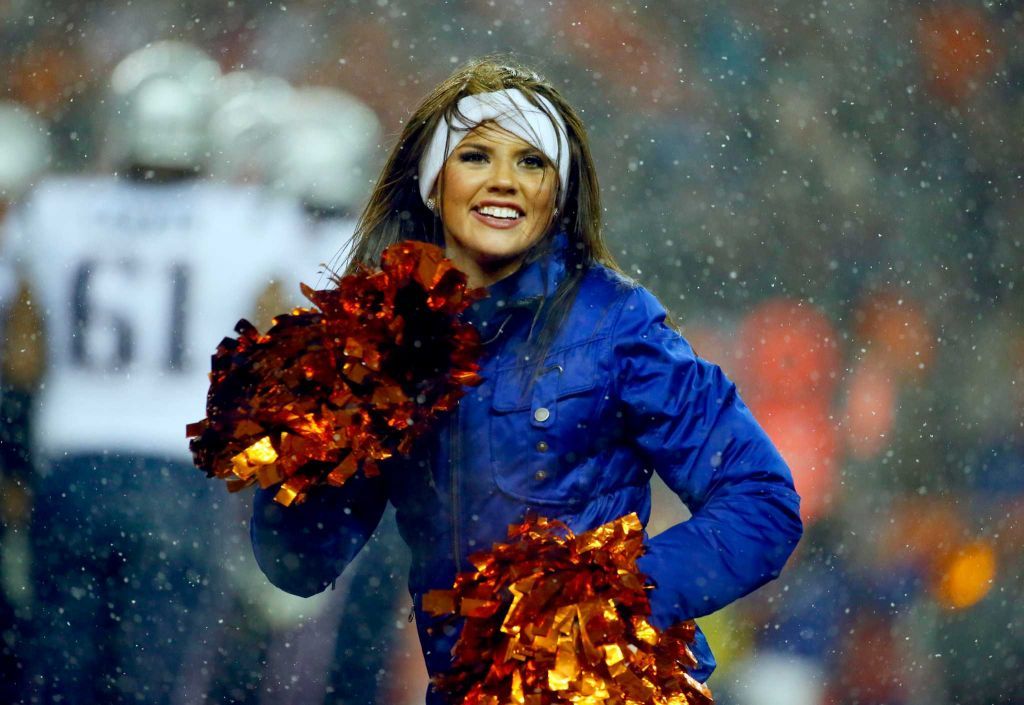 When Super Bowl 50 kicks off Sunday, some Hastings residents won’t be looking for Peyton Manning to yell “Omaha” or for “Superman” quarterback Cam Newton’s moves on the field.

Instead, they’ll be looking for a familiar face.

Among the 26 members of the Denver Broncos cheer squad is Hastings College alum Jozie LaViolette, who is in her first year with the squad.

And to say that she is excited for the game is an understatement.

“The fact that the Broncos are going to the Super Bowl alone is absolutely incredible. The fact that we get to join them … no words,” LaViolette told the Tribune.

“We know how blessed we are that Mr. Bowlen (Mr. B) has made it a point to include us in every aspect of the DB experience and organization.”

LaViolette, a 2013 Hastings College graduate, may have danced on the field at the college but she admits her cheer and dance career started at an older age than some.

Growing up in Omaha, LaViolette started out as a player on the field, not a cheerleader.

“I was an extremely competitive soccer and softball player before dance took over my life,” she said.

Then a friend invited a 13-year-old LaViolette to a visitor’s day at her dance studio and, just like that, she was hooked.

“I asked my parents to take me to a few more classes, and I fell in love with it,” LaViolette said. “I tried to do soccer, softball and dance but there wasn’t enough time for all three. I chose to concentrate on dance and the rest is history.”

In high school, LaViolette was on the pom squad at Papillion-LaVista High School and competed with Mary Lorraine’s Dance Center in Omaha.

At Hastings College, she served as technique coordinator and captain of the Crimson Spirit Dance Team. She doubled up by also serving as a Danger Doll for the first year of the Nebraska Danger arena football team in Grand Island.

“With each team and season, my love and passion for dance and cheer and working on a team grew,” LaViolette said. “I knew I wasn’t done after graduating from HC.”

That’s when LaViolette moved to Colorado where she started working in web communication design, the major she pursued at Hastings College.

While she had a full-time job, LaViolette was still hunting down that dream of making it onto a professional dance team.

LaViolette spent two seasons as a member of The Wild Bunch, the squad cheering for the Colorado Mammoth, the state’s indoor lacrosse team. During that time, she also tried out for the Denver Bronco cheerleaders for the first time and was rejected.

That rejection only fueled her fire to work harder to prepare for the auditions and, hopefully, make the squad.

“Auditions are long and rigorous but they are a wonderful opportunity to meet people and it’s overall such a positive and inspiring environment,” she said.

Each time LaViolette tried out for the Denver Bronco cheerleaders, she was competing with more than 200 other women who all had to learn combos and routines to perform in both the preliminary and semifinal rounds before even making it to training camp.

In training camp, LaViolette was up against 49 other candidates who were expected to learn three more routines, self-choreograph a solo, showcase technique across the floor, take a 100-plus question football exam, and be interviewed by a panel of unique judges.

That all comes before the final test when the last cuts are made and members of the squad are named.

As a Denver Broncos cheerleader, LaViolette performs at all home games. They are required to know the game of football, know the Broncos team history, understand referee signals and know what other teams in the league are doing, as well.

“We pride ourselves on our knowledge and love for the game of football,” she said. “We can’t lead a crowd if we don’t know what’s happening on the field.”

The women practice two evenings a week and attend all home games. In terms of exercise, the women don’t have a set fitness schedule. Instead, most take yoga classes, visit the gym or participate in other workout programs on their off days.

Along with their cheering duties, the women also give of their time racking up 400-plus hours of community service time in the Denver area each season.

LaViolette said her favorite outside activity is working with the Dare to Cheer program, which works with the Global Down Syndrome Foundation.

Dare to Cheer is comprised of young girls, boys, men, and women with Downs Syndrome who love to cheer and love the Denver Broncos.

“Having a brother with special needs makes this program especially close to my heart,” LaViolette said.

While those commitments keep LaViolette and the other cheerleaders busy, this isn’t their lives.

In fact, it is just a part-time job.

Among the cheerleaders are law students, master’s program students, mothers and those who have a full-time job. LaViolette has had several jobs in her time in Colorado and is currently serving as co-director of marketing and social media at The Sawaya Law Firm in Denver.

As for going to California for the Super Bowl, LaViolette said she’s ecstatic not only for the game but the connections she will make.

“Something that is specifically special to the DBC is the chance to meet the Panthers Cheerleaders and to share the field with them,” LaViolette said. “We love getting to meet women who love football just as much as we do and care for the hometown and state communities on the same level.”