By Vicki Terwilliger
The Repubic-Herald

A Valley View woman’s hoping the view from the sidelines at Philadelphia Eagles football games is one she’ll bring into focus. 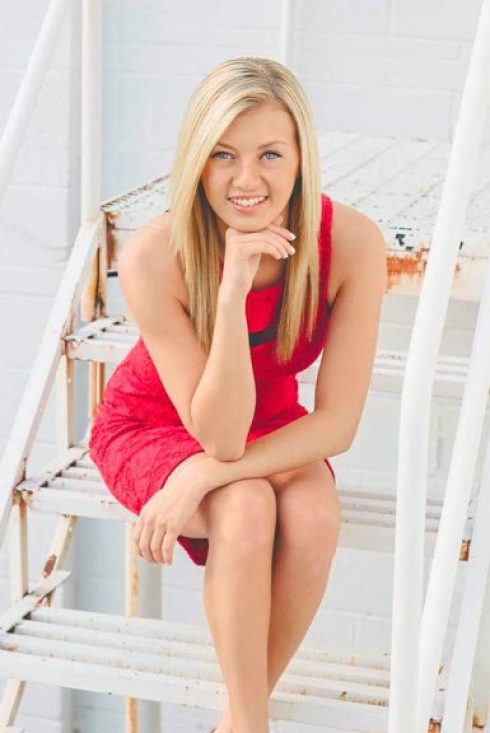 Amanda Lyn Gerber will soon try out for a spot on the team’s cheerleading squad at Lincoln Financial Field, home stadium of the National Football League’s Eagles.

It’s a position she’s been in before — just one of 400 hopefuls vying for the opportunity.

“Last year when I was cut after the third audition round, I immediately knew I would be trying out again this year because it was truly one of the most exhilarating experiences in my life to date,” Gerber, 20, said. “I was given the opportunity to meet so many amazing people, and I learned so much about my own skills and abilities, as well as confidence in myself.”

Gerber spent the last year preparing for a few short moments in front of the judges. Boosting her dancing abilities was something she was committed to do in order to become a professional cheerleader.

She’s currently a student at Penn State Berks Campus, Reading, studying communication sciences and disorders, and will further her education in State College this fall.

“I immediately began looking for studios that I could take classes at once my fall semester started up. I actually found an amazing coach through a mutual friend of my mother, and she was just beginning to teach at Dance Fusion Studios in Reading. I started taking private lessons towards the end of August, and in September I joined a jazz class at the studio.”

Gerber has her own fan base of family members who’ll be rooting for her again this year.

She resides with her mother, Ruthann Harner; stepfather, Chad Harner; and two younger brothers, Brenton and Kaden Harner. She’s also the daughter of Gary Gerber, Shamokin, and has an older brother, Jonathon Gerber, who resides in Florida. Gerber is the granddaughter of Ruth Riley, Valley View, Bruce and Penny Johnson, Gratz, Sandy Gerber, Quakake, and Kim and Janice Harner, Sacramento.

This year’s tryouts will begin with a dance prep workshop and mock audition on Feb. 16 and 17, respectively. Gerber said that’s the time when she’ll learn the audition dance two weeks prior to the open call audition, which is March 5.

“I will definitely be accompanied by my mother and my older brother, Jonathon, and hopefully more members of my family as well. However, the open call audition is not open to the public so they cannot watch my audition. If I advance past the open call auditions on March 5, I will likely have a second audition that same day that determines if I make it to semifinals.”

Gerber’s unsure of the exact number of cheerleaders they are looking for, but recalled last year they were seeking about 40 people.

“The tryout process is pretty simple,” she said. “You are taught choreography very similar to what the Eagles dance style is. At the open call audition, you are given a number, and you perform in groups of around 10 girls. The judges are looking for girls who can memorize and perform choreography correctly, have skills in dance, and who just generally look happy while doing it.”

“I recall a member of the crew saying last year, ‘We aren’t just looking for dancers, we’re looking for models.’ So, fitting the part is pretty cut and dry,” said Gerber, who has participated in cheering since she was young, in high school, and now as a cheerleader for the Penn State Berks men’s basketball team.

The preparation has been an entertaining part of the journey, she said.

“The most exciting and fun part of this process, though a little stressful, is the preparation — getting my hair done, ordering the perfect, flashy and bold audition outfit, getting photographs taken for my portfolio and so much more. The most challenging part has been completely dedicating myself to being prepared for this year. It was very difficult with work and school, but I’ve really focused on being in shape and eating clean to prepare for this year’s audition. I’ve worked hard in my dance classes, and improved my flexibility and dance skills tremendously, although there is still always room for improvement.”

She’s planning on using her past audition experience this time around.

“Right before my audition last year, all I kept telling myself was that I should be happy no matter what the outcome is, because I was so proud of myself for even having the guts to audition in the first place considering there were over 400 girls at the audition. I almost felt a little in over my head, but excited at the same time. I was not surprised when I was cut after the first round, and I was still so thankful for the experience. So, a few days after the open call audition where I was originally cut, I received a phone call from the director asking if I would be interesting in coming back for the semifinal audition. I’m sure you can only imagine how excited I was, and of course I said ‘Yes!’ I think I was already dialing my mother’s phone number before I even hung up with the director because I was so anxious to share the news.”

She took another trip to Lincoln Financial Field to learn the choreography for the semifinal audition, and a few short weeks after that was faced with yet another “nerve-wracking” audition, she said.

“This time I was dancing along side just one other girl, and the audience was not only the judges, but also 50 to 100 Philadelphia Eagles season ticket holders. I barely even remember auditioning. It was so quick and I had so much adrenaline. But, again I was happy with whatever the outcome was. Unfortunately, only about 75 girls made it through the semifinal round and I was not one of them, but the amazing feeling I had after auditioning that day still plays through my head,” Gerber said.

She added, “I’ve dreamed about cheering for them since I was young.”