Perhaps channeling his inner Robin Williams, Late Late Show Host James Corden, along and the guys from A League Of Their Own, joined the Rams Cheerleaders performance during the Seahawks game. Let’s go to the video, and another at this link.

We’ll have to wait and see if other celebs embrace the chance to join the Rams Cheerleaders this season. 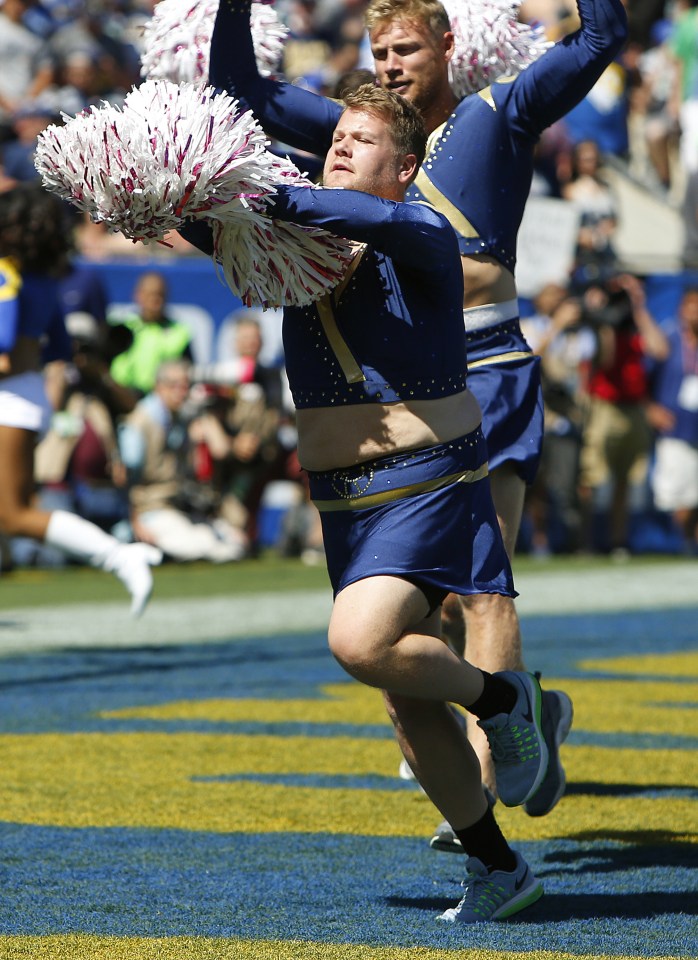 And donning the uniform harkens back to the 1970’s, when an episode of Mork and Mindy featured Robin Williams joining the Denver Broncos Cheerleaders. Sorry kids, it was a hairier time. People accused celebrity males (Andy Gibb) of augmenting themselves with chest toupees. Yep, you had to be there.