Editors note: reader Wendi sent us a link to an interesting Fansided article.

Tampa Bay Buccaneers cheerleaders weren’t about to let the Tennessee Titans disrespect their midfield logo. So they formed a line across it.

If the Tennessee Titans thought they’d be able to gather at the Buccaneers midfield logo at Raymond James Stadium, they were sorely mistaken.

Tampa Bay’s cheerleaders formed a line across the logo to stop any shenanigans from happening. 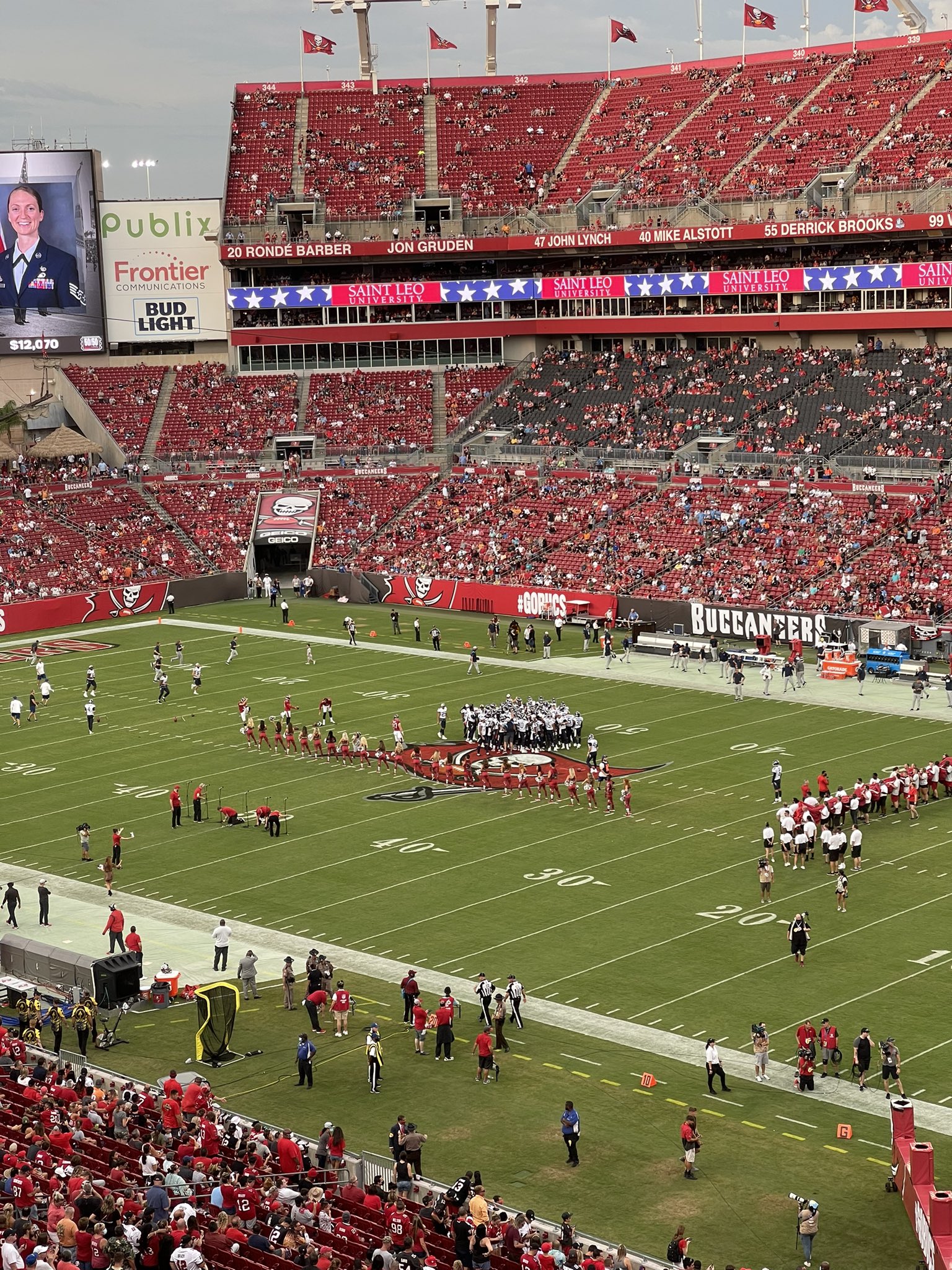 The Bucs cheerleading squad is keeping the #Titans from “disrespecting” the Bucs logo at midfield pic.twitter.com/Cw5m0yXgYp

Midfield logos are often a target for opposing teams. The Titans specifically are known for gathering at midfield for a team meeting before games. Logos have been stomped.

To read the rest of the Fansided article, click here.