UPDATE: 3/10: The Oakland Raiderettes have announced their audition dates.

UPDATE 3/7: The Los Angeles Rams have just announced their dates!

UPDATE 2/23: The Gold Rush and Saintsations have just announced their dates.  Still eagerly awaiting the Los Angeles Rams to announce.

UPDATE 2/18: A few more NFL teams have announced their dates since the last posting (JAX, S.D., TTC, WRC, AZCC, TBBC).  Stay tuned…we will update this list on a daily basis. 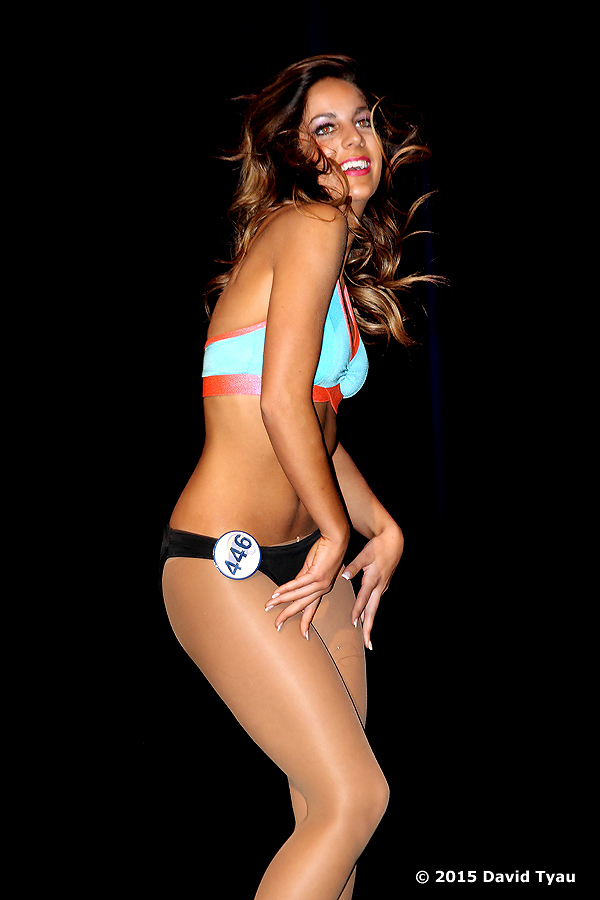 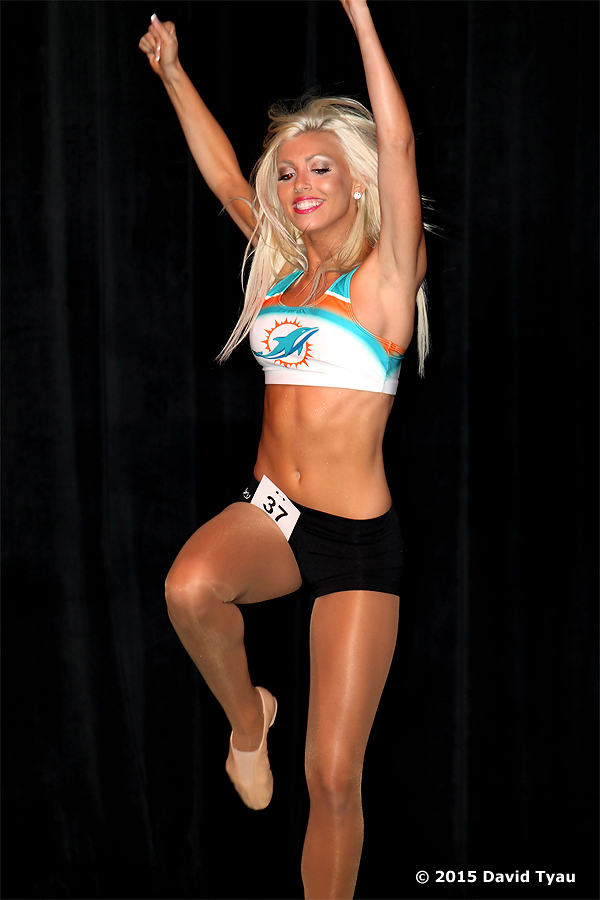 Last Friday, November the 6th marked the last Toronto Argonauts game at Rogers Centre (formerly Skydome). The team moves to BMO Field next year and hopefully the Argos Cheerleaders will be there as well. Toronto won 21 to 11 over the Winnipeg Blue Bombers. 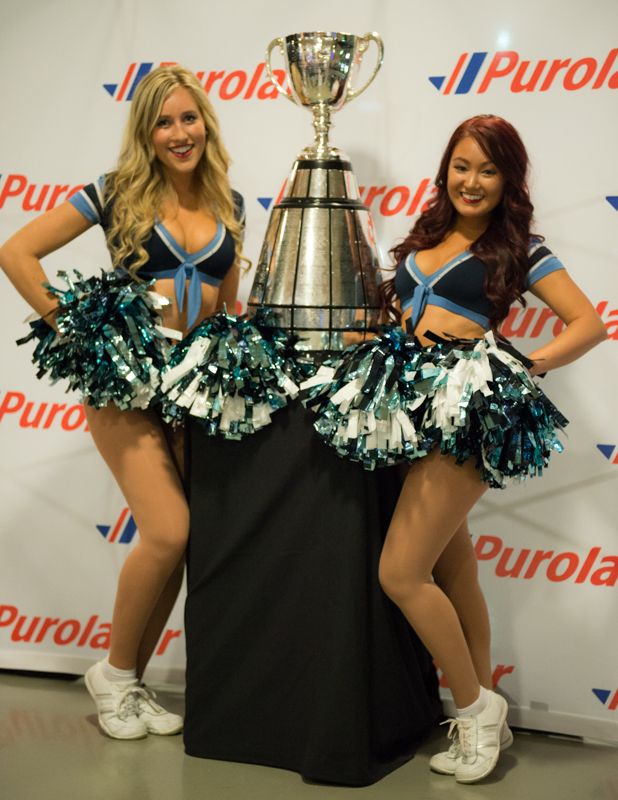 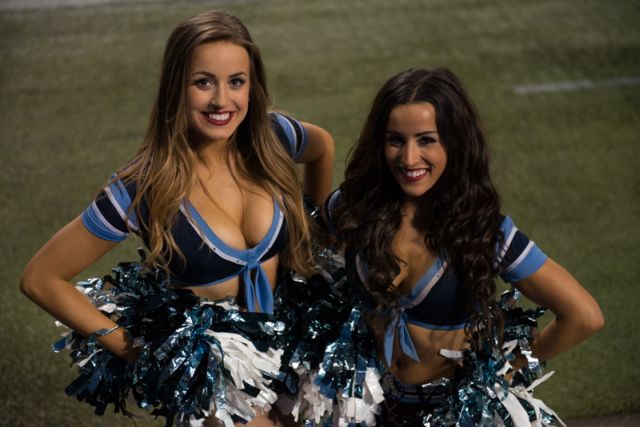 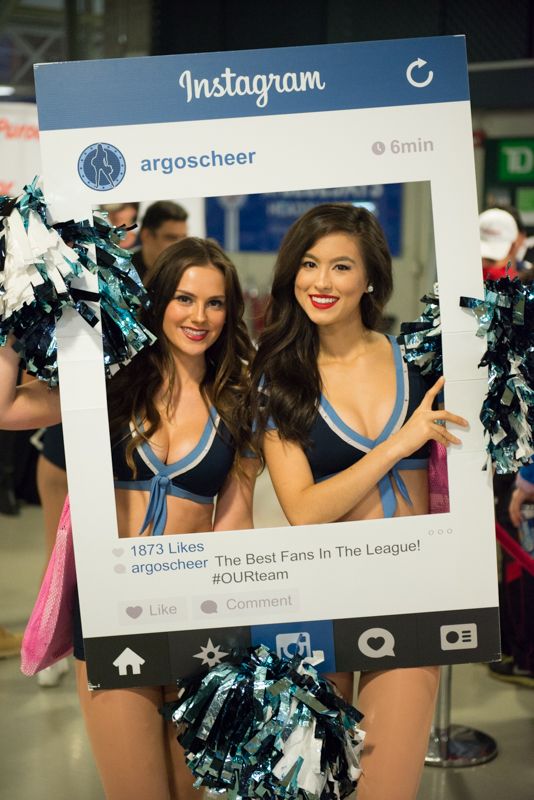 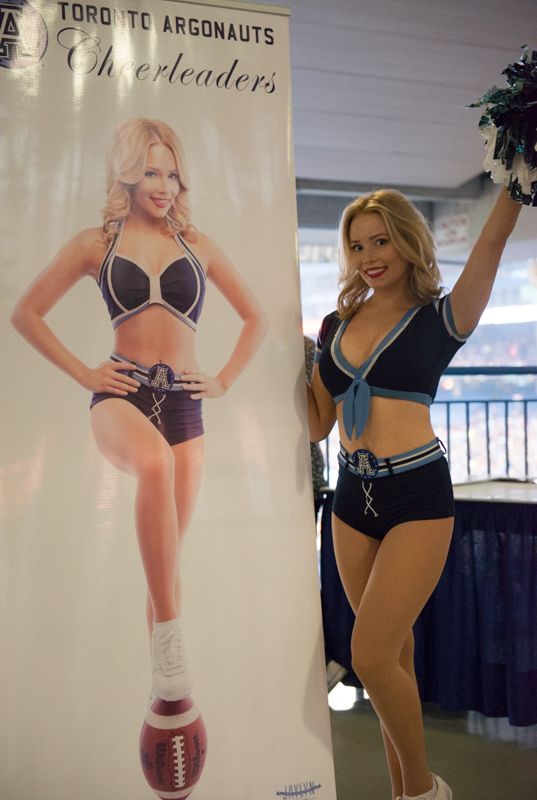 Courtesy of our friend from North of the border at last Friday’s game: 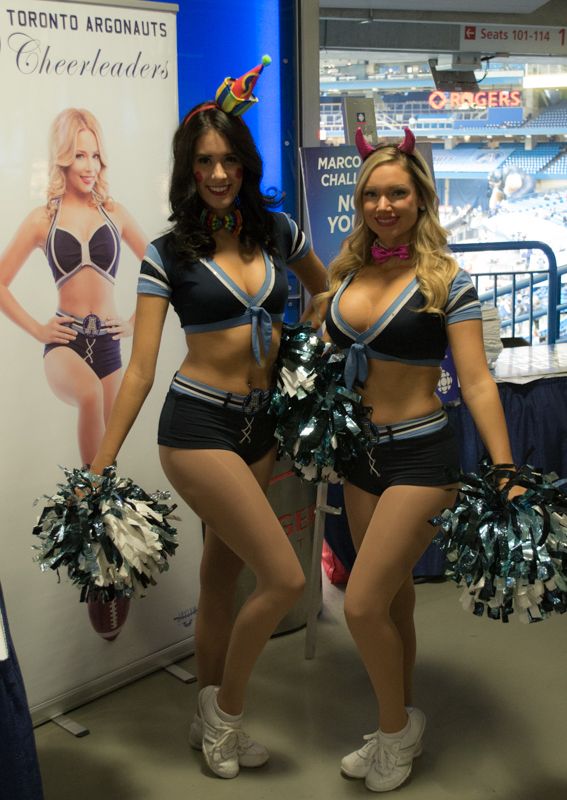 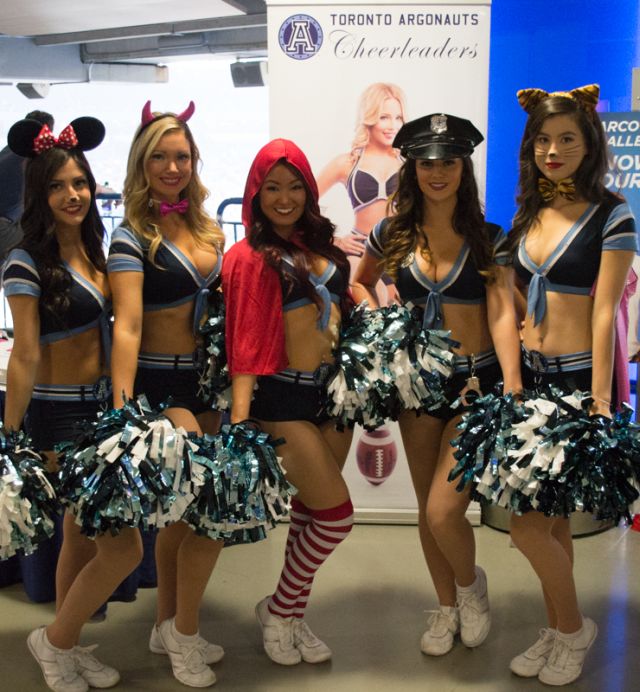 On October 23, 2015, members of the CFL Toronto Argonauts Alumni Cheerleaders squads from 1945 to 2014, performed at the Argos’ annual PINK game in honour of women’s cancers.

The current Argos cheer team also performed as part of the half-time show, along with a special appearance by Canadian country music star Tim Hicks, who played two of his current hits.

With just a few rehearsals and one quick pre-game practice together, these dynamic ladies put on a rousing half-time show, all together, complete with video and photo footage of Argo cheerleaders from decades past.

Cancer has touched each of these Alumni Cheerleaders, either personally, or through family, friends or colleagues. Each October the Alumni Cheerleaders work together to present this show in honour of the cause. With the addition of the Argoettes into the show this year, the annual PINK game for Toronto keeps getting bigger and better!

This year’s PINK home game was moved to Tim Horton field in Hamilton, due to scheduling needs of the MLB Toronto Blue Jays, who share the Rogers Centre. The Rogers Centre is the Argos’ home, until the end of this season. The Toronto football club moves to BMO Field next season, for a new era of football memories to begin!

Toronto lost to the Montreal Alouettes at this year’s PINK game, but it was a win in the fight against cancer. The CFL Argos are North America’s longest-running professional football team. Next year, Toronto hosts the Grey Cup (Canada’s Super Bowl). Watch for the Toronto Argos Alumni Cheerleaders to be strongly involved in Grey Cup Festivities when Toronto hosts the Canadian Football League’s pinnacle event in November 2016! 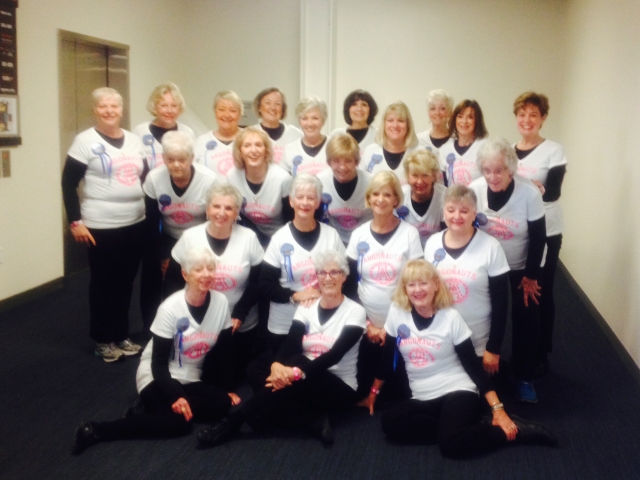 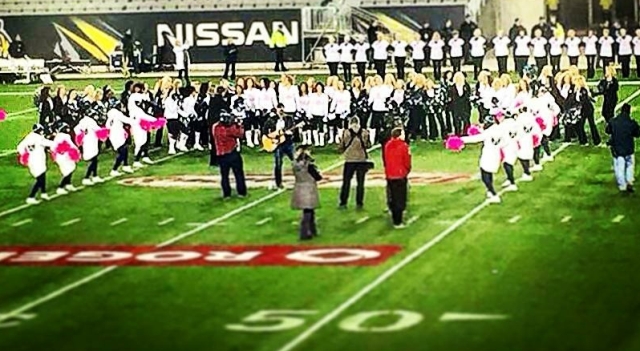 The four participating cheer groups dance with Canadian country star Tim Hicks at half-time, prior to their choreographed routine. 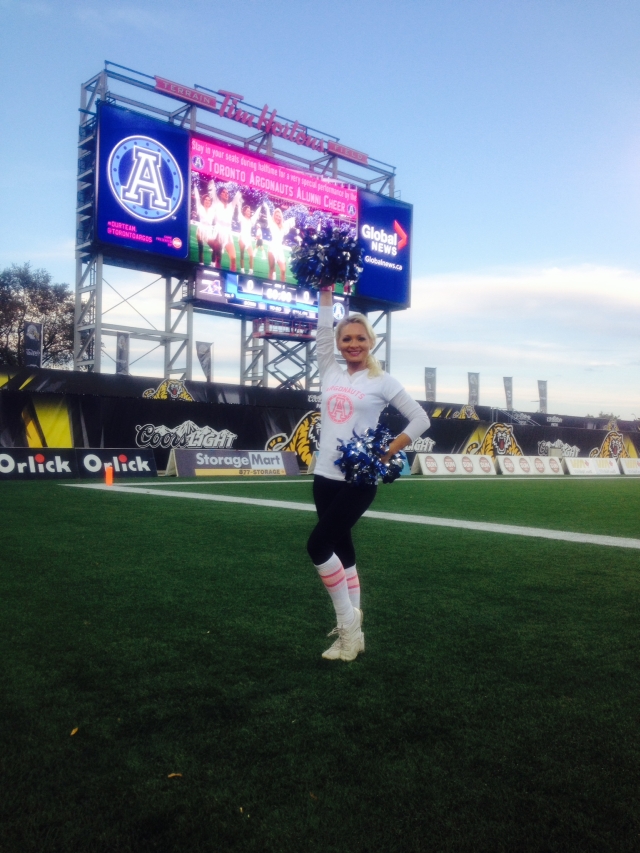 Article contributor Elizabeth Morgan after on-field rehearsal, with the Alumni logo on the Jumbotron. 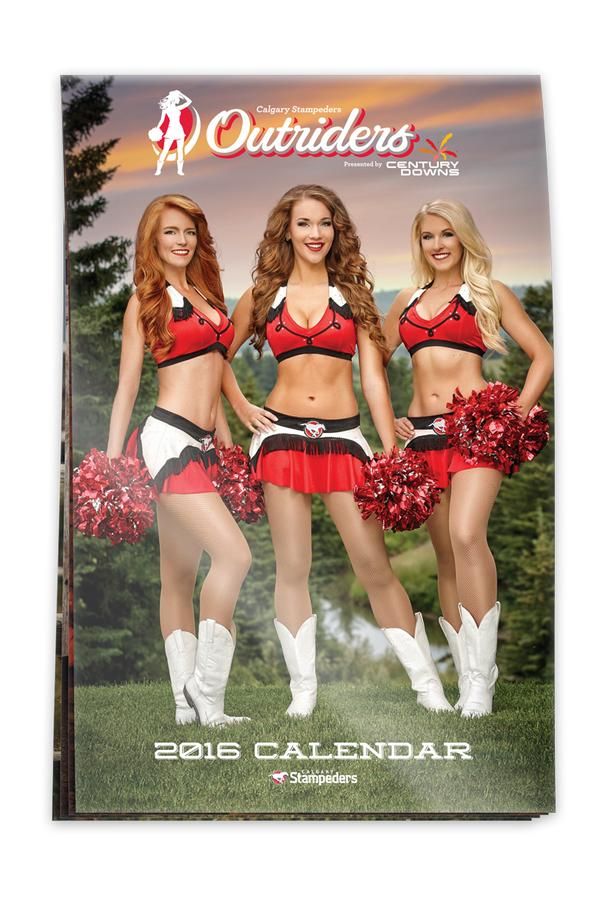 Sports Illustrated: With the 2015 Canadian Football League in full stride in early August, here are some photos of the league’s cheerleaders, both past and present. [Click here] to check out the gallery. 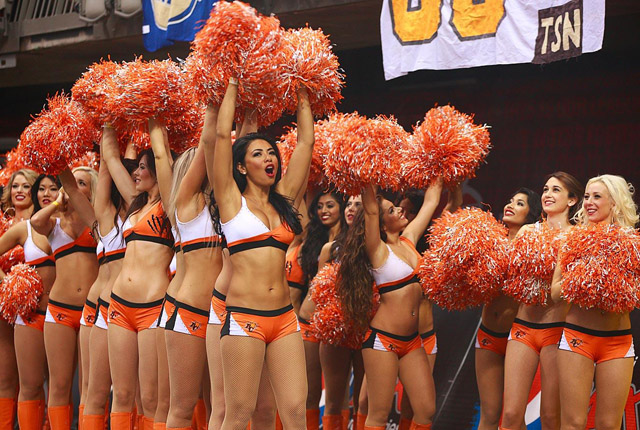 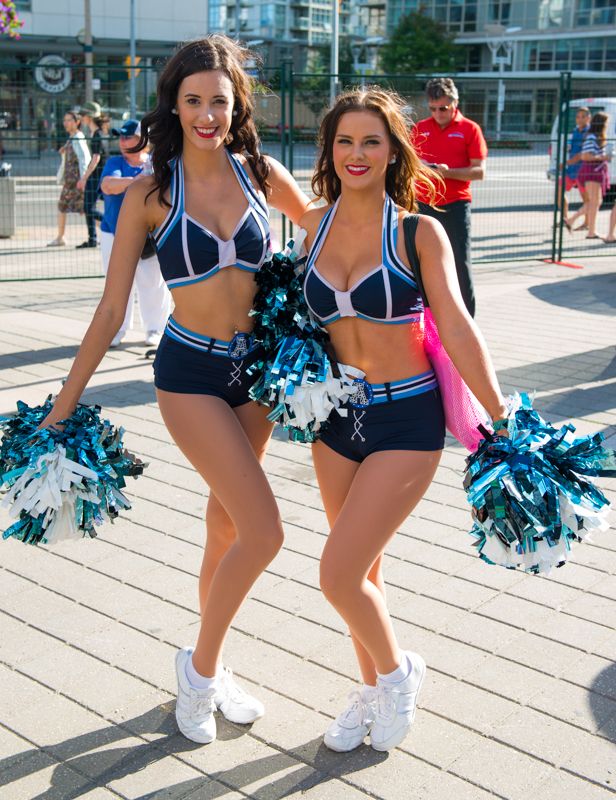 Toronto Argos Cheerleaders Kristen and Leanne outside the Roger’s Centre on Saturday. Photo courtesy of Rick

Courtesy of our friend Rick from North of the border, the Toronto Argos Cheerleaders at an appearance in June. 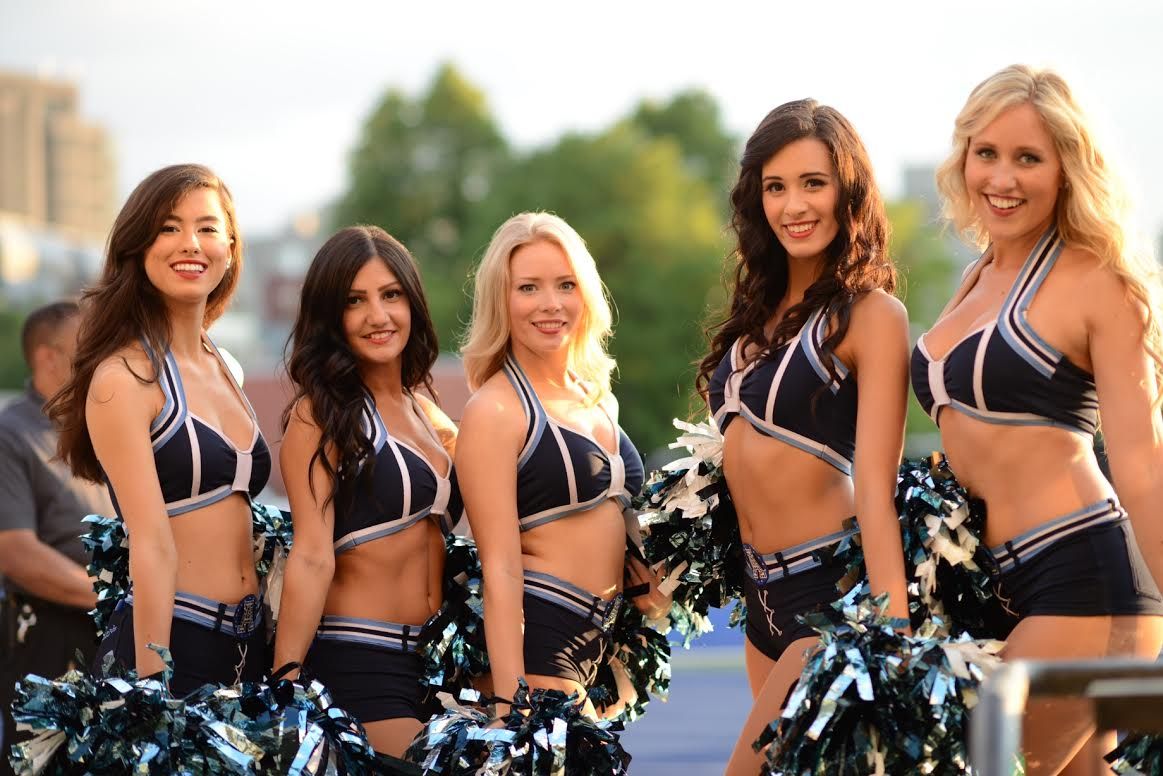 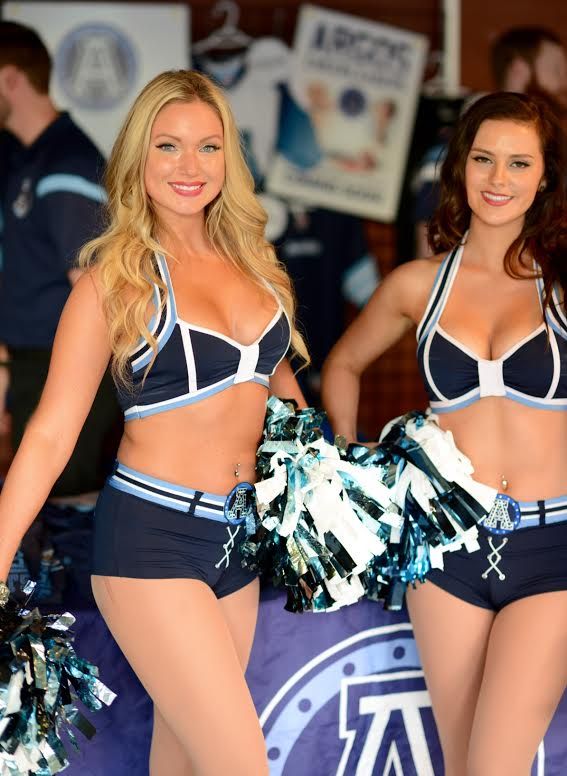 By Shireen Khalil
The Herald Sun

In school she had high hopes of becoming an international cheerleader — now an official cheerleader for the NFL’s San Diego Chargers, Angela Minucos has realised her dream.

After working up the courage to audition for the Chargers’ cheerleading squad, Ms Minucos beat more than 400 other women to become a Charger Girl. 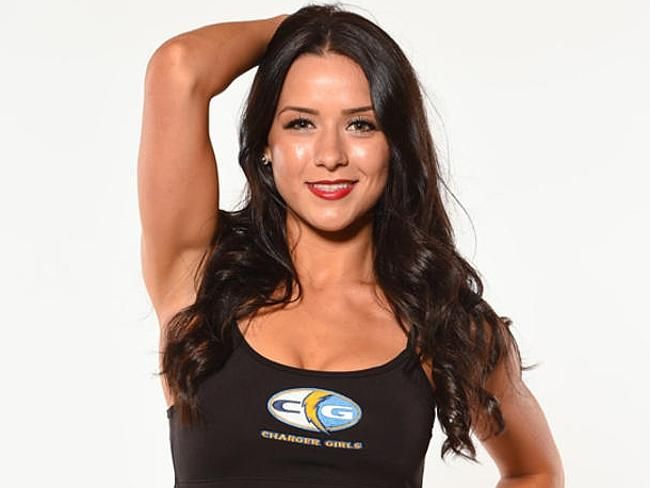 “When you know there are going to be that many talented women competing for the same spot, it is very intimidating,” Ms Minucos said. “But I am so fortunate to have such an amazing support system.”

The former Rosebank College student was a cheerleader for the ­Toronto Argonauts in the Canadian Football League for two years before getting a spot in the popular San Diego squad.

“That was when my passion for cheerleading really exploded. I saw a whole other professional side to cheerleading,” she said.

“ When I returned to Australia I knew I wasn’t ready to finish and instantly began making plans to go to America and take the next step into the biggest league, the NFL.”

She said the auditions were extremely tough with hundreds of girls vying for a spot with the San Diego Chargers,

“The first interview is a one on one with the Charger a Girls Team Director Lisa Simmons,” she said. 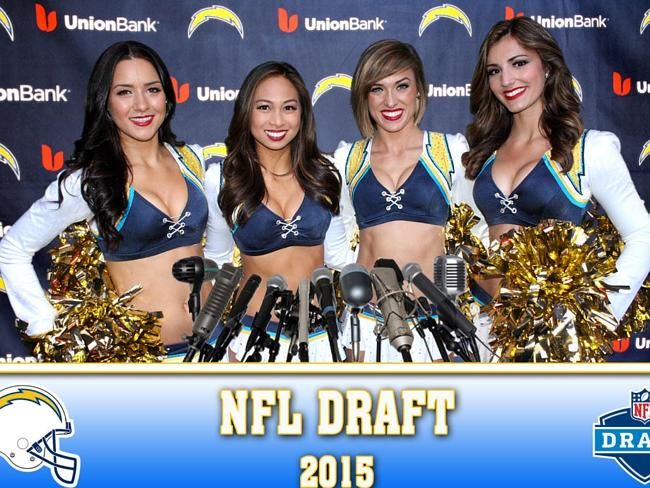 “From there a panel interview with several Chargers executives and personnel, where by you can be asked all sorts of questions, from your personal experience to statistics and information about the Chargers organisation and its football players.”

“For me, the best part of being a cheerleader is giving back to the community.

“Taking part in anti bullying programs, healthy lifestyle initiatives for kids and raising money for important charities is a huge reason why I do what I do.”

Ms Minucos is currently living in San Diego and can’t wait to kick off the season.

“ We started our preseason training immediately following the auditions and it has been non stop since. I can’t wait for the season to begin and having all of this hard work and preparation pay off on the field when I get to dance in front of 70,000 Chargers fans!” 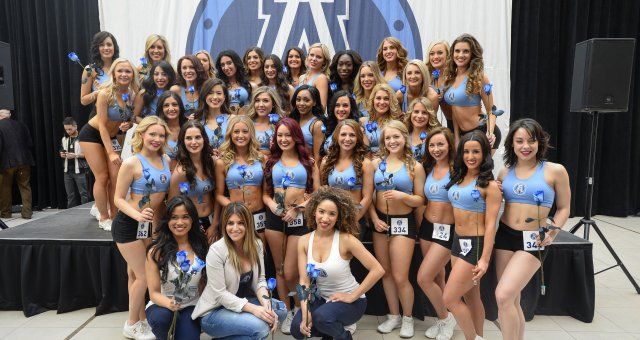 The BC Lions Felions Dance Team host an audition for about 100 dancers Sunday at the Scotia Dance Centre in Vancouver. About 55 will be selected by the end of the audition, with follow up interviews Monday, whittling the total to 40 finals for the Felions Dance Team 2015. 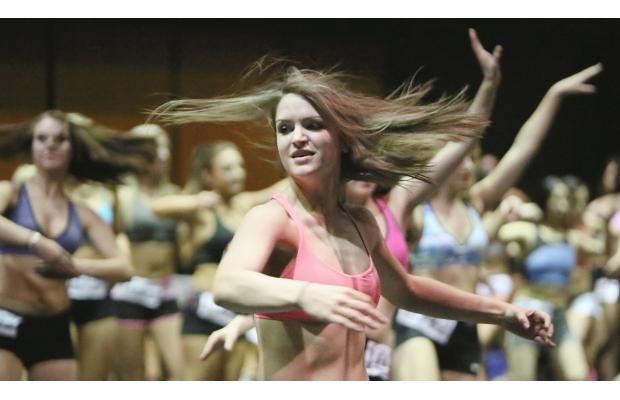 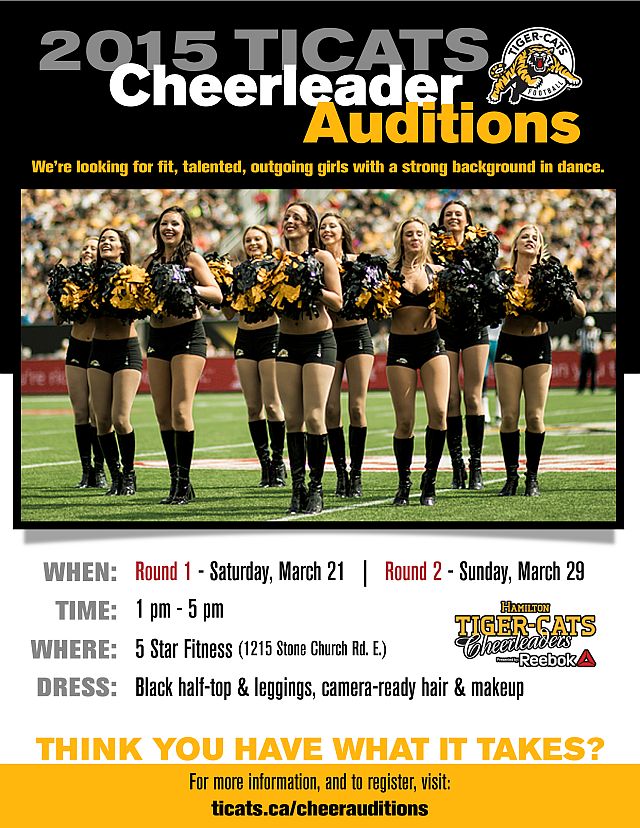 Think you have what it takes to be a cheerleader for the Toronto Argonauts Football Club?

Now is your chance to be a part of the Canadian Football League’s most exciting and established cheerleading team. On the field, you will feel the energy of nearly 25,000 fans at the Rogers Centre. Off the field, you will have the opportunity to support some meaningful charity events and causes. This is your opportunity to represent your city and make memories to last a life time!

**Please note this round is strictly CLOSED to the public

**Please note this round is OPEN to the public!

Dance/Workout wear- Sports bra (your midriff must be exposed) and shorts only (no baggy pants or leggings).
Camera-ready hair and makeup (hair must be worn down)
Running/athletic shoes

**A photo MUST be sent with your application to be considered

Deadline for applications are:

As a former cheerleader with one NFL team (Buffalo Bills) and two CFL squads (Toronto Argonauts and Hamilton Tiger-Cats), dance instructor Elizabeth Morgan works hard to inspire her pupils of any age to follow their dreams. 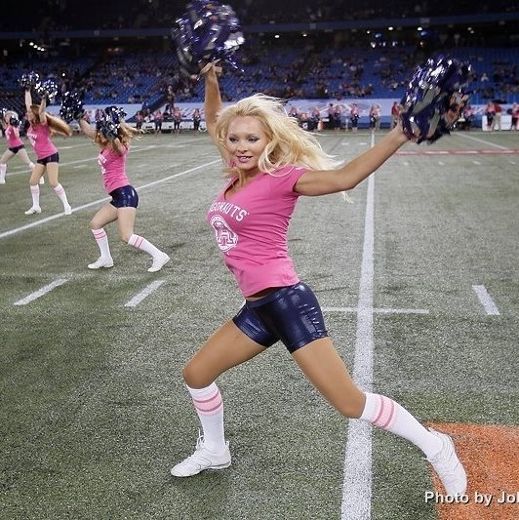 Morgan has created a recreational dance program in Grand Bend in an 8-week introduction to movement for children ages 4-teens. Classes will focus on the basics of ballet, jazz and acrobatic dance. Some hip hop may be incorporated into the older class.

Morgan has danced since she was three as well as studied classical music, fitness and drama-in-education. She is a graduate of Western University, a certified teacher with the Canadian Dance Teachers’ Association and a member of the International Dance Council which is an official UNESCO world dance organization.

“Last November I lectured, as the sole Canadian delegate, at their world congress held in Russia, as well as voted on behalf of Canada on IDC world dance events for 2015,” she told the Lakeshore Advance.

She was a professional cheerleader with the NFL Buffalo Bills, CFL Toronto Argonauts and CFL Hamilton Tiger Cats for many years. She was selected as a Captain on each of those teams and was a Pro Bowl Finalist one year. “I still do guest choreography for the CFL and other pro and university teams, as well as coordinate my fellow alumni for the “Argos Alumni Cheerleaders’ Annual Halftime Show for Women’s Cancers” in Toronto every October. I am a competition judge and also teach guest workshops across North America.”

Currently, Morgan owns and operates Expressions Dance Arts Inc. This is their 22nd season in business.

She dropped into the Grand Bend Fitness Centre one day in December to check out their space. “They have a lovely expansive studio room with mirrors that is perfect for all sizes of dancers young or adult. I met a very friendly front desk staffer who recommended that I contact the Fitness Centre owners about getting a new dance program going at their facility. A few months later, voila! We are planning our first session,” she said adding this will be a trial session, “which means there is added benefit in that I can develop of the dance programs to meet the interests and skill levels of the children and youth in the community. This is a partnership between Expressions Dance Arts and the Grand Bend Fitness Centre. Our shared goal is to provide an inspiring new arts and fitness outlet for the community.”

Students will learn basic terminology, steps and combinations in these forms. The emphasis will be on fitness, fun, creative expression and building self-confidence and teamwork skills. Boys and girls, beginners as well as those with prior movement experience are all welcome.

Following the completion of this spring session, we plan to host summer classes. We will then begin a fall session. We are open to adding additional levels and genres as needed, as time goes on, to meet the growing demand for classes in Grand Bend.

Fitness and Personal Artistic Expression are extremely important to the development of healthy young minds, bodies and therefore to the future development of communities. Dance and cheer in particular teach not only physical fitness, but these disciplines also utilize math, memory work, teamwork, problem solving, socialization and creative skills. These are elements that will benefit any young person well beyond their lesson years and far outside the boundaries of the studio classroom.