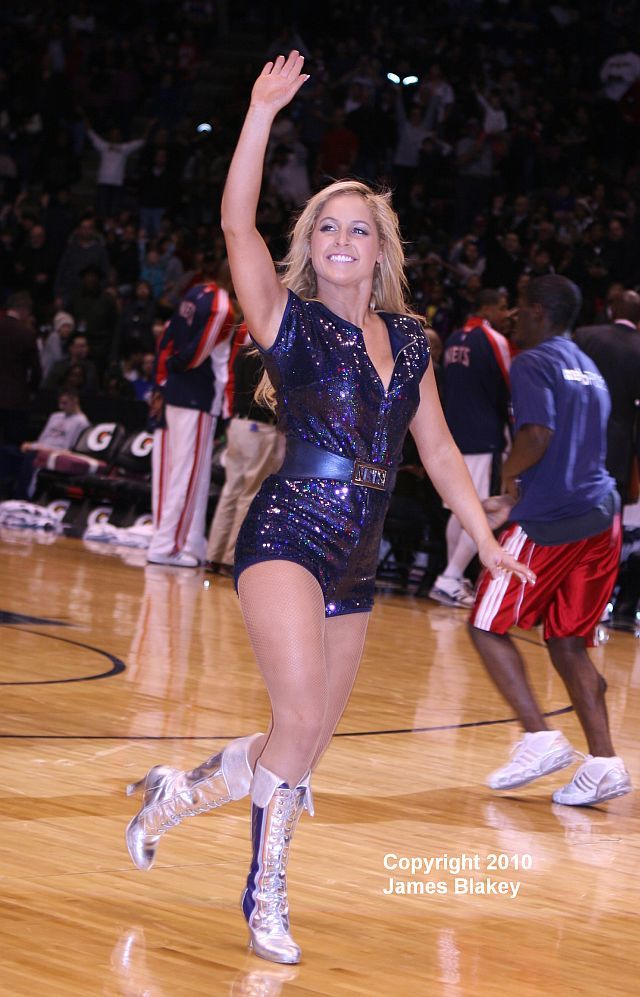 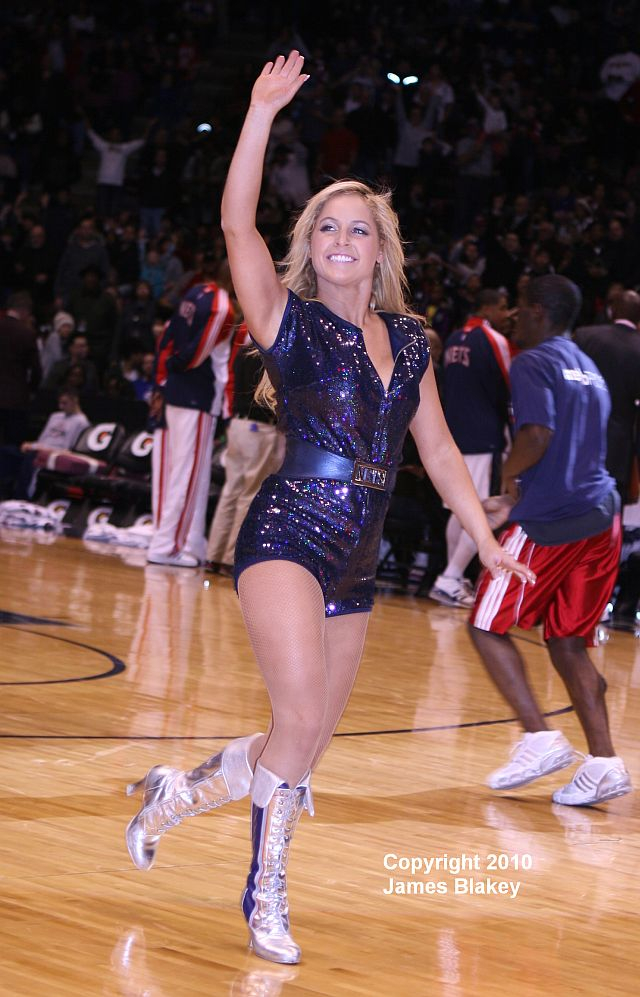 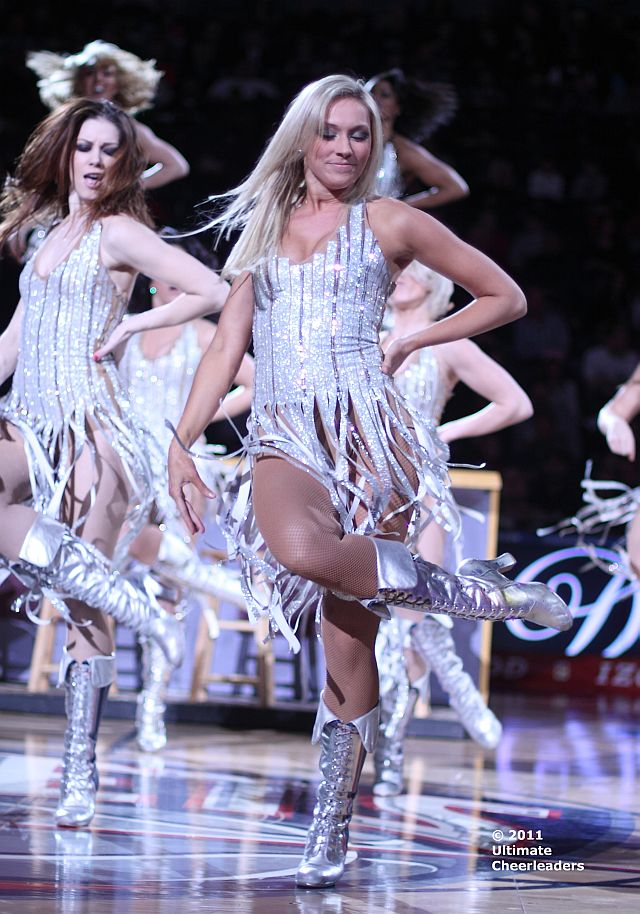 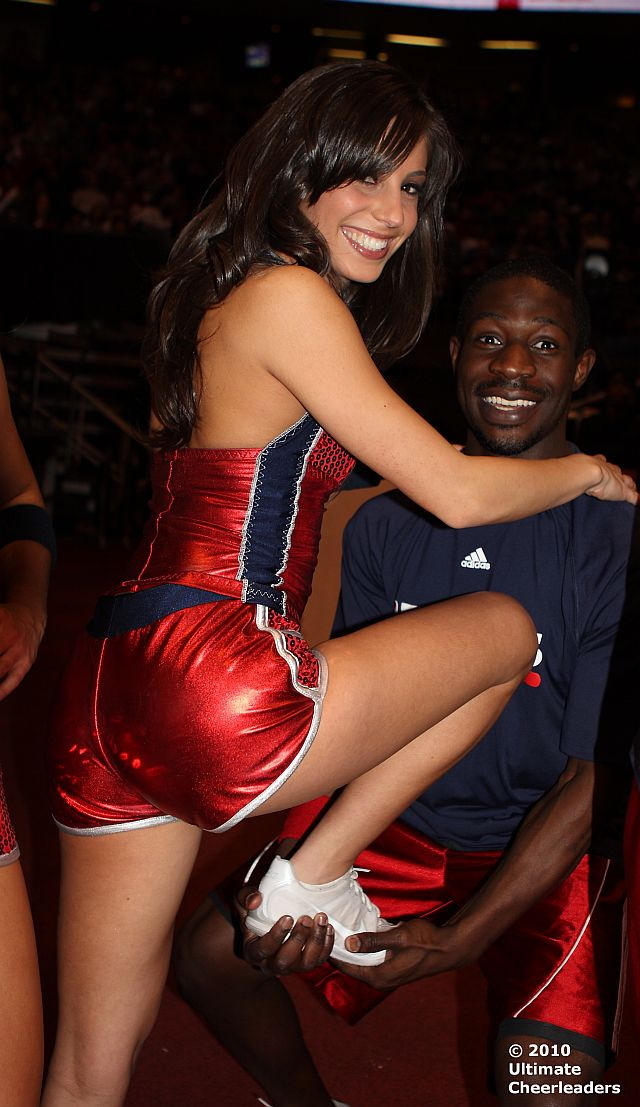 A couple of members of the Nets Team Hype

From the Nets Dancers Blog:

Sadly our time in Guangzhou is coming to an end. Today we had a final appearance for Lenovo at a local mall. We participated in interviews and performed dance routines for our fans who filled the four levels of the mall to cheer us on. 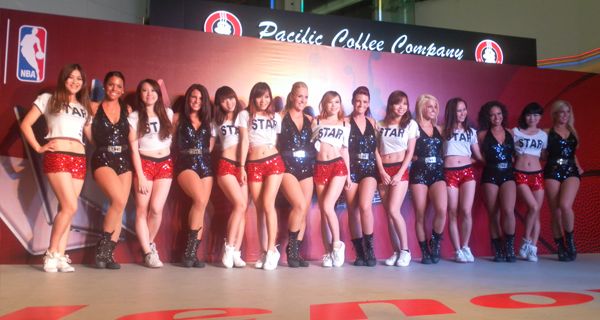 Meeting our fans and a local dance team were highlights of our visit. The mall was filled with tremendous energy, and it was a great way to end a successful trip!

After our performance we had time to go shopping at the Mouse Street Shopping Center, also know as “Women’s Street.” We were able to purchase locally produced items and experience the culture and different styles of China.

Our night ended with a team dinner at the hotel. We reminisced about our time in Guangzhou and how fortunate we were to have this opportunity to perform for our fans in China once again. We had a great time, and we hope to come back soon!

Check out the rest of the posts from China and see some video of the Nets Dancers in Action.

A trip to Prudential Center is always more than just a trip to see a basketball game. Last month I traveled to Newark to see the entertainers who take center court when the players take a break:

The New Jersey Nets website has been updated with new photos and info for the 2011 Nets Dancers. Click here to check it out! 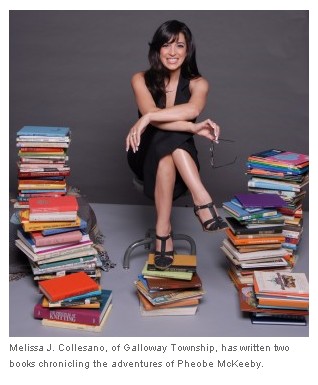 When Melissa J. Collesano, of Galloway Township, was a professional dancer and cheerleader for sports teams such as the New Jersey Nets, fans were often shocked to learn about her day job.

“Here I am in my glitter and pompoms,” Collesano said of times when she talked to fans and signed autographs. “They couldn’t believe I was actually a librarian.”

So when she started a business to promote reading, and the children’s books she’s written, she wanted to make it fun and show her “sassy side.” And the Book Babe website and blog were born, she said.

Collesano, 39, has written, illustrated, and self-published two books: “Pheobe McKeeby’s Garden Apartment,” about generosity, and “Pheobe McKeeby in ‘I Promise I’ll Take Care of the Dog,'” about responsibility. The librarian at Fernwood Avenue Middle School in Egg Harbor Township since 2005 also plans a series of character trait books.

Collesano began cheering in second grade and was the first cheerleader inducted into her hometown’s athletic hall of fame in Elmwood Park, Bergen County, she said. Her husband, Pete, is a gym teacher at Eagle Academy in Egg Harbor Township. They met when he was the football coach and she was the cheerleading coach at a high school in North Jersey. They have a 1-year-old son.

She will be featured in Authors’ Alley during the 2011 New Jersey Education Association Convention, Nov. 10 to 11 at the Atlantic City Convention Center.

Walking for the cure

Southern Regional High School special education/English teacher Dawn Bischoff, of the Manahawkin section of Stafford Township, is walking 60 miles this weekend in the Susan G. Komen 3-Day Walk for the Cure, which started Saturday. She and two other women on her Soul Sistas team will join thousands of women walking through Philadelphia, sleeping along the route. Bischoff’s team has already raised more than $7,726 for Komen’s programs to help women with breast cancer.

Everyone Has a Story appears Sundays, Mondays, and Wednesdays.

For information on Melissa J. Collesano’s books and her blog, visit www.bookbabe.net

And the routine he taught was ambitious to say the least:

Three familiar faces you may recognize on the new squad:

Congrats to the 17 dancers who are on their way to the Nets Dancers Finals.

Another audition is scheduled for Brooklyn this Saturday. Details here. Finals are next Monday night. 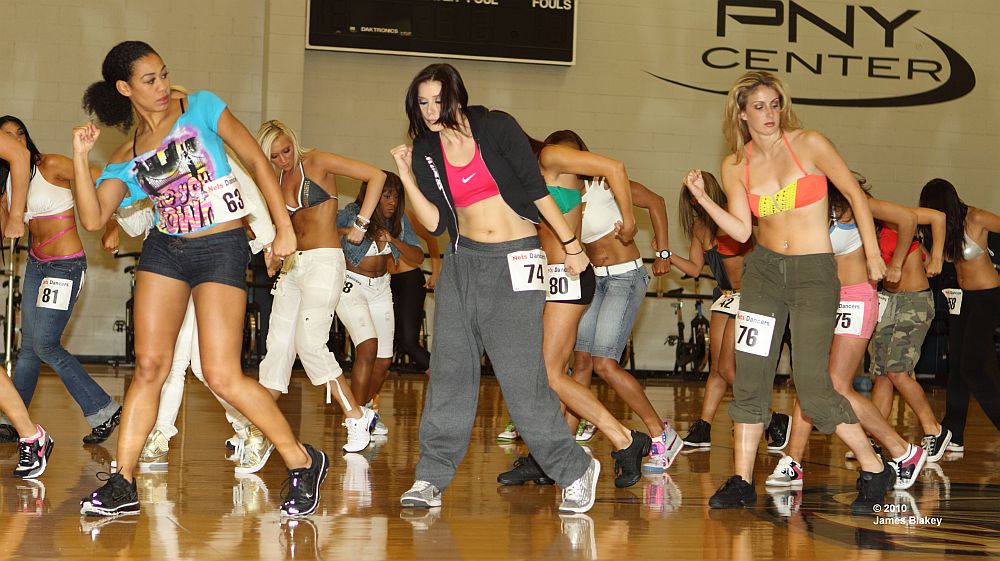 – Dancers may attend either open audition.
– Dancers must be 18 or older & have at least 8 years of technical dance training.
– Tumbling skills are a plus, but not required.
– Wear fitted attire & non-marking sneakers or dance shoes.
– Arrive in performance ready hair & makeup.
– Select dancers from each open call will be invited to attend final auditions the evening of Monday, June 27.

WANT AN EDGE? SIGN UP FOR A PREP CLASS!

– Get the ultimate NETS Dancer experience!
– Spend five days training with the NETS Dancers.
– Learn two complete NETS Dancer routines straight from the court.
– Get an automatic pass through the first round of auditions!
– Receive one-on-one feedback & personalized tips from audition judges.
– Receive a gift bag with an exclusive NETS t-shirt & a NETS Dancer poster.
– Open to trained dancers ages 14 & older.
– $200 for the five-session package. Space is limited. 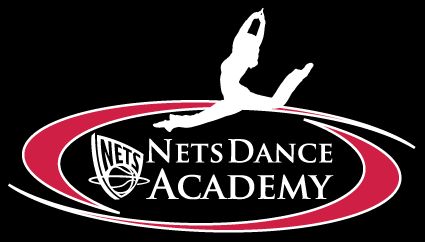 LOOKING FOR AN EDGE AT THIS SUMMER’S NETS DANCER AUDITIONS?

Sign up now for one of our three-hour Audition Workshops, or get the ultimate NETS Dancer experience at our five-day NETS Dancer Boot Camp. For the first time, all Boot Camp participants will receive an automatic pass through the first round of auditions!

NETS Dancer Audition dates will be announced soon. Follow us at www.facebook.com/NetsDancers to be the first to know! For more information on the Nets Dancers, visit http://www.netsdancers.com 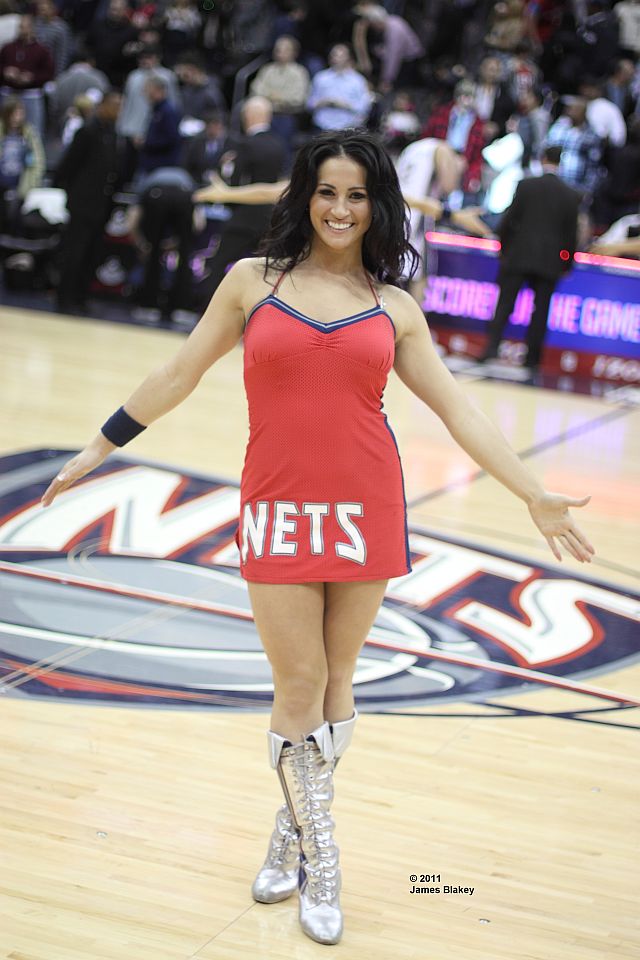 Go to a Nets game and sure you expect to see the Nets Dancers, but there’s actually a whole lot more to see:

Okay back to the Net Dancers. For the 2011 NBA Dance Bracket each team is submitting a video of an actual game performance. For their video, the Nets Dancers pulled out all the stops. They borrowed a bar set from a friend and had Team Hype hustle it onto the court at the end of the 1st quarter.

The Nets broke out the military uniforms for a third quarter performance, they got pushed back to the 4th quarter, when the crowd started going crazy as the Nets climbed back from a 20 point deficit.

A big thanks to the Clipper Blake Griffin, who missed a free throw with 1.2 seconds remaining in regulation, sending the game into overtime and giving the Nets Dancers one more chance to dance.