Be part of the action by voting for your favorite Charger Girl among the top three candidates chosen by the Charger Girls themselves. The winner will be announced this Sunday, December 20, 2009. 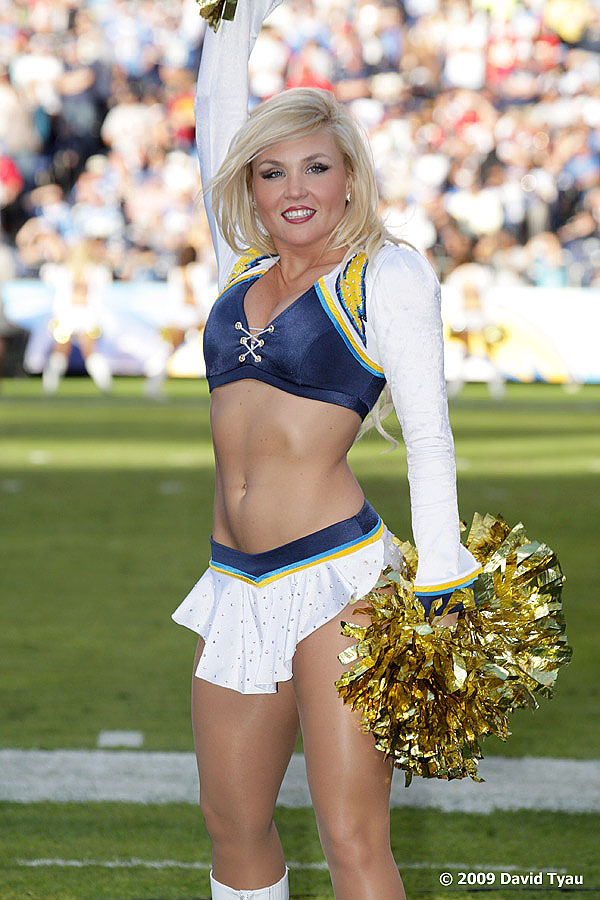 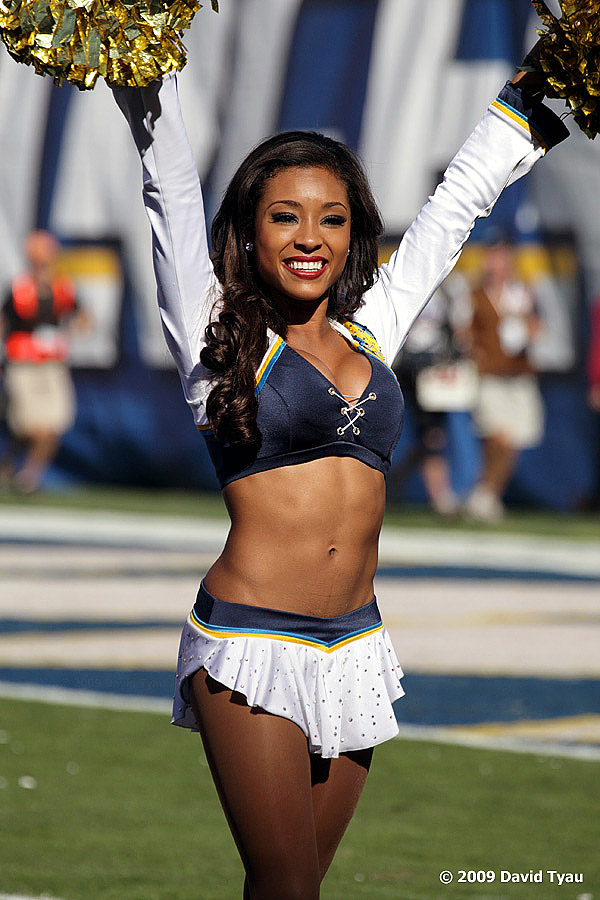 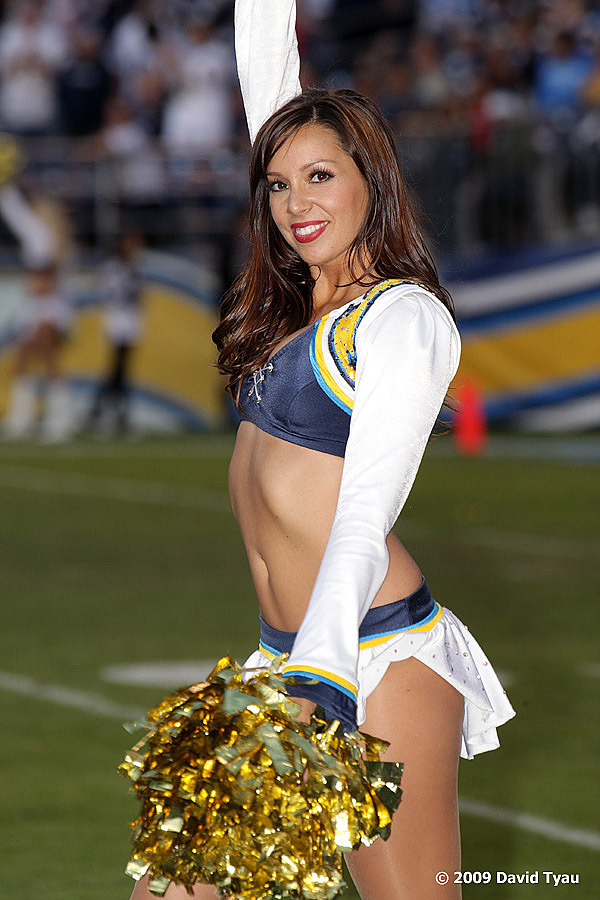 Fan votes will count towards 1/3rd of the overall voting process (the Charger Girl team and the Chargers Organization have the remaining 2/3rds of the vote). So here’s your chance to send one of these girls to Miami.

Pamela graduated with honors from one of the nation’s top 10 liberal arts colleges. She interned for the United States Senate in Washington DC. She now works in merchandising for a Fortune 200 company. 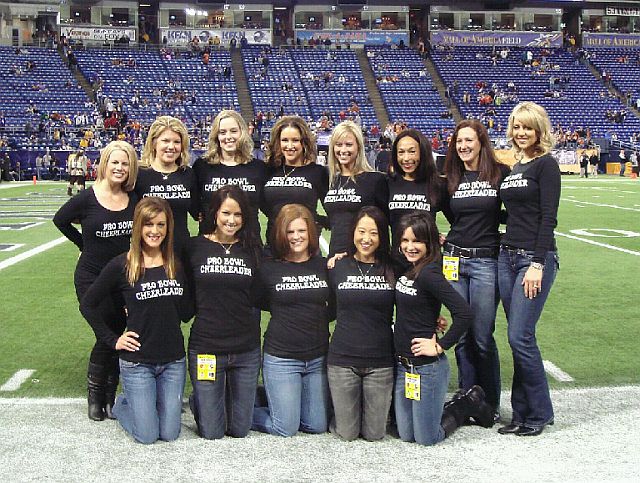 Former Pro Bowl Cheerleaders on the sidelines before the game. 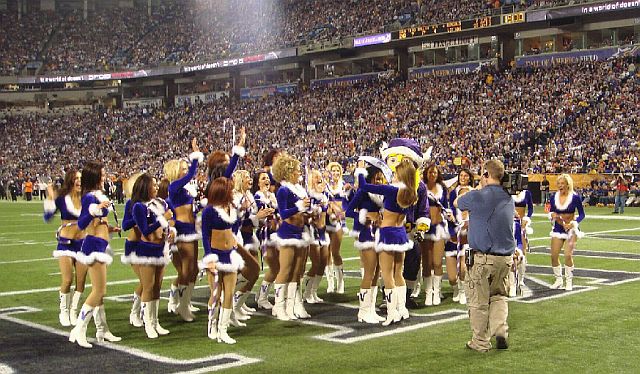 The former Pro Bowl MVCs, lined up at the end zone to watch as announcement was made after the end-of-the third quarter performance. 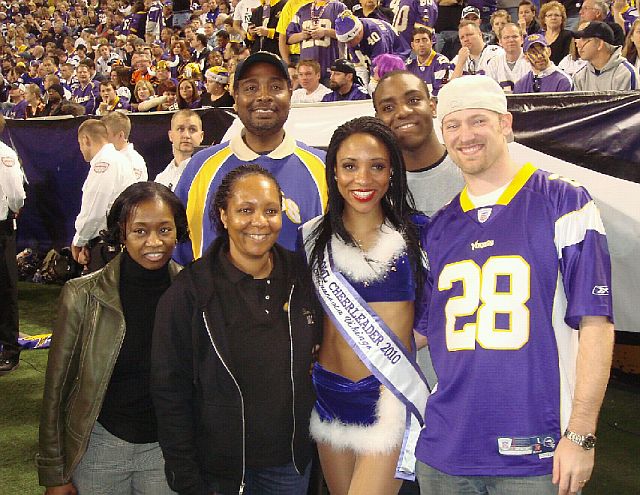 Pamela with her loved ones. 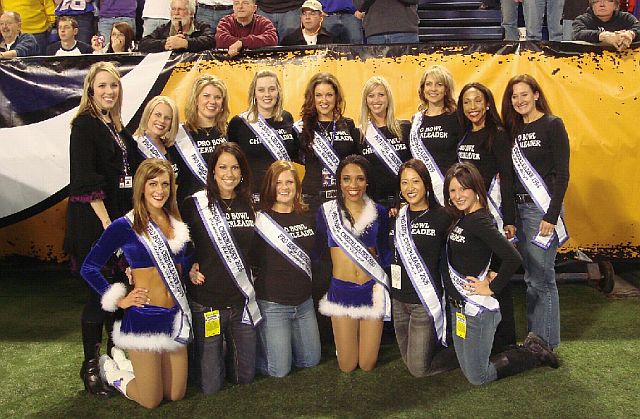 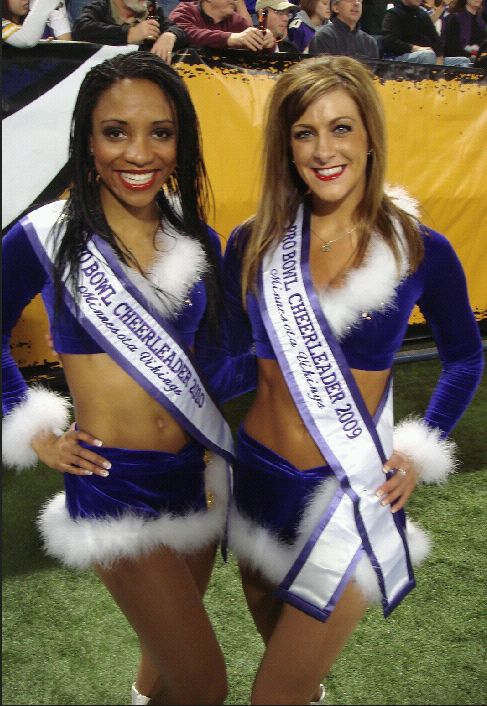 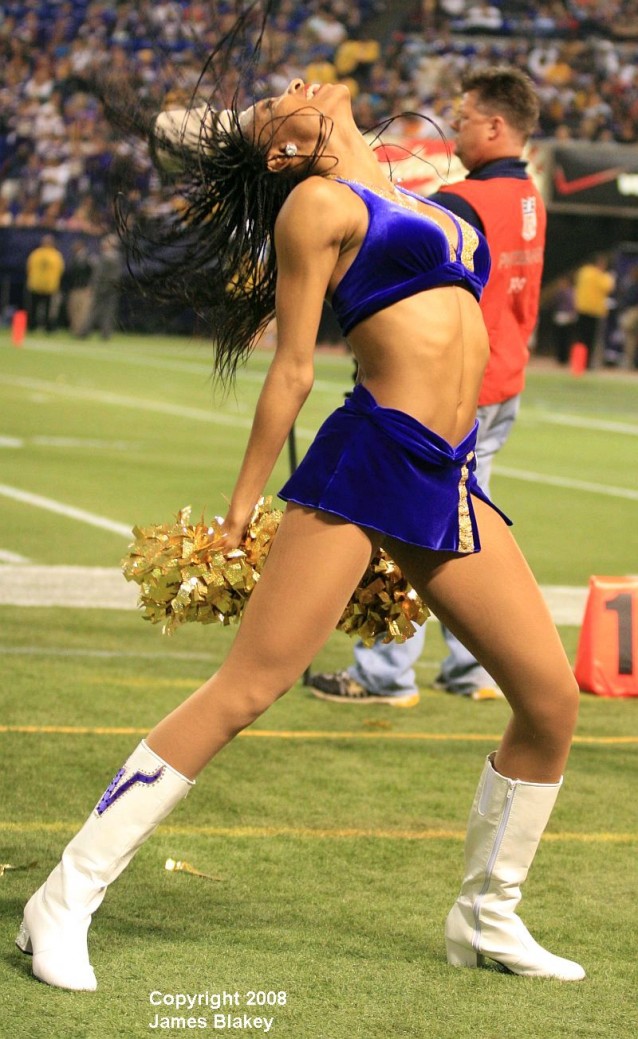 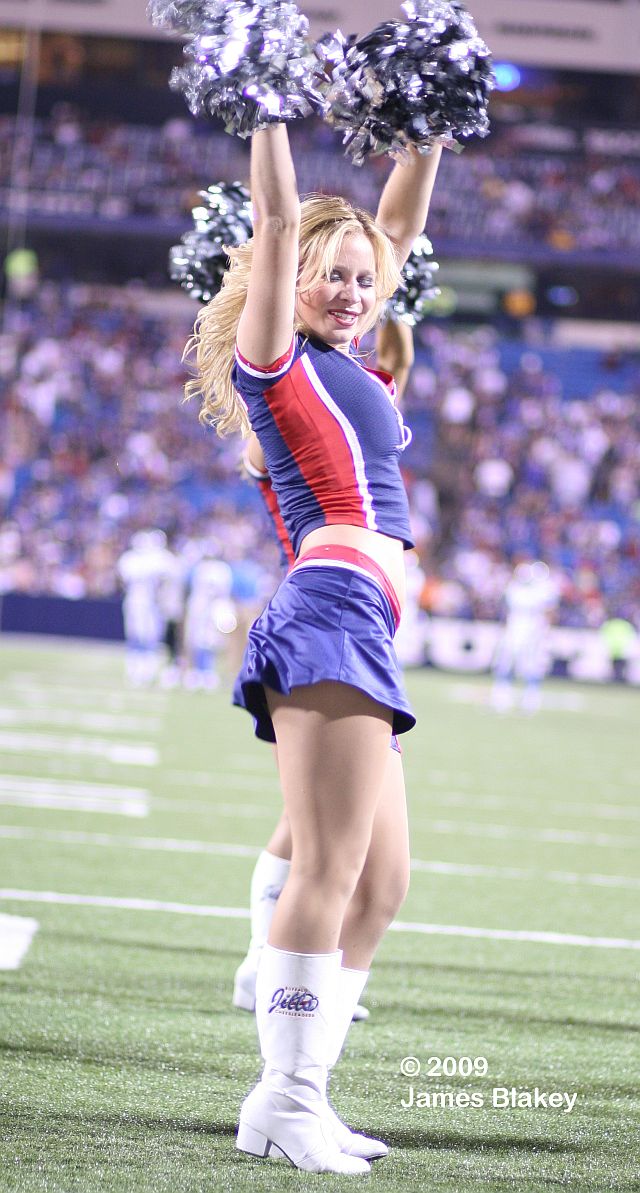 Phil from the Buffalo Pro Cheer Blog tells us:

It’s that time of year again, when NFL Cheerleaders select their Pro Bowl representatives, this year sending their representatives to Miami for the January 31st AFC-NFC All-Star game. This year’s selection should be no surprise to anyone as it’s 4th year vet and captain Christina. She started off her career as a Jill as the only rookie member of the Events Dance Team and also won the 2006 Rookie of The Year. In 2008, she was named a co-captain for Omarlla’s line and moved over to Nicole’s line this season. However, after Nicole resigned suddenly, Christina took over handling the captain duties on her own and doing a great job with it, obviously. 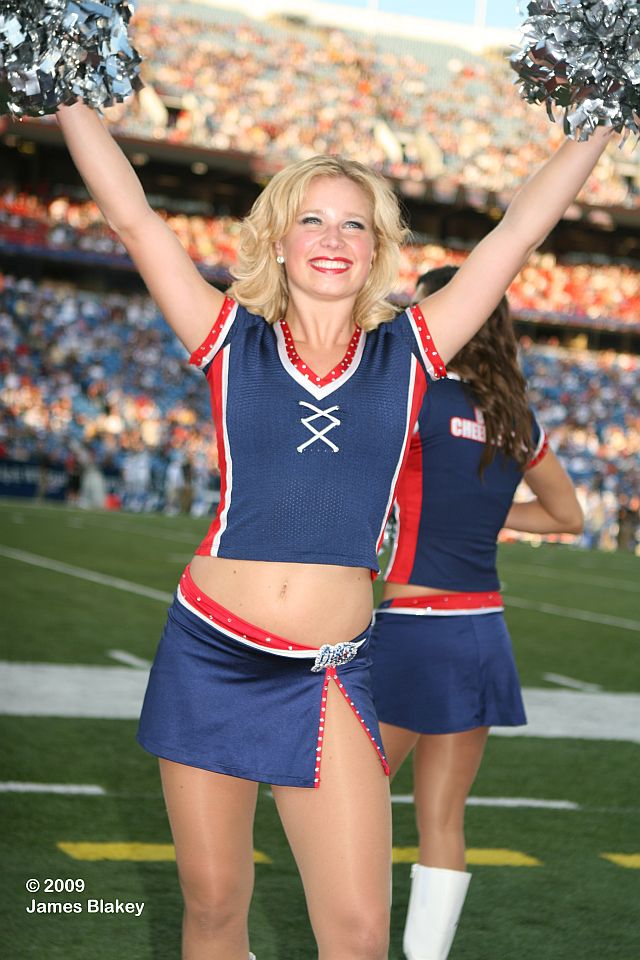 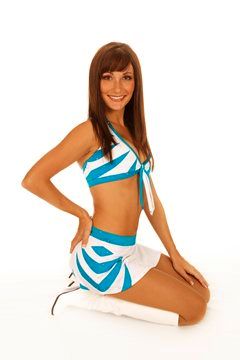 Congratulations to Carolina TopCat Kelli who will be representing her squad at the 2010 Pro Bowl next month. Kelli is a 5-year veteran of the TopCats and a student.

The announcement was made in the TopCats locker room during their Christmas party so that her teammates and sisters could find out first. 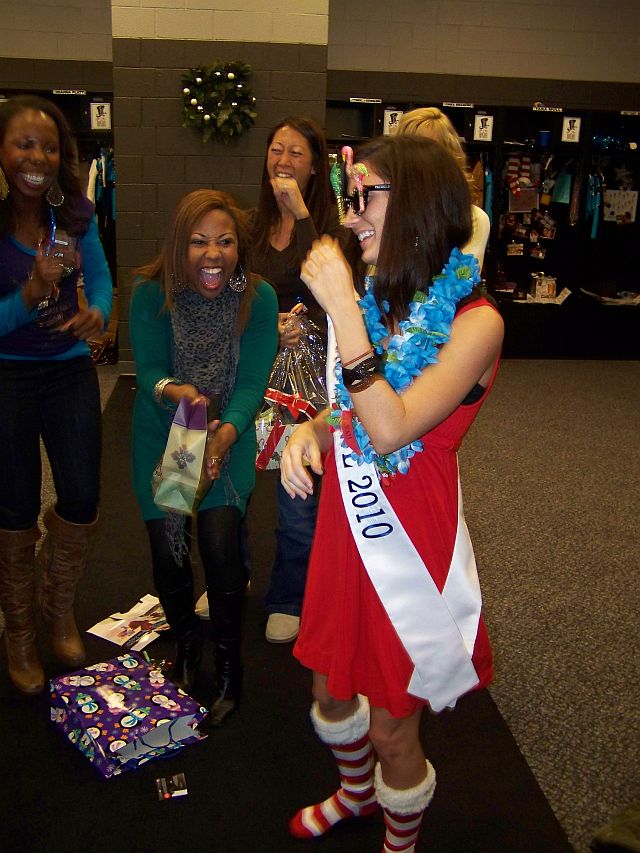 The reaction of some of the girls as the announcement is made. 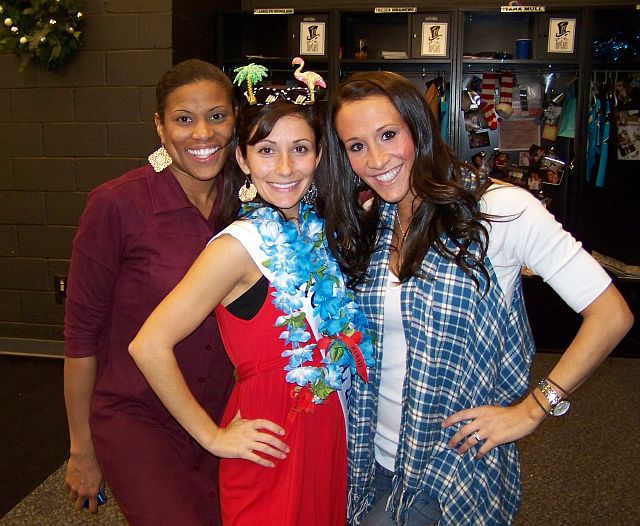 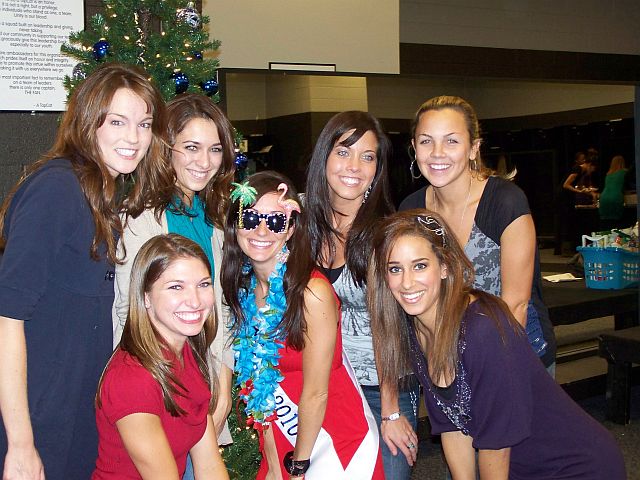 Kelli with a group of excited supporters

Nicole represented the DCC at the 2009 Pro Bowl

Carey was the 2009 Pro Bowl Rep for the Falcons Cheerleaders

Credit for this post goes to Liana, the 2009 Pro Bowl Representative of the Jacksonville ROAR, who pointed this out to me earlier today while we were tailgating. Yes, I’m in Jacksonville; photos coming later this week.

I want to send a shout out to Jill, who represented the ROAR of the Jacksonville Jaguars at the 2005 Pro Bowl. (It wasn’t that long ago, girl!). Not only did Jill send a photo of her gang at Maria’s Jewelry Shop, she sent a close-up of the rings. Jill, you read my mind! 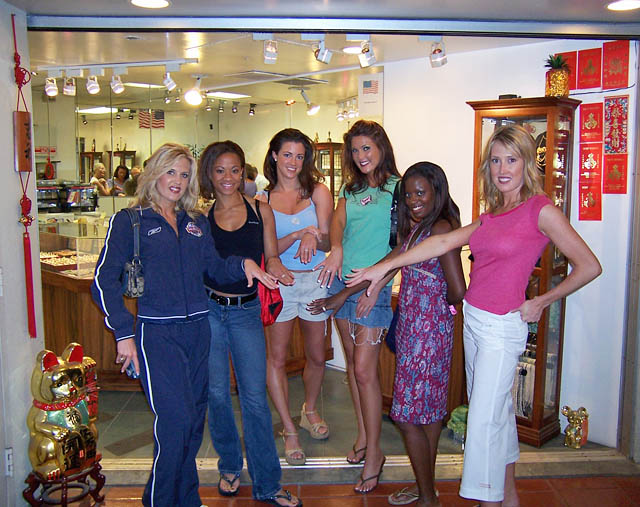 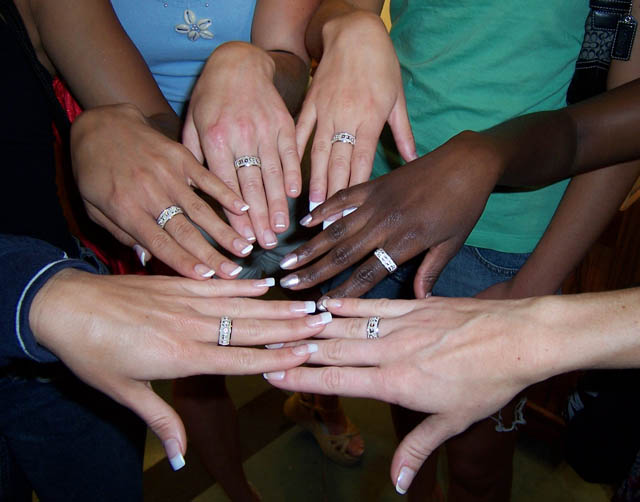 Wow, get a load of this! Sparkle city, baby. I dig it!

You girls came through like troopers! Extra special thanks to Chrissy, Laura, and Liana for the scoop in response to my earlier request for info about Pro Bowl rings. They even sent over some photos. Mwah! 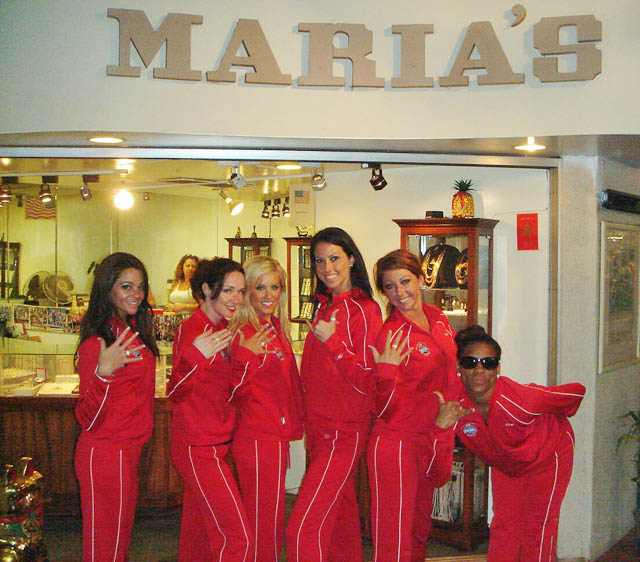 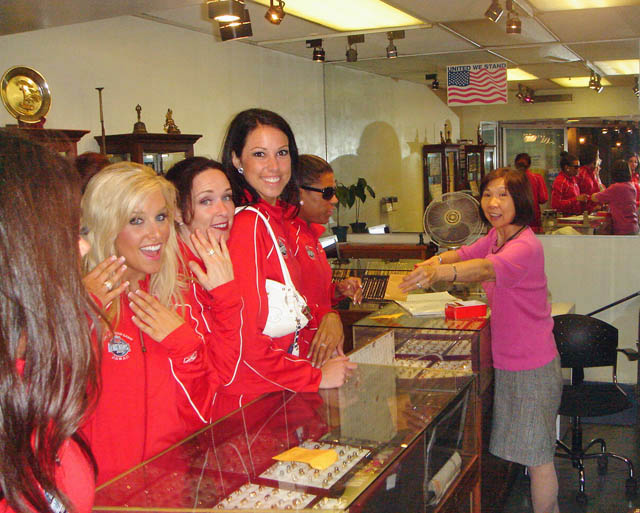 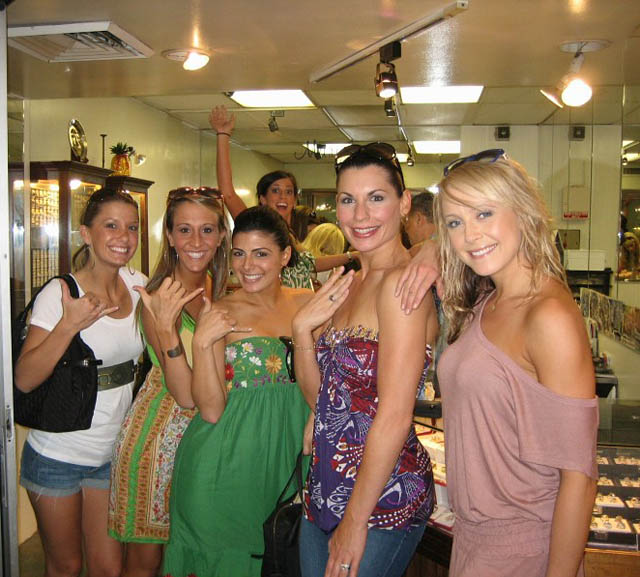 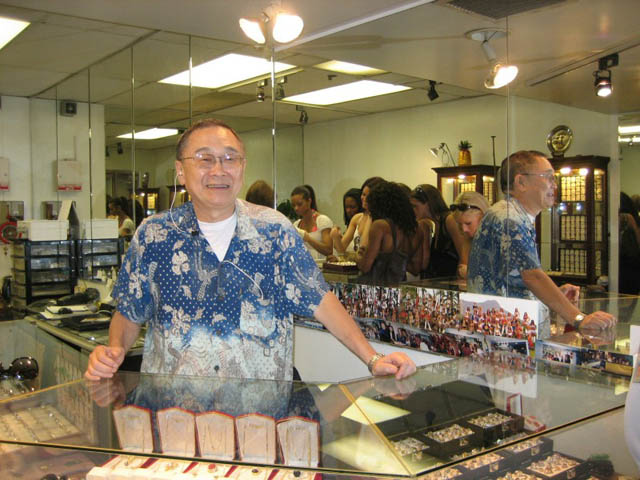 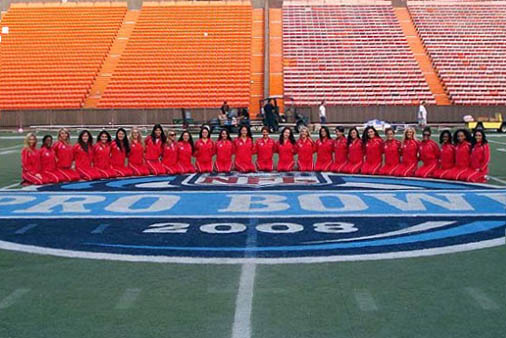 We have a question on the floor for those of you who have been to the Pro Bowl. Think back…waaaay back…and try to remember the name of the jeweler where you got your Pro Bowl Rings. Bob’s Jewelry Mart? Rings ‘n Things? That is the question. Name that store! And if anyone can send in a photo of one of the rings, that would be lovely. Post a comment here, or email me at sasha(at)procheerleaderblog.com.

Meanwhile, I can’t believe James and I STILL haven’t managed to infiltrate cover the Pro Bowl. If I had been there, I would already know the answer to this (and many other relevant) questions. What does a girl have to do to get a media pass, dangit?