I met Dawn about two and half years ago. We were both attending a prep class for the Washington Redskins cheerleaders and we happened to be sitting next to each other. I wanted to hate her. I really did. She has beautiful long black hair and green eyes, dimples and a perfect figure. But she was instantly nice to me and I realized there is nothing to dislike about her. We were both new to the D.C. area and had a lot in common. She is hilarious, smart and a great person. I think the first conversation we ever had she told me about her deep appreciation for the military, and that unfortunately she lost a very dear friend who served in the Marine Corps. 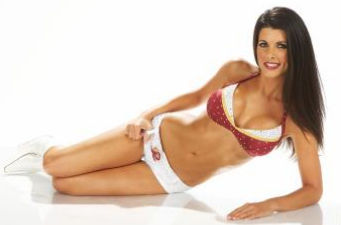 It was then that Dawn and I became friends and she’s been my biggest cheerleader ever since (pun intended). She even attended my commissioning ceremony. She is on her third year with the Washington Redskins cheerleaders and is doing so many good things. Not only does she get to cheer on our Skins in front of 90,000 fans at FedEx Field, she takes advantage of the opportunities to interact with the local community as well as members of our Armed Forces.

Read the rest at GIJess.com