Like a lot of girls, Megan started dancing at a very young age, “I started when I was three, my Mom put me in a tiny, tiny tot class. I picked it back up when I was nine, and I loved it, so I danced competitively at a studio from age of nine, all the way through high school, and then I was on my college dance team.”

But after college, Megan took a break from dancing, got a job and spent years away from the very thing she loved the most. Years later, when she thought about trying out to be a Cardinals cheerleader, she needed a little extra inspiration. “I had an awesome friend just basically say, you have to do this, what do you have to lose? Just do it.”

A year ago, there she was, living her dream of trying out to be an NFL cheerleader. “I remember my number being called and uh, it was 118, and they called 118, I couldn’t believe it. I’m in finals. Then I knew, I was like, I want to make this team.” 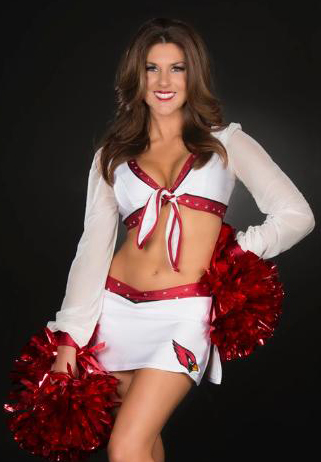 And make it she did. “It’s just been such an amazing experience and to be at this age and still be able to do this, and to do it after you know, taking such a long break, it’s been really exciting.”

That long break Megan is talking about lasted seven years. “The war was going on at the time when I graduated college, so I wanted to take a job that was going to be meaningful, so I decided to join the Army.”

That’s right, Megan joined the Army. “When I first joined, I went to basic training and from there I went to officer candidate school, so I was commissioned a second Lieutenant at the end of April in 2007, and from there I became cable platoon leader and I deployed a month later from Henning to my unit to Iraq.” 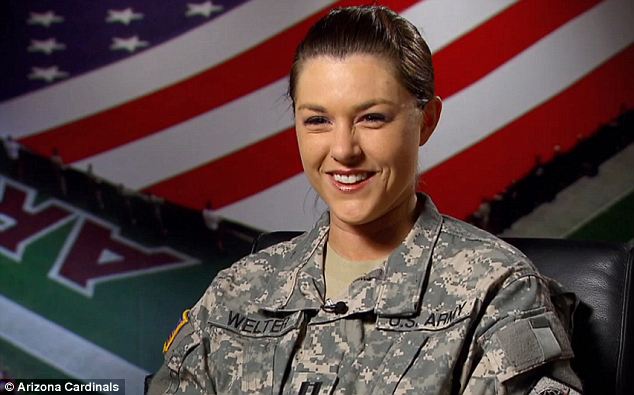 Lieutenant Megan quickly found herself a long way from home. “I was deployed to Joint Base Belad which is about an hour North of Baghdad. At first, it was, it was scary you know, but um, it’s what I signed up to do.”

In Iraq, Megan didn’t spend a lot of time thinking about dance, she had bigger problems on her mind. “Our biggest threat to the base was, where we were at was incoming mortars and rockets.”

Her job in Iraq, critical to the success of the troops who were on the front lines, “My job was to make sure that the war fighters the soldiers that were actually out doing combat missions were able to communicate.”

Today, long after her sixteen months in Iraq, Megan cheers for the Cardinals on Sundays, but she’s still involved with the military. “I’m currently a reservist. I am a signal officer for a military police battalion that’s out of Scottsdale.”

And when everyone stands up to sing the National Anthem before kick-off, Megan can’t help but think about what the flag means to her. “When you see the flag, it means a lot, you know, because our country has given us so many freedoms and to be a part of fighting for that and maintaining that, it, it means a lot. So yes, it gives me goose bumps, I can’t help it.”