By Beatrice Fantoni
The Windsor Star

A local dancer is in the running for the last spot on the Toronto Raptors dance squad, but she’ll need the public’s help to land the job.

Holly Holmes, 21, is one of eight finalists for the Raptors’ Dance Pak. Starting today, the public can vote online for their chosen cheerleader, and the dancer with the most votes gets the one-year contract that starts this autumn. 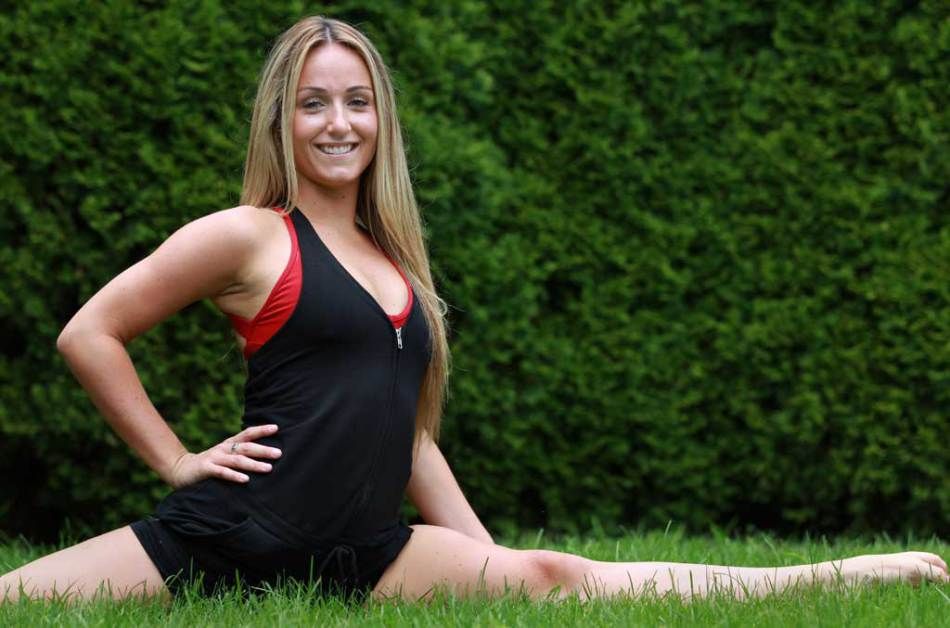 “It’s completely up to the public now,” said Holmes, who is also pursuing a nursing degree at the University of Windsor and teaches at dance studios in Windsor and Chatham. The finalists were chosen from some 250 aspiring performers at a daylong audition in Toronto last month. Now, Holmes has to take to Twitter, Facebook and all other manner of social media to get as many people as she can to cast a vote for her online at the special Dance Pak site.

Holmes, who started dancing when she was 11 – late by most dance standards, she said – decided to take a year off from school and teaching to go back to performing.

“I have the time now with my age to travel and do what I want with dance,” said Holmes, who is also among the dancers performing at the International Children’s Games in Windsor this month.

Nursing graduates are expected to start working full-time right after they are licensed, she said, and she might never get the chance to perform once she gets her nursing career underway. So putting her classes on hold for a year makes more sense, she said, and in a year, she can go back to school and focus on nursing.

Holmes said she’s been auditioning for dance troupes on cruise ship lines, too, and decided to try her luck when she heard Toronto’s basketball team was holding tryouts.

A tomboy growing up, Holmes said she didn’t think she would love dancing this much, but she caught the bug after tagging along to a friend’s class.

“I just really enjoyed it,” she said. She’s a naturally energetic person, she said, so dance seemed to be a good fit.

And not only did she like dancing, Holmes said, she was good at it. Despite being already 11 years old when she started, her teachers had her competing and teaching younger dancers soon after.

“Being really good at something made me love it more,” Holmes said. She even specifically chose to attend Villanova high school because of its dance squad, she said.

“I love being on stage,” Holmes said, describing one of her favourite things about dancing.

What the Raptors Dance Pak does is not exactly cheerleading in the traditional sense, Holmes said, so there are no pompoms and herkies involved. Their style is more a combination of hip-hop and “sassy” jazz.

“The style they dance is kind of my forte,” she said. “I have the confidence with that style.” In fact, she said, the choreography at the audition was just like something she would have made up for her dance students.

“I have the confidence with that style,” Holmes said, describing how her audition went alongside 249 other young women. “I was just having fun with it.”