By Cynthia Wolf
The Barrington Courier-Review 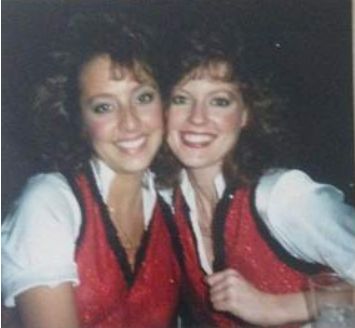 To the strains of OneRepublic’s “Good Life,” and amid shouts of “Here we go!” “Reach!” and “Switch!” several women danced and turned, arms up, then out, on the Lake Barrington Fieldhouse gym floor.

Zumba instructor Deanna Murphy said “Good Life” is among her favorite songs for closing out a class. It’s life-affirming, and this, after all, is at the core of Murphy’s fitness philosophy. It’s a philosophy the former Chicago Luvabull seems to spread like some sort of happy virus.

“It’s a fun workout, a workout where you don’t feel like you’re working out,” said Sonja Colosia, who, at 62, is the eldest regular attendee at Murphy’s 8 a.m. class. “It’s the whole feeling of a celebration of life. [Murphy] is always positive, always bursting with energy, and that kind of flows out to all of us.”

A gymnast back in her high school years at Schaumburg, Murphy has been a lifelong fitness enthusiast, although she endured a period when her health took an ugly turn.

Murphy is a breast cancer survivor. With no family history of the disease, and just having undergone her first mammogram at age 36, Murphy was blindsided by the diagnosis. Her youngest was just 2, and, she said, she went through all of the emotional trauma of wondering whether she would survive and how her family would endure.

“But you know, I was lucky,” the North Barrington resident said. “I had a mastectomy. No chemo. Just medication.”

Murphy took tamoxifen for three years, soaked in the tremendous support of her family and friends, and emerged with a renewed penchant for all things wellness.

“I feel like it was a blessing,” she said. “So many of us go through life not getting it — just going through the motions.”

In 2010, Murphy decided to become a certified Zumba instructor. 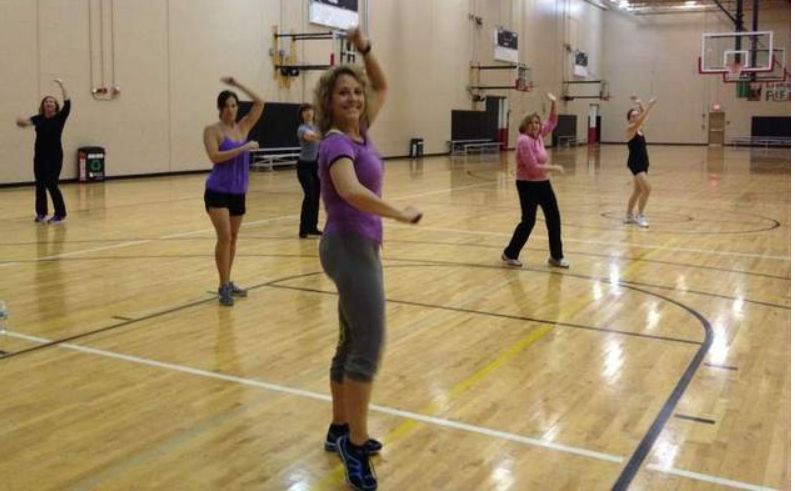 “It seemed like a natural extension,” she said. “I love music and obviously, being a former Luvabull, I love dance.”

Now 47, Murphy was 21 when she tried out with a friend for the Chicago Luvabulls dance team back in 1987. She tried out on a whim, she said, “back when big hair was big and there was lots of aerosol hair spray in the air.”

She made the squad in 1987, and enjoyed it so much she auditioned again and was a Luvabull for the 1988-89 season as well.

Dance team members made only $25 a game, although opportunities existed for more lucrative paid appearances at various charity events, trade shows and the like. Anyway, Murphy said, the memories are priceless, and she is excited about reliving those moments a bit during a big reunion performance during halftime at the Dec. 10 Bulls game at the United Center.

“Being there every game when the lights came down and that music played, I still get chills,” she said. “It was definitely an experience I will never forget.”

It would be difficult to forget game-night rehearsals, sharing the warm-up floor at the Chicago Stadium with the likes of Michael Jordan, Scottie Pippen and John Paxson.

“They were always very nice, very respectful,” she said. “It was just a great time … for two years it was like, ‘Wow, I’m a part of this. Pinch me.’”

It will be fun to reconnect with some of her former squad mates during the reunion show this month, Murphy said.

“I can’t wait,” she said, adding that her husband and daughters also are excited about the big night.

Meanwhile, Murphy shares her joie de vivre with participants in her Zumba and Piloxing (a fusion of pilates and boxing) classes as well as a senior exercise class she teaches with Christine Seberg of Lake Barrington.

An instructor at both the Lake Barrington Fieldhouse and the South Barrington Club, Murphy also teaches Zumba to members of the Premier Poms Experience and offers her expertise at least a few times a year during Barrington School District 220 physical education classes.

“Everyone likes to dance,” Murphy said of the Latin-inspired dance music workout that is Zumba. “There are four different basic moves — salsa, side salsa, reggaeton and cumbia.”

Some of Murphy’s students are aware of her Luvabulls history. Others aren’t. But they all can attest to the contagious power of her passion for fitness.

“I love it,” said Diane Mosteig, a Lake Barrington 69-year-old who participates in the senior exercise class. “You feel younger. She energizes us.”