Each year, women from around the U.S. try out to be a Chicago Luvabull. Only 25 are selected to cheer on and represent the city’s one NBA team.

This year, one of the 25 selected was Rosemont native Nicole Cargola, daughter of Dianne and Frank Cargola of Rosemont.

“I love being able to represent the Chicago Bulls not only at the games, but during charity events such as recently helping the children’s hospital with the Santa flights helping ill children and their families,” Nicole Cargola, 24, told the Journal. 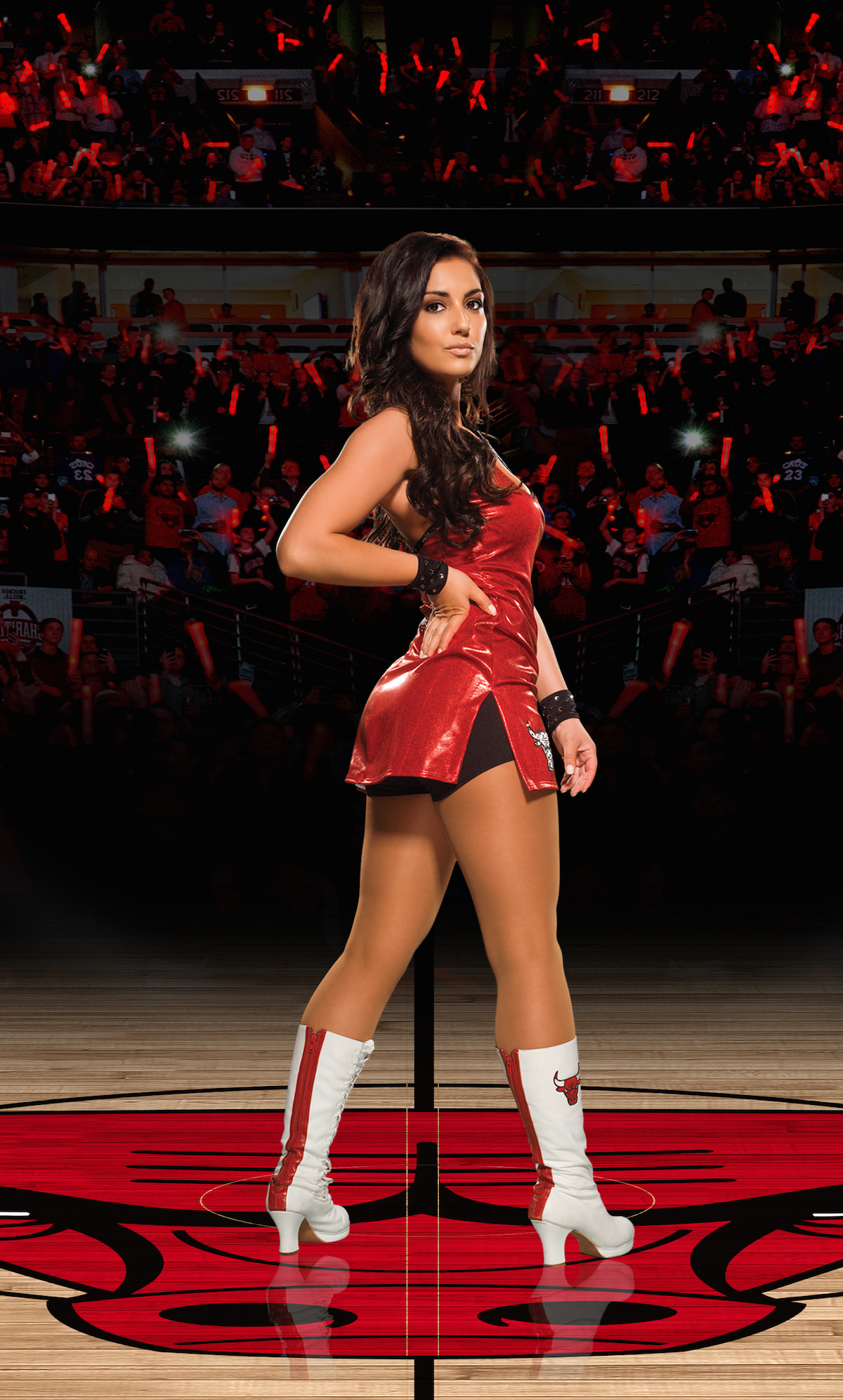 Cargola is not only a dancer working part-time for the Luvabulls, but also a physical therapist assistant. She says she really enjoys her work at The Admiral at the Lake skilled nursing facility in Chicago where she works full-time.

“Everyday I work with people that put a smile on my face,” Cargola said. “It is very rewarding work. The only bad thing is that when a patient gets better, they move on and I don’t get to see them as often. A few of them truly touch my heart.

“But although you will miss them, you know you’re doing your job when you are able to send them home,” Cargola said of the patients she works with.

This is the first year Cargola has been a Luvabull. Without disclosing what the job pays, Bulls officials said to become a Luvabull, one must be 21 and have training in jazz and hip hop dance with an emphasis on synchronized dance team choreography, tumbling skills, cheer stunts and pom experience. Those selected must attend evening rehearsals during the week and perform at Bulls home games until the end of the NBA season including the playoffs.

Asked who her favorite Bulls are, Cargola said, “They are all great, but my favorite is Benny the Bull. On a serious note, Jimmy Butler works hard, is very good and seems to be carrying the weight of the team on his back.”

The Luvabulls also appear at corporate and international events. Recently, Cargola appeared with the group on “Good Morning America” for an NBA event.
Cargola is well qualified to be a Luvabull. The 2009 East Leyden High School graduate was a member of the 2011 Adrenaline Rush Dance Team for the now-defunct Arena Football League’s Chicago Rush that played at Allstate Arena.

Cargola began dancing at the age of 3 and participating with cheer and dance teams when she was 7 through Rosemont Park District programs. She was a Rosemont School cheerleader while continuing to take dance lessons.

At East Leyden, Cargola tried out and was accepted for the Leydenettes poms team, and later on, the dance team at Elmhurst College before trying out for the Rush.
“I owe a lot to my Leyden dance coach and neighbor Brenda Drehobl,” Cargola told the Journal. “She coached and inspired me for years and continues to do so.”
After attending Elmhurst and earning a bachelor’s degree in Exercise Management Science, Cargola attended Fox College where she received a physical therapist assistant associate’s degree.

“My parents have been super supportive of everything from my dancing to my work. They are terrific,” Cargola said. “As has been my younger sister Amanda.”
When asked what the future holds, Cargola said someday she’d like to be a dance coach.
“The toughest thing for me in the beginning was at the games, and being in front of 20,000 fans, having all those eyes on you,” she said. “You’re just out there. But I’m used to it now and enjoy being part of the Bulls.”