Allison is obsessed with Disney and has made Orlando her home away from home. She danced competitively with the FAU dance team in college for three years and went on to audition for the Miami Dolphins in her senior year of college. This is her fourth season cheering in the NFL and her second year as a Team Captain. She has traveled on four military tours to visit our troops overseas to over 11 different countries! She also assisted with International Auditions last year in Brazil. Allison currently works in Guest Experience in the Miami Dolphins corporate offices. 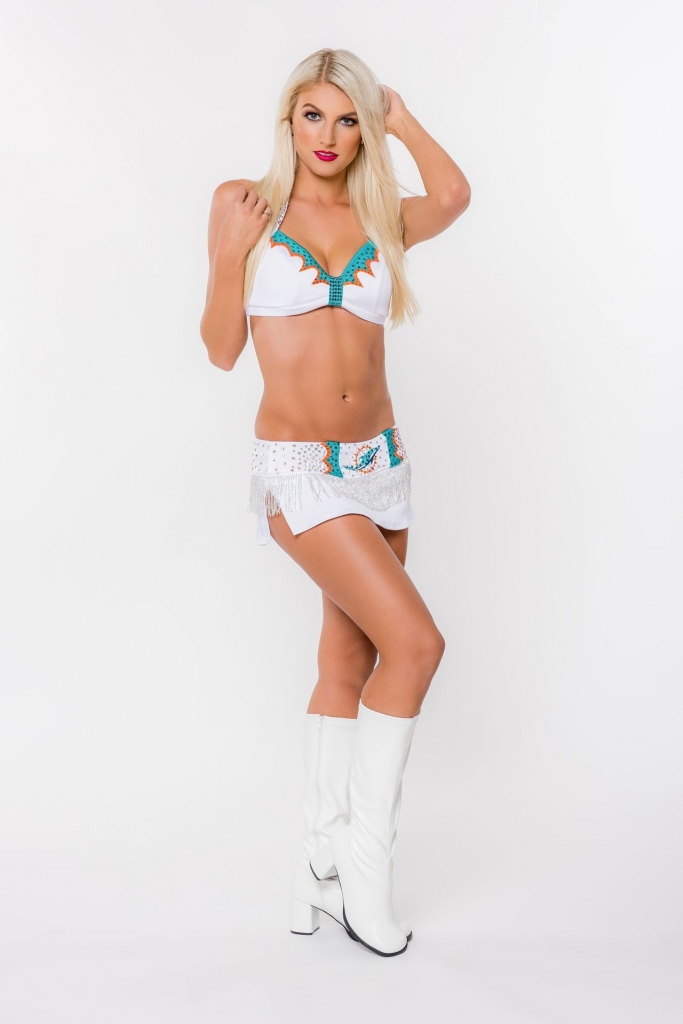 Amanda has been cheering with the Baltimore Ravens for five years. She has been a captain on the dance team for two years and has traveled on multiple military tours with the Ravens to visit troops overseas. Amanda currently works in education and school counseling. She is a former Miss Maryland United States 2014 and is an advocate for empowering youth through service and education.

Angela is a Colorado native. She trained at Shelley True Dance Academy for 13 years and continued her dance career with the Golden Poms at Colorado State University, where she graduated with a BA in Dance. Angela is a fifth-year Denver Broncos cheerleader and second-year captain. She was awarded Rookie of the Year, represented her team during a military tour to Alaska and Australia, and participated in two Super Bowls and the Chinese New Year’s Celebration in Hong Kong. Angela is honored to have experienced such incredible opportunities. She is also a licensed sales executive for Heritage Title. 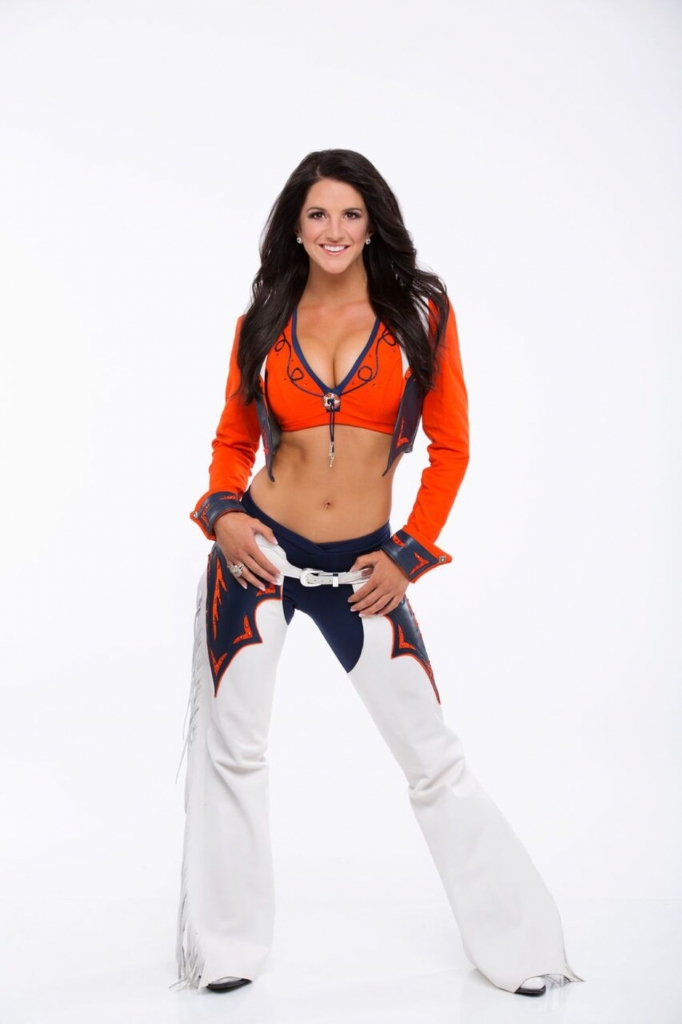 While Angel was involved in numerous activities growing up, everything from child beauty pageants to basketball, performing with poms has always been her truest passion. She is in her seventh season as a Raiderette and throughout the years she has been afforded many opportunities such as traveling internationally and being featured on the side of a team sponsored airplane. Angel’s hobbies include traveling, hiking, cooking, playing video games and rollerblading. Angel can’t wait to represent the Raiderettes at the Pro Bowl! 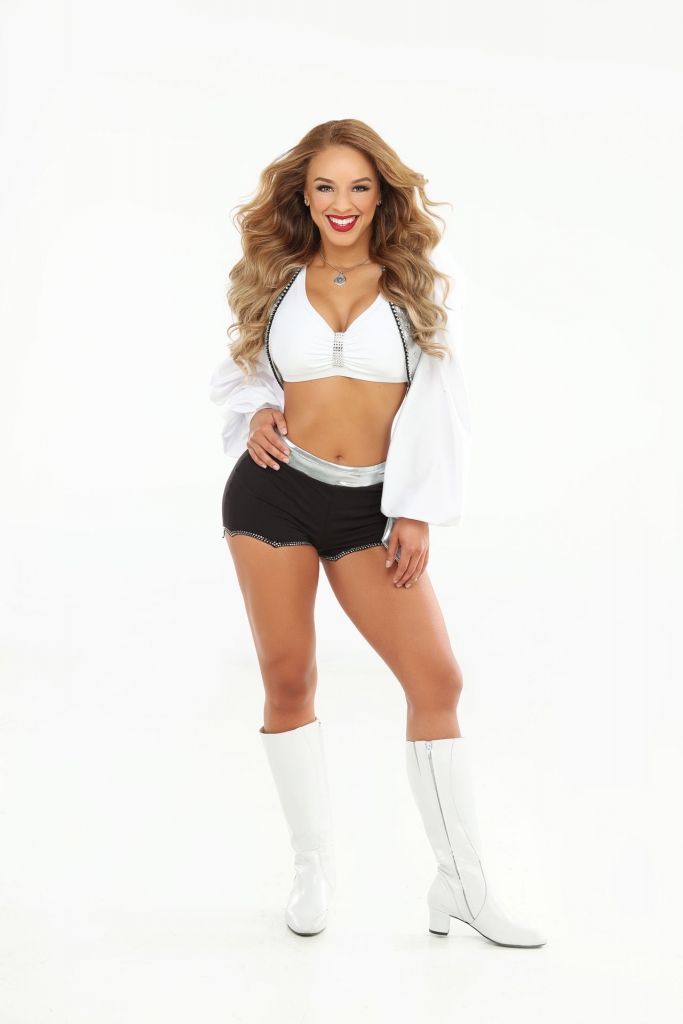 Ashley is a four-year member and captain of the Chiefs cheerleaders. She is a graduate of the University of Oklahoma and currently works for a global healthcare IT company where she manages events and fundraising for their non-profit organization. Her love for dance is what brought her to the Chiefs cheerleaders but it was her opportunity to connect with the community and military that has been her favorite part of this role. She is honored to be representing the Chiefs organization, her teammates and all of Chiefs Kingdom at the 2018 Pro Bowl. 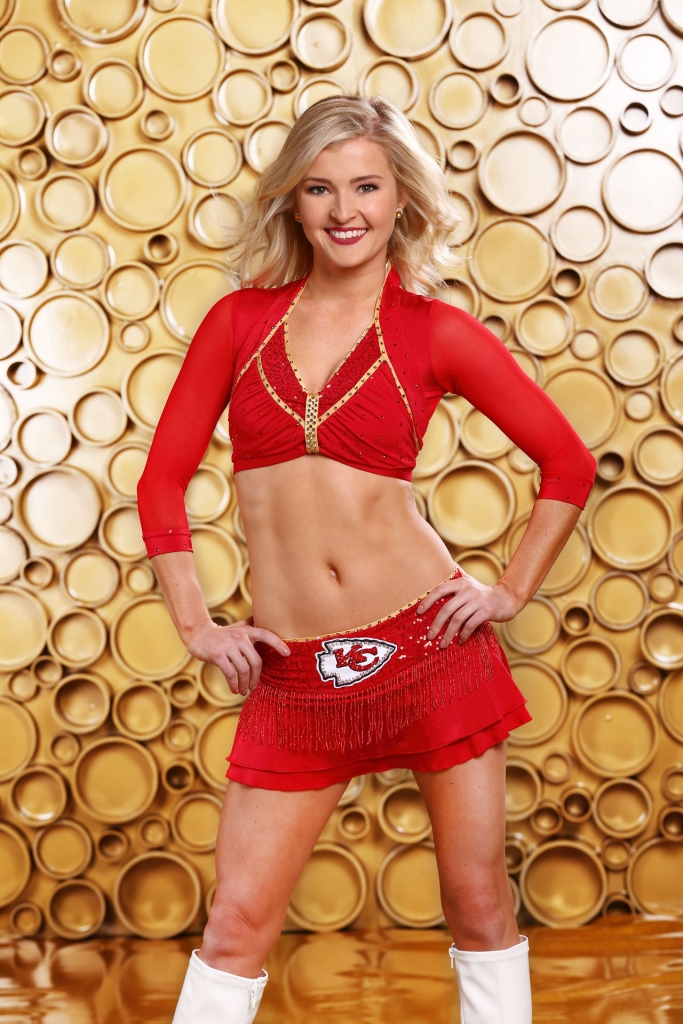 Ginger was born and raised in New Orleans, Louisiana. At the age of four, she started dancing, cheering and doing gymnastics. Ginger danced for four years with the NBA as a Honeybee for the New Orleans Hornets before moving to Jacksonville. This is her third year with The ROAR of the Jaguars. She has earned the Outstanding Rookie Showmanship award in her first year and was also awarded the Coach’s Choice award last year. Ginger is excited and honored to represent her team at the 2018 Pro Bowl! 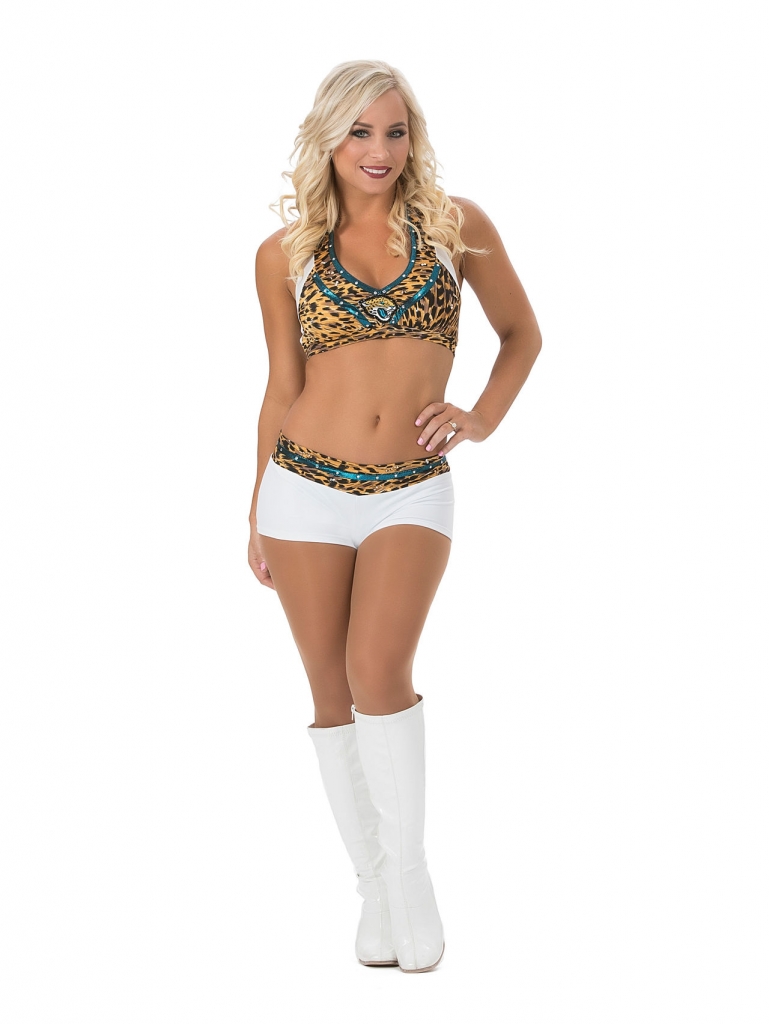 Jessica has been an Indianapolis Colts Cheerleader for the past two seasons. She is a captain for the 2017 squad and honored to add “Pro Bowl Cheerleader” to her list of accomplishments. Her time as a cheerleader has been a decade full of memories and opportunities. Pursuing her passion for dance has awarded her with experiences that have molded her into the person she is today while continuing to motivate her growth in other areas of life. Jessica has been fortunate to represent her home state in China, Philippines, Hong Kong and Taiwan and to have performed with various musical recording artists. 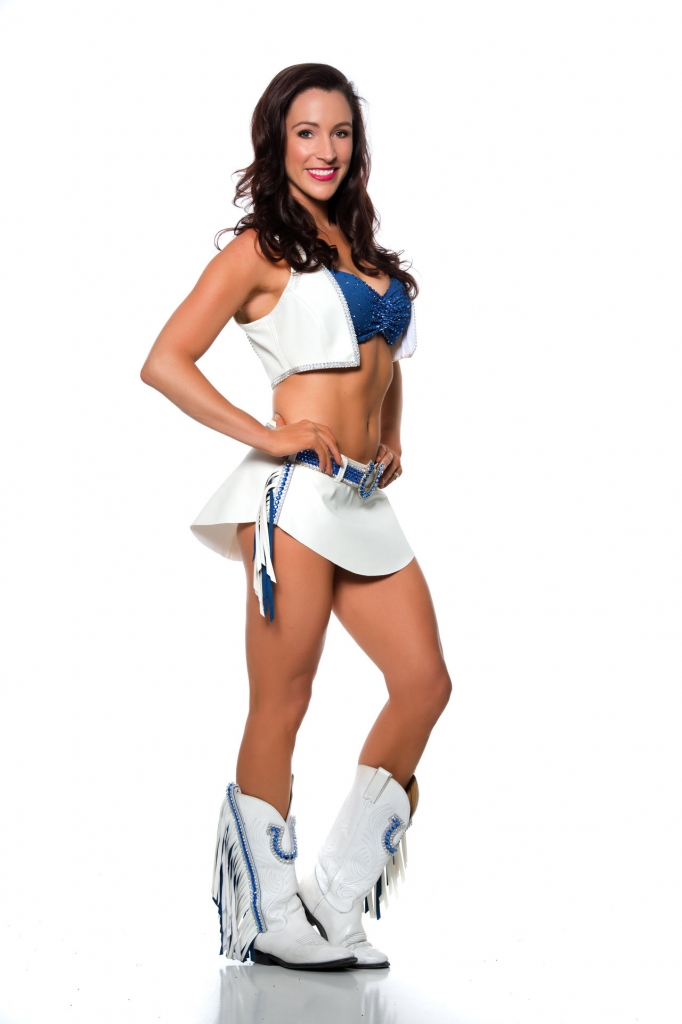 Jocelyn attended Detroit High School for the Arts. She went to Alabama A&M and Tennessee State University. Jocelyn is currently the Mental/Disabilities Coordinator for Head Star.

Kimberly is a fifth-year veteran and a second-year group leader for the Jets Flight Crew. A New York City native, she has had extensive dance and cheerleading training for over twenty years. Kimberly was voted Veteran of the Year and has served as a member of the squad’s prestigious Show Team for four seasons. Kimberly has been highlighted on countless television and media outlets in the New York City area including CBS Weekend Morning Show, PIX11 Morning News, Fox and Friends Weekend, The Daily Mail, and Bravura Magazine. Kimberly is a life-long Jets fan. 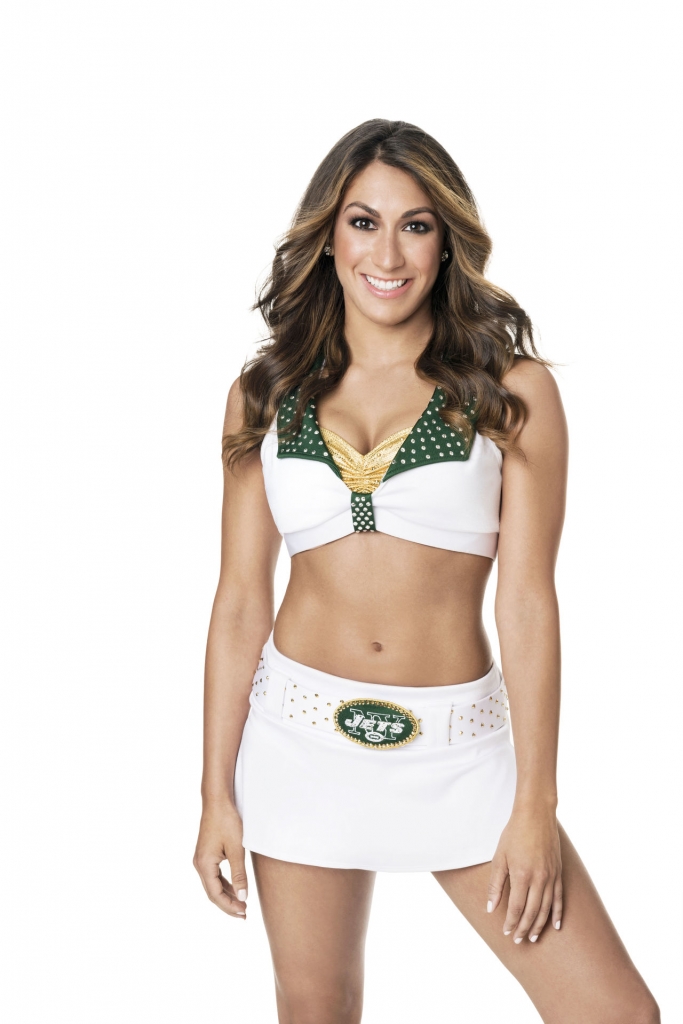 Kristen is a seven-year veteran from the Cincinnati Bengals. In 2015 she became the Jr. Ben-Gal Cheerleading Coach as well. Aside from cheering she is a dance studio owner and a high-school cheerleading coach. It is safe to say she follows her passion! The same day she was announced as the Pro Bowl cheerleader she got engaged in the locker room, surrounded by her teammates, family, and friends! 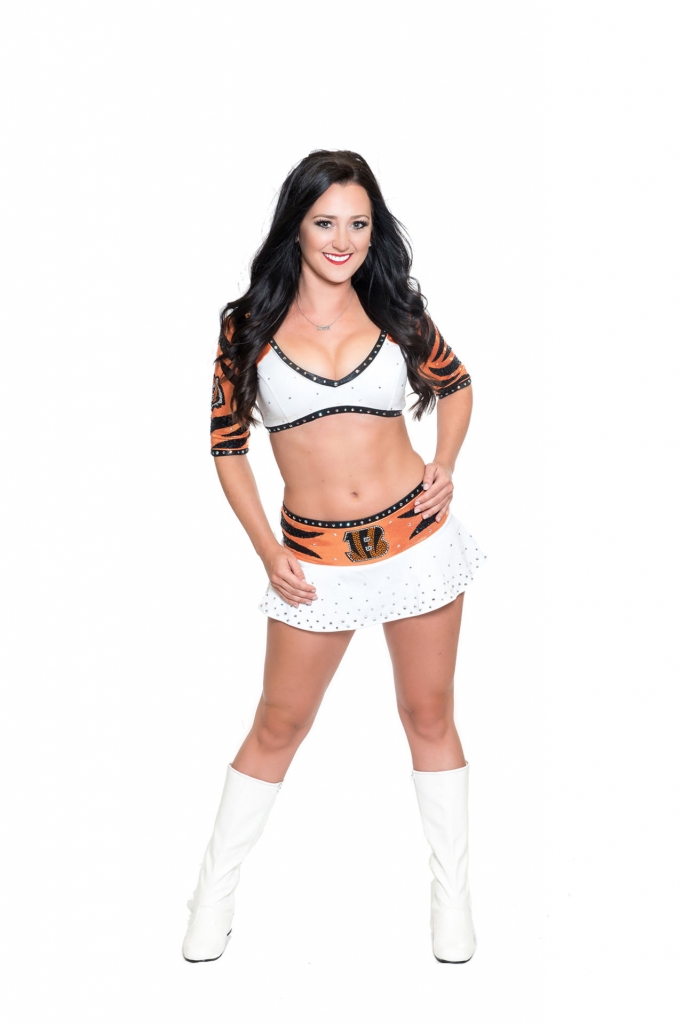 Lauryn is a California native, raised in the city of Orange. She is thrilled to be a second-year member and line captain of the esteemed Charger Girls and enjoys interacting with Los Angeles Chargers fans across Southern California. Lauryn was extensively trained in singing, acting and dance, and shares those passions with her students as a dance instructor. She recently obtained a Bachelor of Science in Biological Science from California State University, Fullerton. Lauryn is honored to represent the Los Angeles Charger Girls at the 2018 Pro Bowl and looks forward to sharing the field with her fellow cheerleaders. 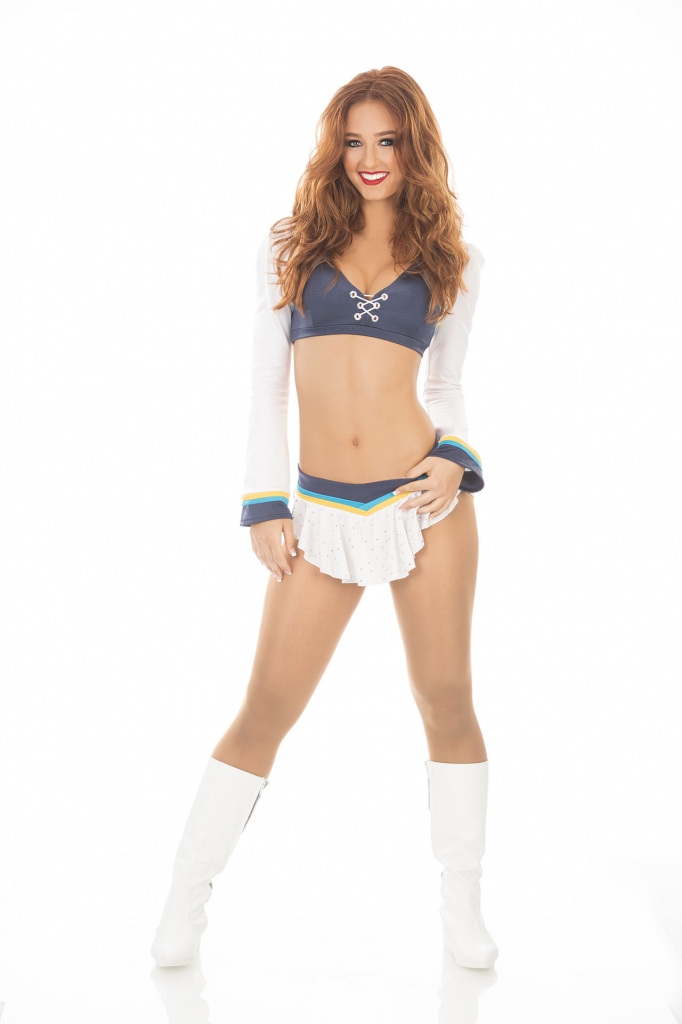 Victoria is a fourth-year veteran and third-year captain for the New England Patriots Cheerleaders. She had the honor and privilege of cheering in two winning Super Bowls, XLIX in Arizona and LI in Houston. She danced throughout her life and was inspired by a college coach and former Pro Bowl Cheerleader to pursue taking the field professionally. She is grateful for her time with the Patriots and for doing charitable appearances, calendar trips, dance conventions, and every unique opportunity that has come from cheering for the Patriots. 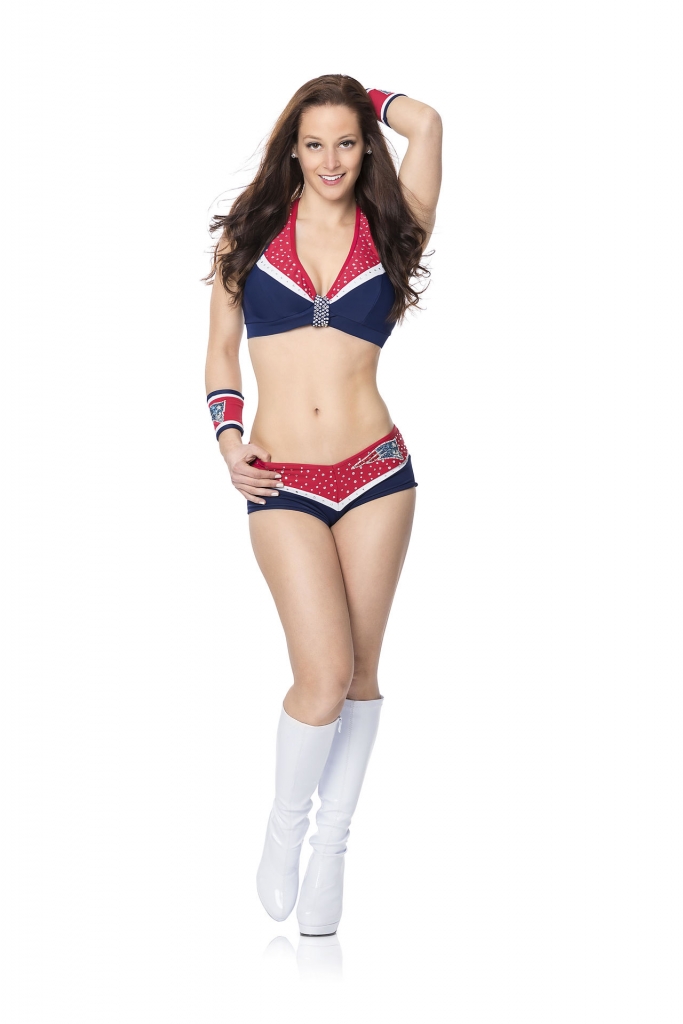 As of 01/15/18, there was no profile for Houston Texans Pro Bowl Cheerleader Lauren.