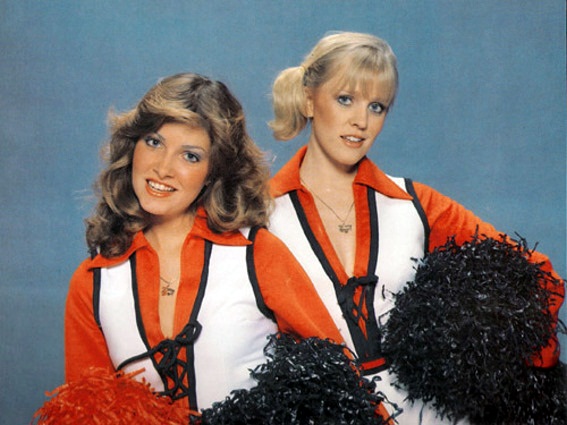 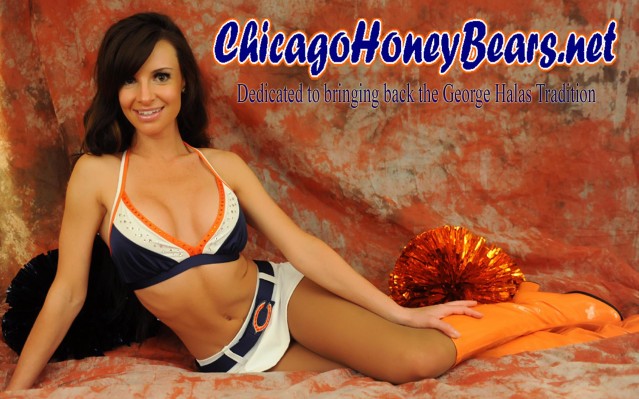 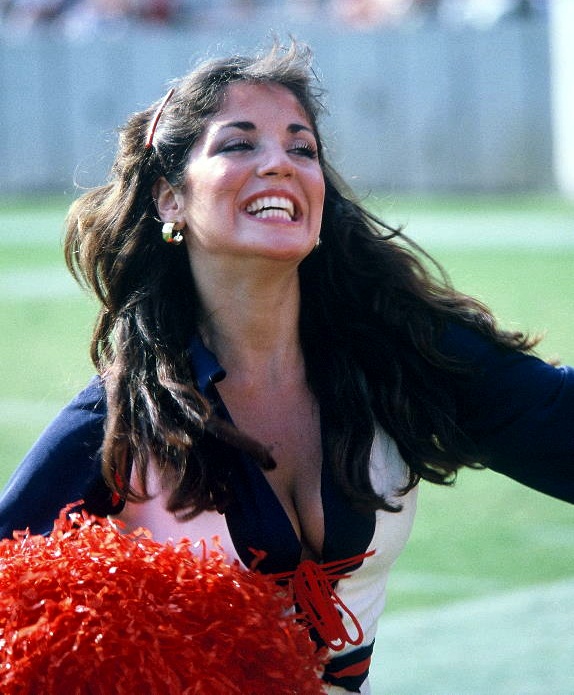 But the other overwhelming aspect of the Honey Bears was the quality of the squad. Part of it is numbers. No other US metropolitan area matches the size of the Chicago area and has a single NFL team. So, that means a lot of cheer/dance talent competed to make the Honey Bears squad. Back in those days, the larger metro areas of New York City had no NFL cheer squads, and LA often was split between two teams, so making the Honey Bears’ 32 spots was quite an achievement.

The lasting memories of the Honey Bears are captured by web site developer Dale, who maintains the wonderful chicagohoneybears.net. According to Dale, “The real cause is promoting the Chicago Honey Bears, what they meant to the City of Chicago, the Chicago Bears, and how can we bring them back.” 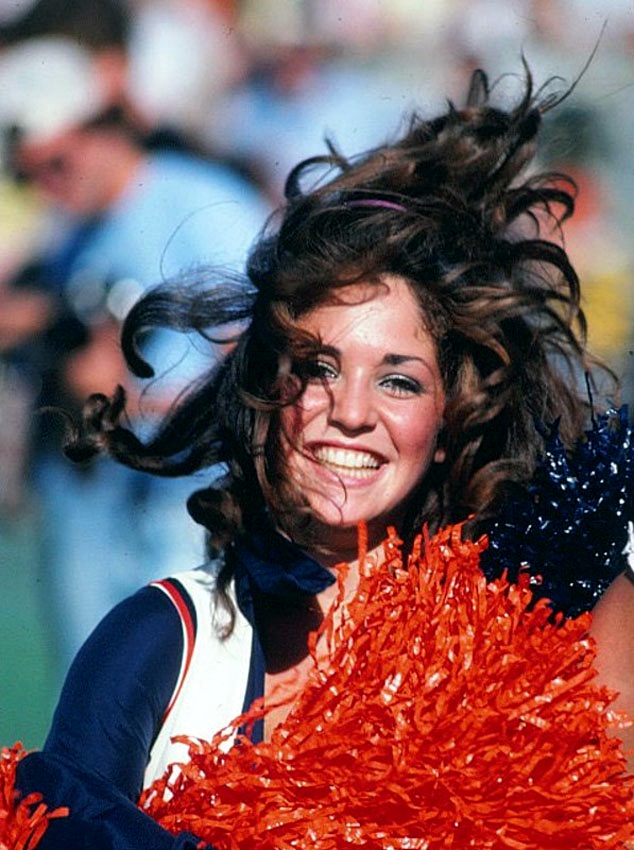 And during this week’s interviews with former Honey Bears Renee Halverson, Maribeth Duffy-Bolger, and Tena Casassa-O’Keefe, the photos from chicagohoneybears.net have added to the memories provided by their stories. Dale says, “I think we have by far the largest collection on Chicago Honey Bear stuff online. We have slowly been increasing the number of photographs we have online from the Chicago Honey Bears but are always looking for more photographs, stories, and videos. I have tried unsuccessfully to find the Chicago Honey Bears dancing or cheering to ‘Bear Down’ (the Bears theme song).”

In addition to photos and video, the background and stories about the Honey Bears compiled on chicagohoneybears.net cover a lot of interesting territory. I even saw a letter to the Chicago Tribune that one of my college professors wrote complaining about the lack of Honey Bears. I hold my school’s faculty in much higher esteem now!

But the cool thing about the chicagohoneybears.net is that they not only document the Honey Bears past, but also envision a Honey Bear return to the sidelines. Various potential Honey Bears uniforms are modeled by Carey, a professional model from Florida who also previously was a cheerleader for the Indianapolis Colts and the former arena team, the Indiana Firebirds. These updated uniform images help to bring the concept to the present.

To do their part to document interest in the Honey Bears, chicagohoneybears.net also contains a petition to voice one’s opinion. As Dale says, “Right now our only goals are to preserve the history of the Chicago Honey Bears from 1977 to 1986, and to help facilitate their return to the greatest franchise in the NFL.” Dale mentions, “You might find this interesting on the percent of teams with cheerleaders in 1985 vs. today, 68% vs. 81%. Funny how the Bears dismissed the cheerleader saying they had become passe’ when today more teams have them.”

Yes, Virginia, there used to be cheerleaders along the sidelines of Soldier Field. The late George Halas, the Bears owner who brought the Honey Bears to the sidelines, also co-founded the NFL. He envisioned the popularity of professional football when it was considered a college game, and he was right. He was also right about the role of NFL cheerleaders, and they have lasted beyond 35 years after Papa Bear first initiated them for the Bears.

I SO appreciate the time that Renee, Maribeth, Tena, and Dale spent to help us commemorate the 25 year mark of the last time the Honey Bears were on the field. We thank them for their time now, and all the time they spent to create and maintain Honey Bears memories. Personally, the Honey Bears have been near and dear to my cheerleader memories, as the first squad I ever saw in person at a game, the first piece of cheerleader memorabilia that I ever purchased, and the first squad members I ever saw at a personal appearance (riding in a car in my college’s homecoming parade; just days later, it was announced that the Honey Bears would be disbanded after the season). Here’s to the Honey Bears’ glorious past, and to their promising future. 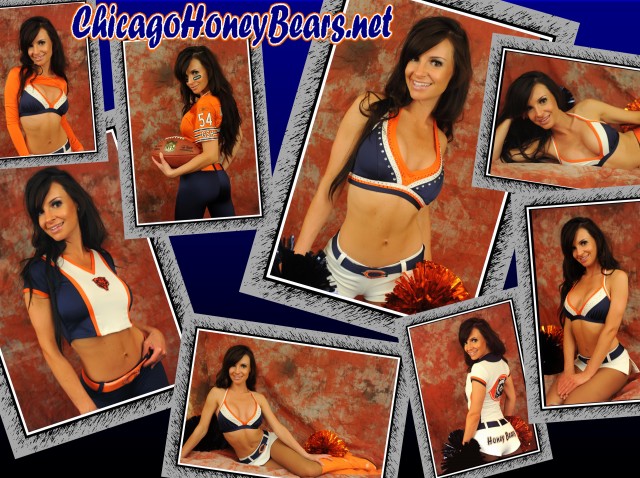 2 Replies to “Twenty-Five Years Ago, the Chicago Honey Bears Rode Off Into the Super Bowl Sunset: Part IV: Preserving the Past with an Eye to the Future, chicagohoneybears.net”