TOKYO (Kyodo) — Japanese professional cheerleader Emi Koike won a final audition in May and became one of the 40-member 2011-2012 New York Jets “Flight Crew,” the cheerleaders for the National Football League team for the upcoming season.

Since the 27-year-old has already worked as cheerleader for the National Hockey League and the National Basketball Association, her latest success makes her the first Japanese ever to dance for the three major U.S. professional sport organizations.

“It has been my dream to become an NFL cheerleader since doing competitive cheerleading in high school in Japan,” said Koike in a statement released by NFL Japan.

“There has been little bright news in Japan so far this year due to the earthquake and tsunami. Cheerleading is the only thing I can do and I hope my performance and efforts in the United States will help encourage and raise the motivation, even if only slightly, of the people affected by the disaster and the NFL fans in rebuilding” Japan, she said.

According to the Japanese unit of the NFL, more than 300 people, including applicants from Japan, took part in the audition for the Flight Crew.

The final audition, held on May 7, was a competition between the 39 people, including Koike, who had been selected through interviews and skill tests from among all applicants, plus 25 members of the 2010-2011 Flight Crew. Koike and the 39 other successful applicants will dance and root for the New York Jets in the season starting in early September.

In the United States, Koike has been cheerleader for the NHL’s Atlanta Thrashers and Nashville Predators, as well as for the NBA’s Atlanta Hawks. 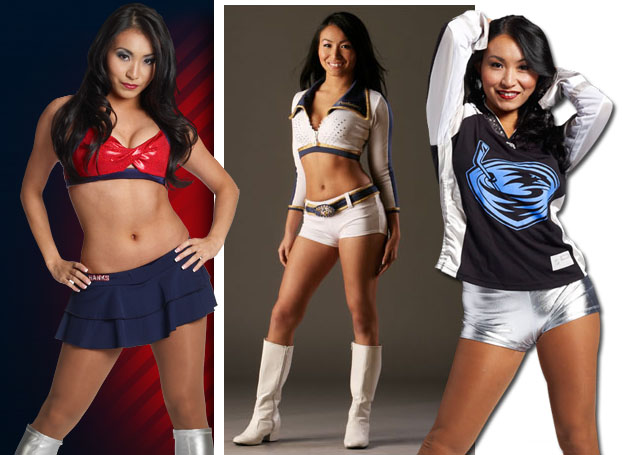