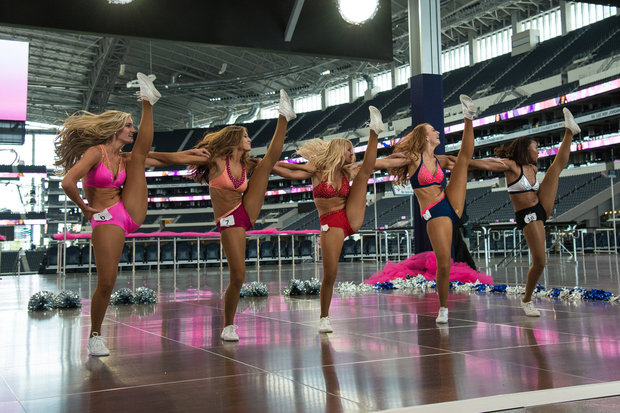 Rather than the traditional lineup in the $1.2 billion stadium’s plaza, the rain forced the DCC to improvise and move all of the hopefuls inside the stadium for check-in. 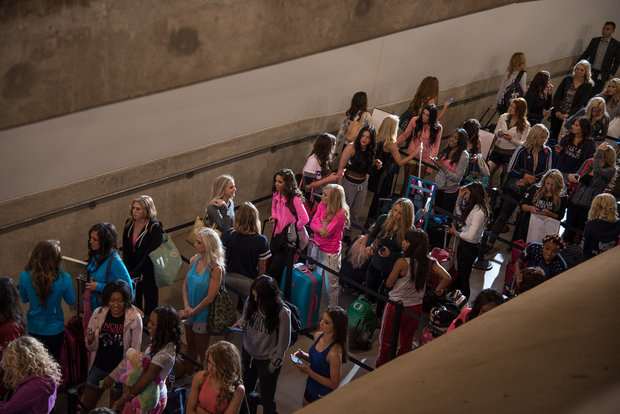 Once inside, the ladies recovered from being out in the rain and prepped to look their best in the ‘Fluff & Puff’ area before heading down to the field for the welcome address from DCC Director Kelli Finglass.

While attempting to ease the anxiety and nerves of the ladies in attendance, Finglass went over the process for the first day and down the line through semi-finals, finals and training camp on the path to naming this year’s Dallas Cowboys Cheerleaders. 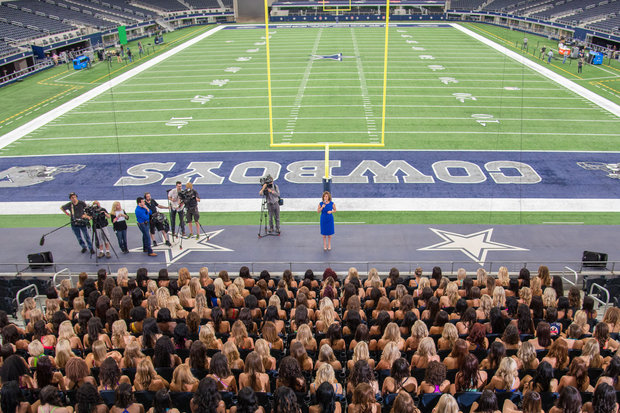 “Today’s preliminary round is about you getting noticed and being memorable,” Finglass told the attentive group of ladies who were on the edge of their seats overlooking the touchdown deck. “Today is not a day of technical dancing or where we will teach you a combination and you have to execute it immediately. You want 16 judges to think ‘wow, she’s fun to watch.'” 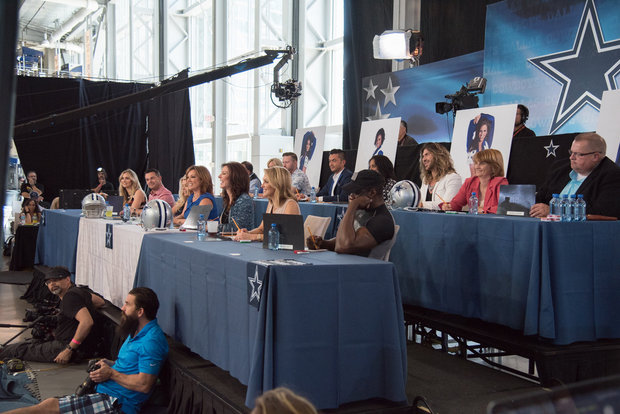 The preliminary round offers each of the ladies 90 seconds of freestyle to impress the judges and stand out among the crowd all while knowing that there will be only 10 advancing to semi-finals and eventually 45 ladies invited to DCC training camp.

“To get ready for this process, I reached out to Erica, who is currently a Dallas Cowboys Cheerleader and who I know from our time at LSU,” said Cersten, a DCC hopeful who is from Euless. “She was very helpful in giving me guidelines of what I needed to work on and what I needed to expect.

“Dallas Cowboys Cheerleaders has always been my ultimate goal since I was a kid,” she continued. “I started dancing at age 6, did the junior DCC and fell in love with the feeling of being able to perform for an entire stadium. That is something I have been chasing ever since. It has always been a dream and today as I drove to stadium and saw it in the distance, it became a reality.” 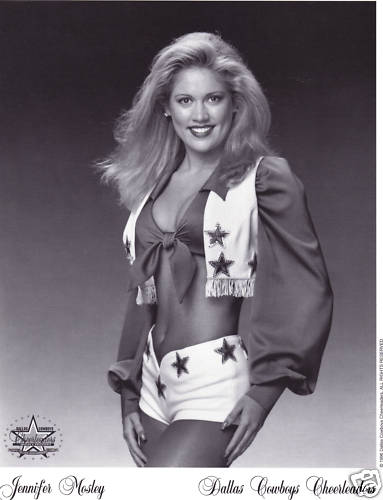 On the opposite end of the spectrum was Jennifer Mosley. She has actually worn the iconic DCC uniform for two seasons, in 1996 and 97, when the Cowboys played at Texas Stadium.

“I loved everything about being a Dallas Cowboys Cheerleader,” she said. “I loved the rehearsals, I loved the roar of the crowd and the dedication that went into the whole process. Once I got my bearings on how it all worked, every day was exciting.

“My time as a Dallas Cowboys Cheerleader, especially my first year was so great that I still dream about it,” she continued. “That’s what brought me back today, it’s exactly 20 years from when I auditioned for the first time and made the team.”

And what is the biggest difference between auditioning in the 90s and today?

“The process is very similar. Back then, we were in the Stadium Club at Texas Stadium overlooking the field, where now this stadium is very different and, of course, the TV show cameras were not around then,” she said. “I’d say the biggest difference being here at AT&T Stadium is there is more glitz and glamor now. There was a lot then, but there is a ton now. Being 39, I just wanted to be a part of it all again, if only for a day or a weekend and I am proud of myself for doing it.”

When Saturday came to a close, the numbers were unveiled to let those know who would be advancing to semi-finals the next morning. While 104 ladies were celebrating being a step closer to their, others fought back tears and faced the sudden reality that either this was not their time or that their dreams were coming to an end.