I stumbled across this photo of the Charger Girls from Bolt Talk, a Chargers fan site message board. It shows the Charger Girls (or whatever they were called back then) in the early years of old Jack Murphy stadium, circa 1970.

Love the white gloves. Thanks to PB Bolt for bringing this gem to our attention.

As a young lad, growing up in Los Angeles, I was a Rams fan.  They had good teams in the 70’s, but somehow found a way to lose to the Dallas Cowboys in the playoffs…at least that’s how I remember it.

When I was in college (Go UCLA!), Al Davis and the Raiders packed their bags and moved from the Oakland Coliseum to the Los Angeles Memorial Coliseum.  The Raiders of the 80’s had some legendary and likable characters on that team like Lyle Alzado, Ted “The Mad Stork” Hendricks, erudite Todd Christensen, Howie Long, Matt Millen, Mr. Stickum Lester Hayes et al.

The Los Angeles Raiders were also known for the Raiderettes, Football’s Fabulous Females.  And let me tell you, those Los Angeles Raiderette squads had some very beautiful, talented and sexy girls.  Al Davis hadn’t quite lost his mind yet and he knew to win over Los Angelenos, he’d have to put a good product on the field AND on the sidelines.  I became a fan immediately and a season ticket holder a bit later.

One of the most beautiful and sexy Raiderettes of that era was Gretchen Stockdale, a former St. Louis Cardinals cheerleader who made the trek out west upon graduating from college.  In this edition of From The Archives, we focus on one of the most memorable Los Angeles Raiderettes.  Here are a few photographs of Gretchen spanning her 6 year career as a Raiderette. 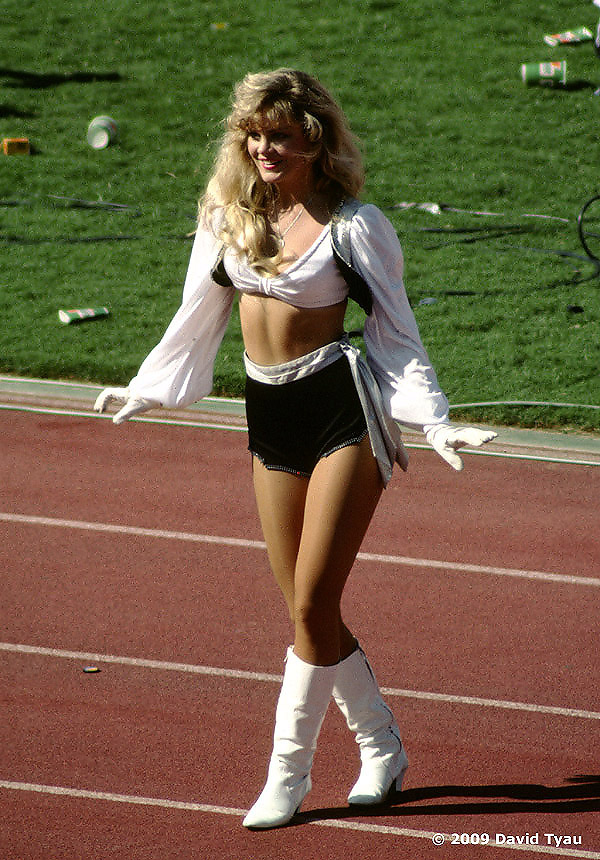 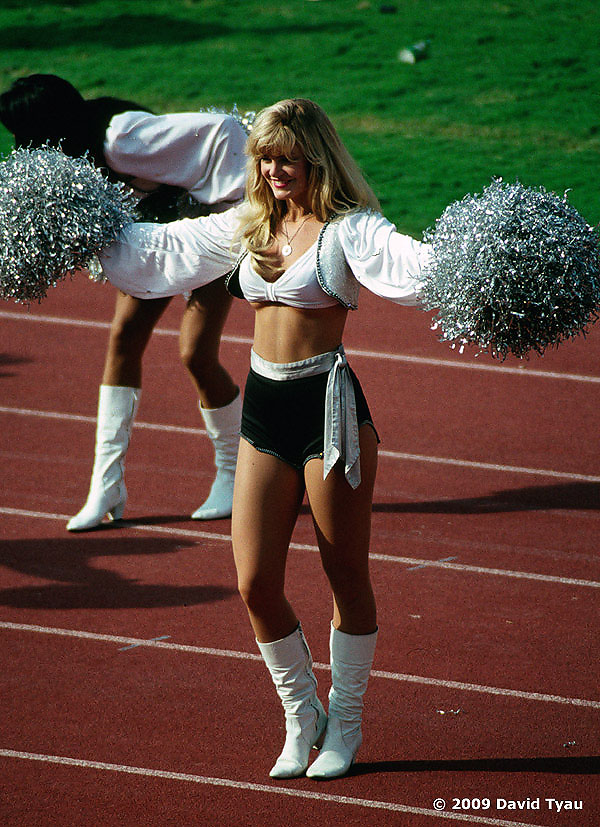 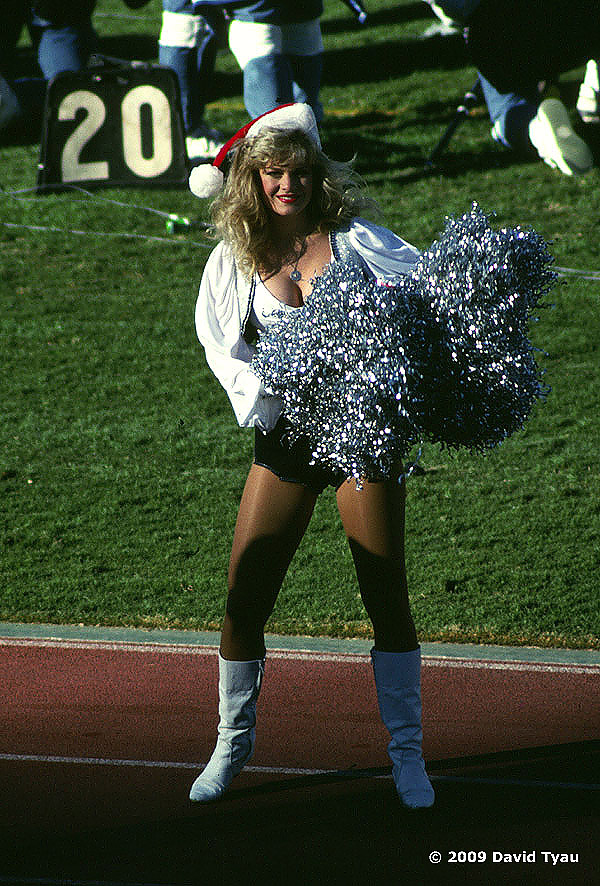 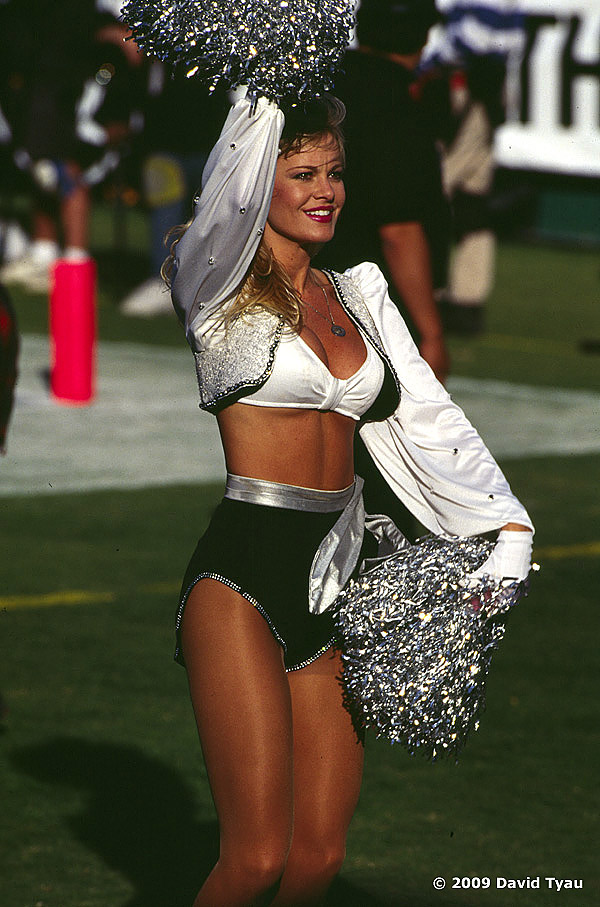 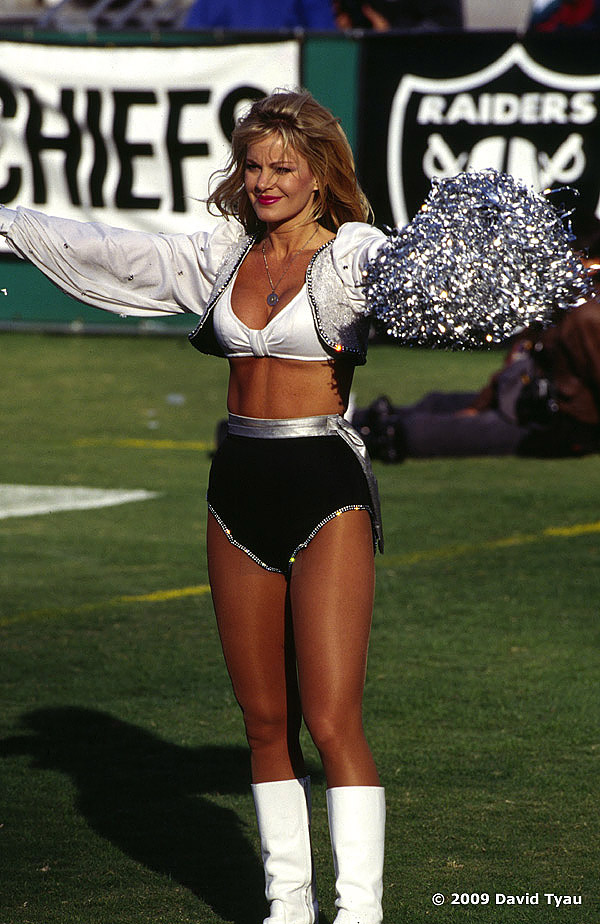 In this installment of From The Archives, we focus our attention on Raiderette Michelle Budano. Michelle and her sister Melissa were Raiderettes in the mid 1990’s when the Raiders played their games in the venerable Los Angeles Memorial Coliseum. 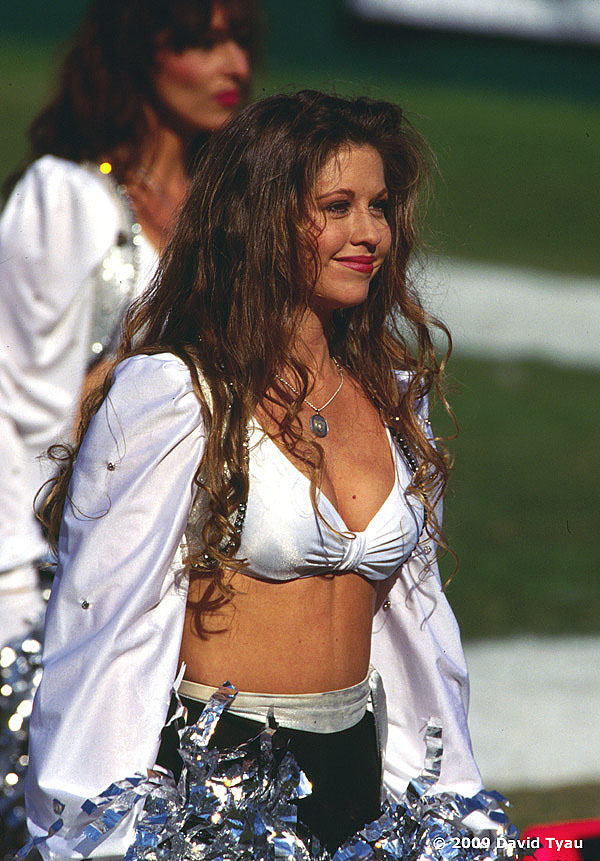 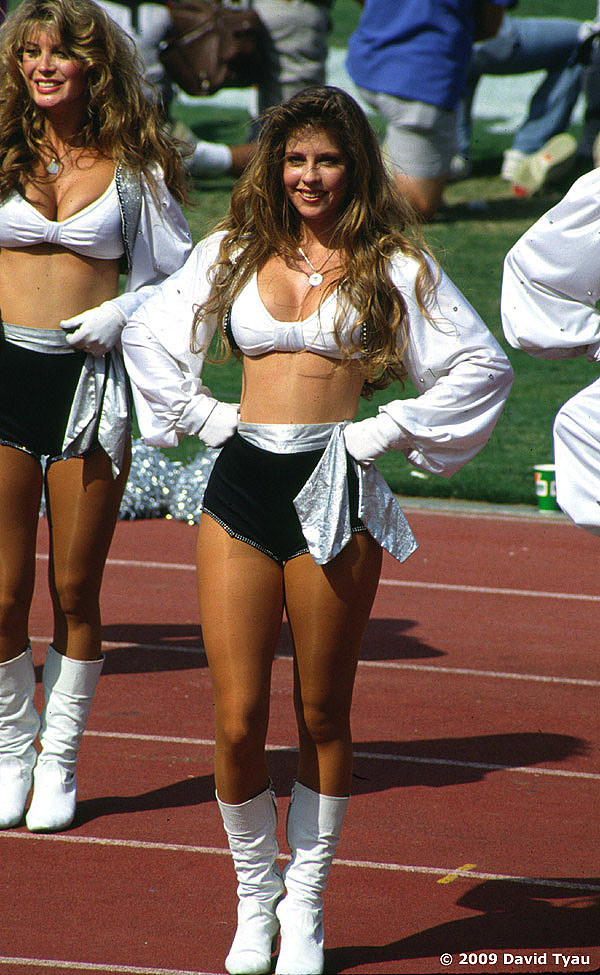 You can tell how old these photos are by the track on the field, a legacy from the 1984 Olympics and beyond. 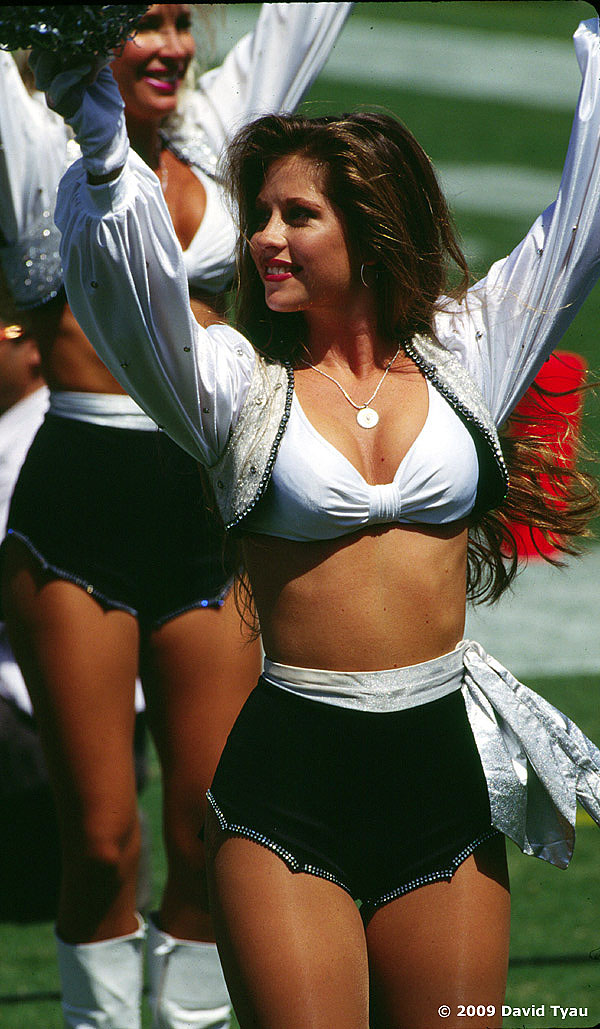 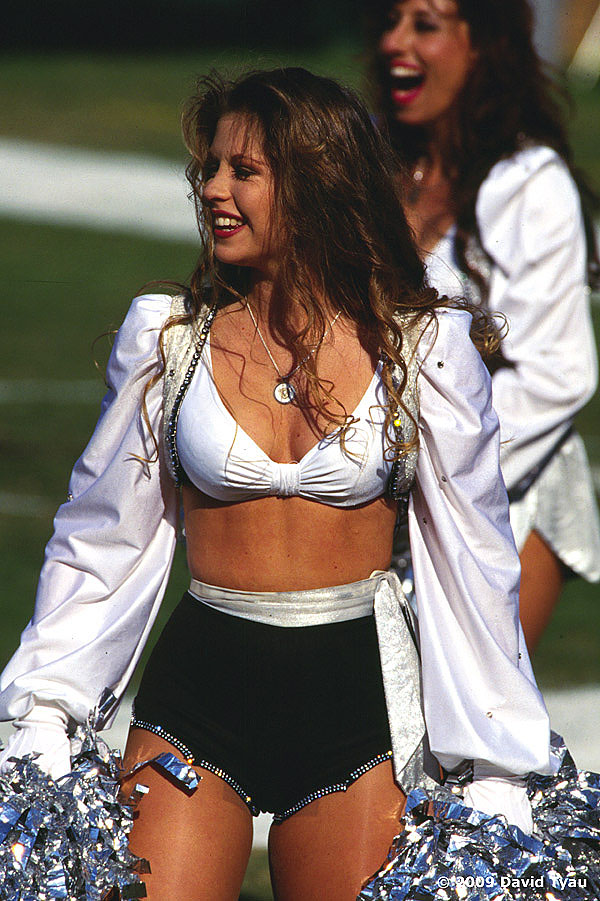 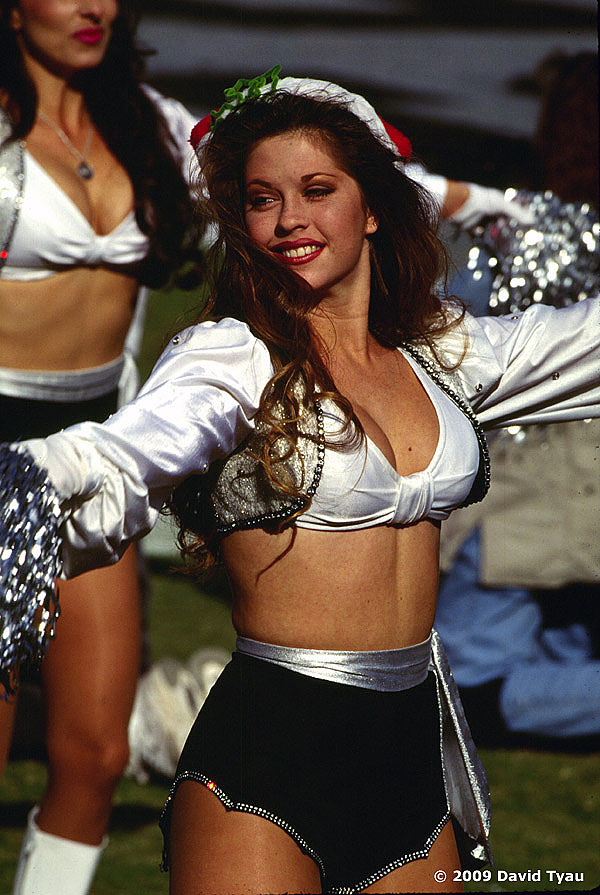 I mentioned in a previous From The Archives article that back in the day, the Raiderettes were very accessible and had their own following in the community.  Many of them were local models that made the Southern California Photo Days circuit and were regularly featured in magazines such as HotRodder and other such lifestyle magazines.  Many of us remember these girls from these events and if I recall correctly, one enterprising Raiderette sponsored her own photo day shoot with the Raiderettes…regretfully, I missed that one.

In this installment of From The Archives, I introduce one of my all time favorite Charger Girls, Danielle Ditonto. Photographically speaking, cheerleaders with great smiles always make for an interesting and compelling photograph and Danielle always had a smile on her face. 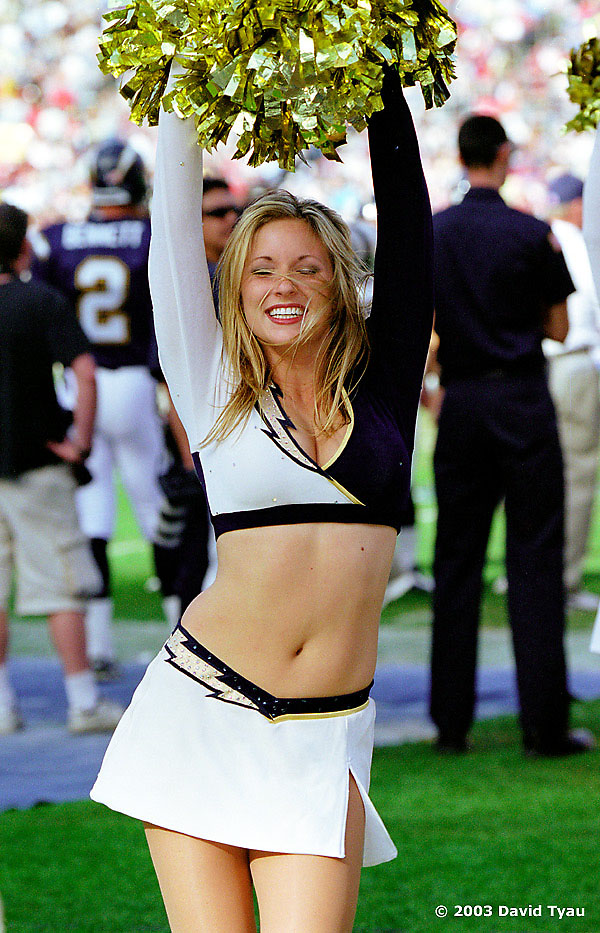 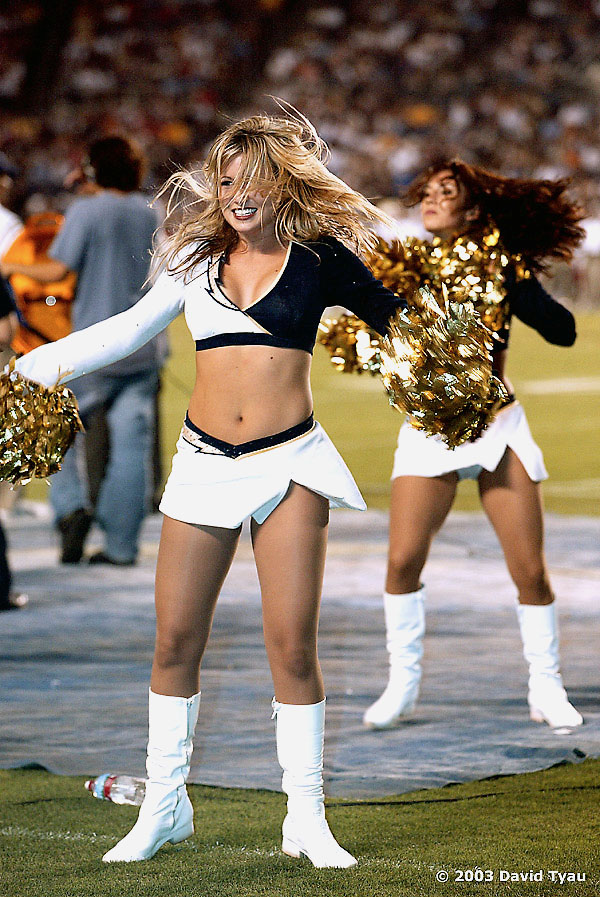 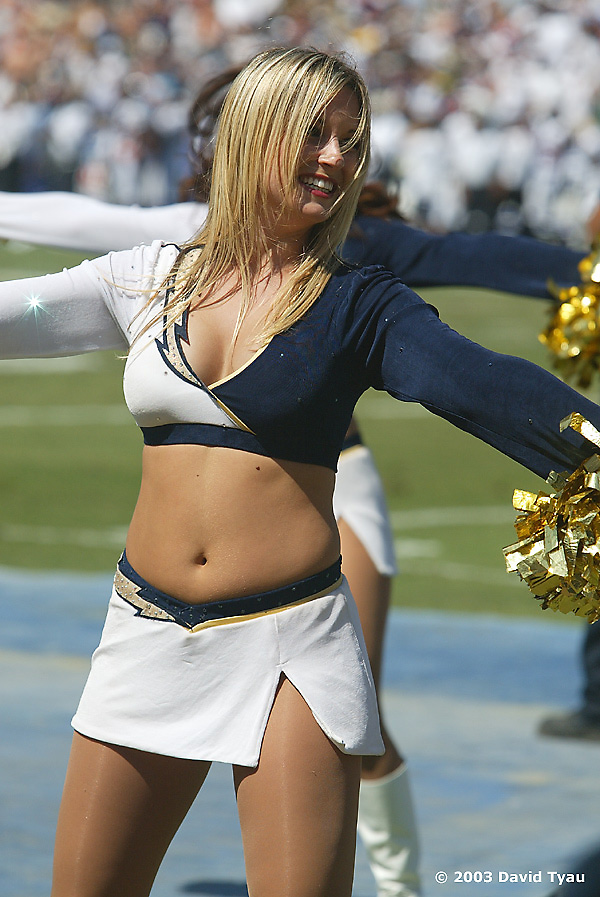 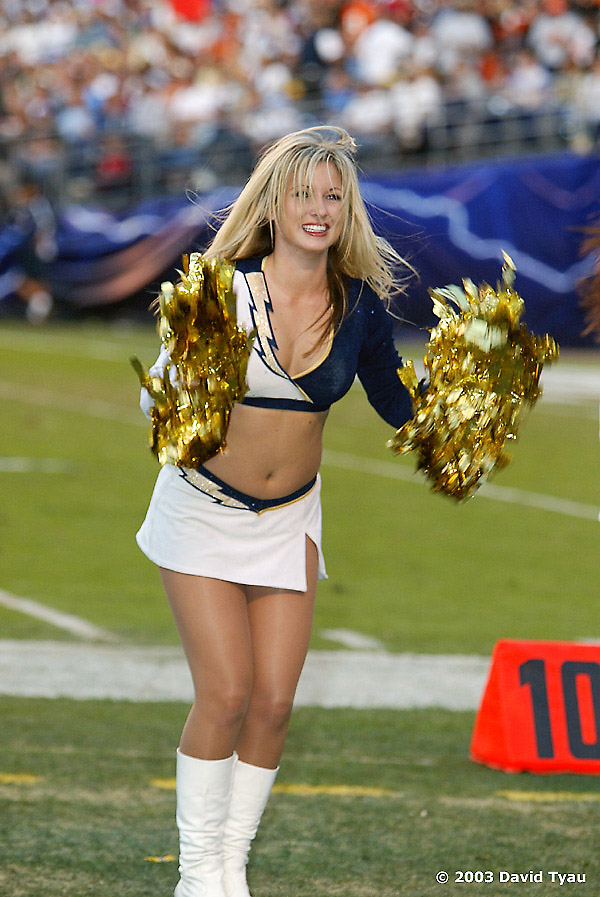 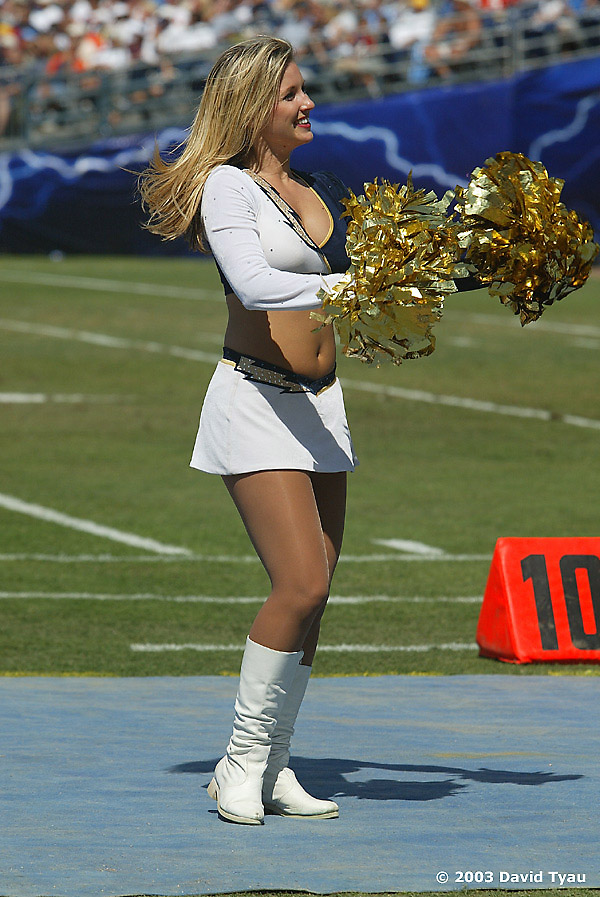 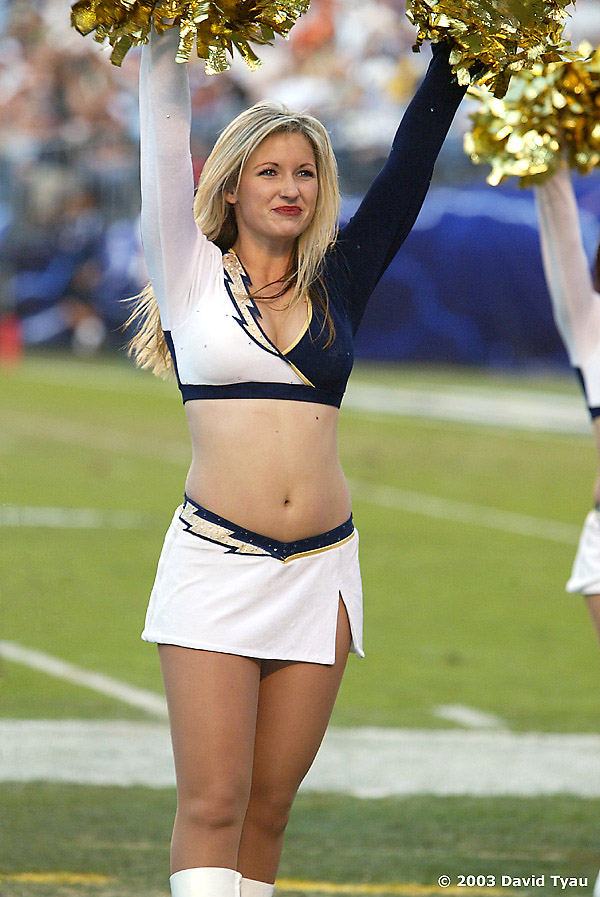 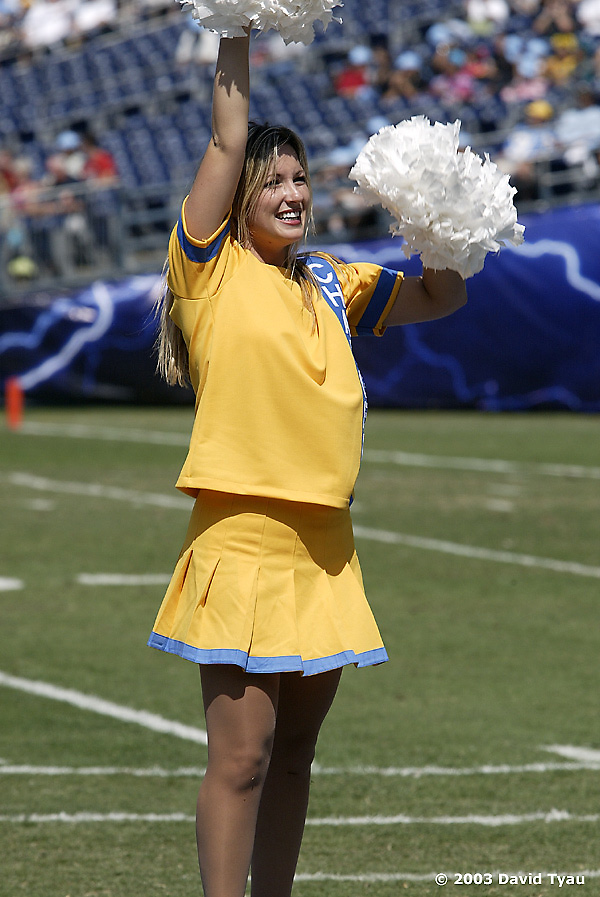 And continuing our theme of beautiful and intelligent cheerleaders, Danielle Ditonto became an accountant after she hung up the pom poms.  Wow.  And I always thought accounting was boring.

I have been photographing cheerleaders since my college days at UCLA.  Through the years, I have attended many USC vs UCLA football games and have had the honor to photograph several of these titanic struggles between the Good and the Evil. I have to say that USC has arguably the finest cheerleaders/dance team in college football.  Certainly the USC Song Girls are the most renown.  And in this installment of From The Archives, we take a look back to 1996 and 1998 and feature one of the most memorable USC Song Girls, Erin Gielow. 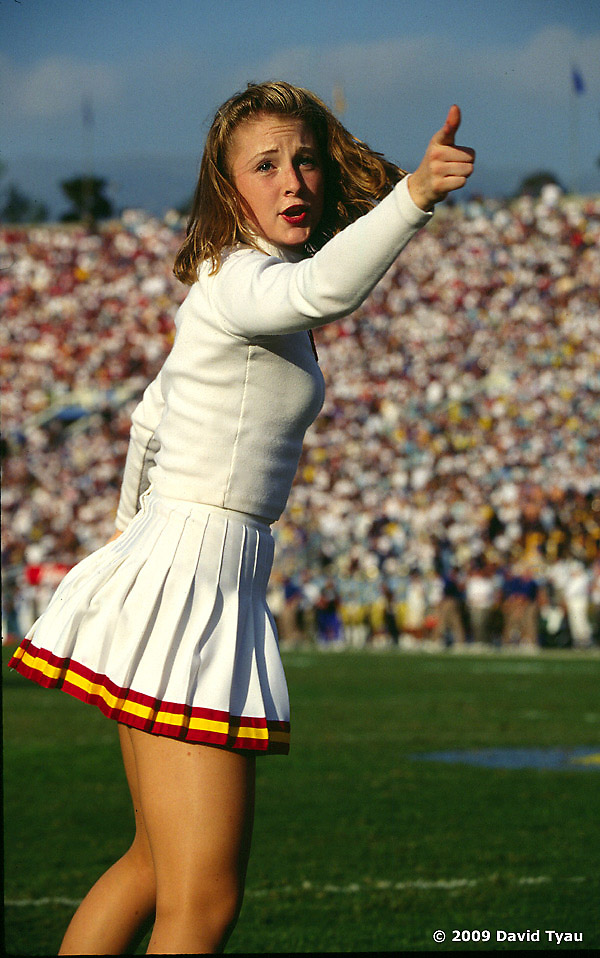 Why was she so memorable?  Well, she had a certain flair and personality that shined through her dancing, a special quality that all exceptional cheerleaders possess.  She was one of those cheerleaders that just demanded your attention. (And yes, I know they are called Song Girls!) 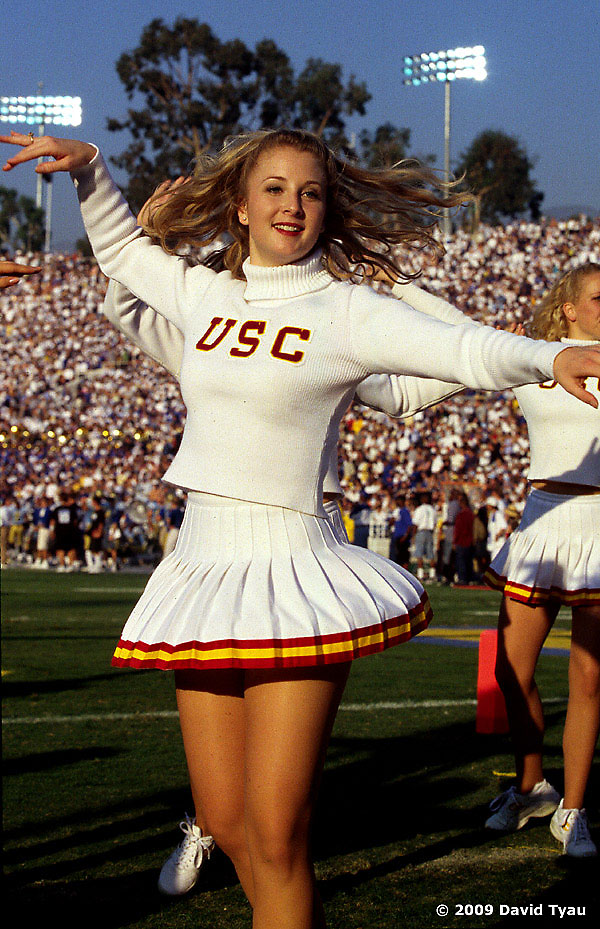 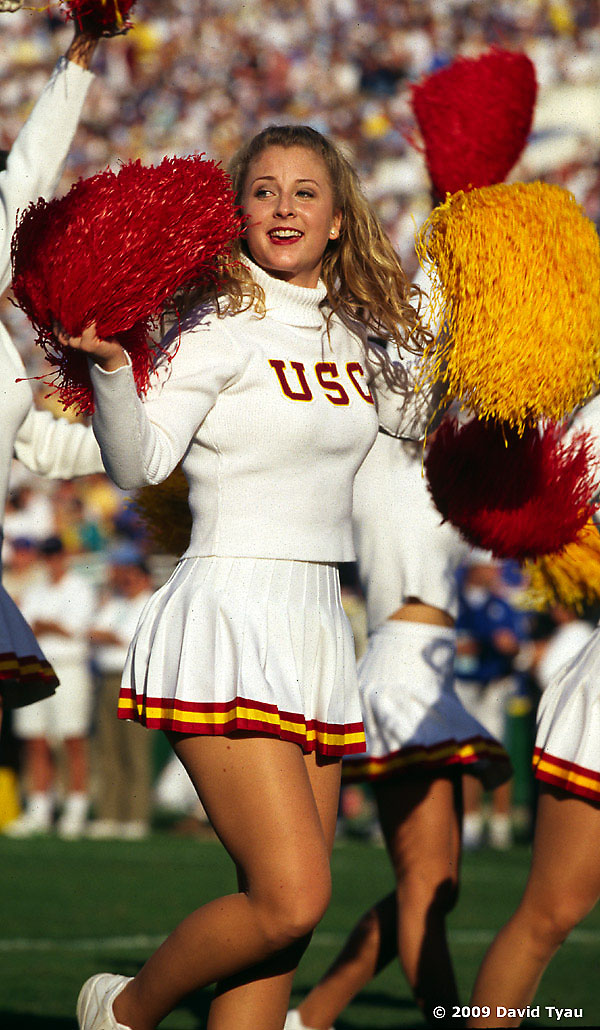 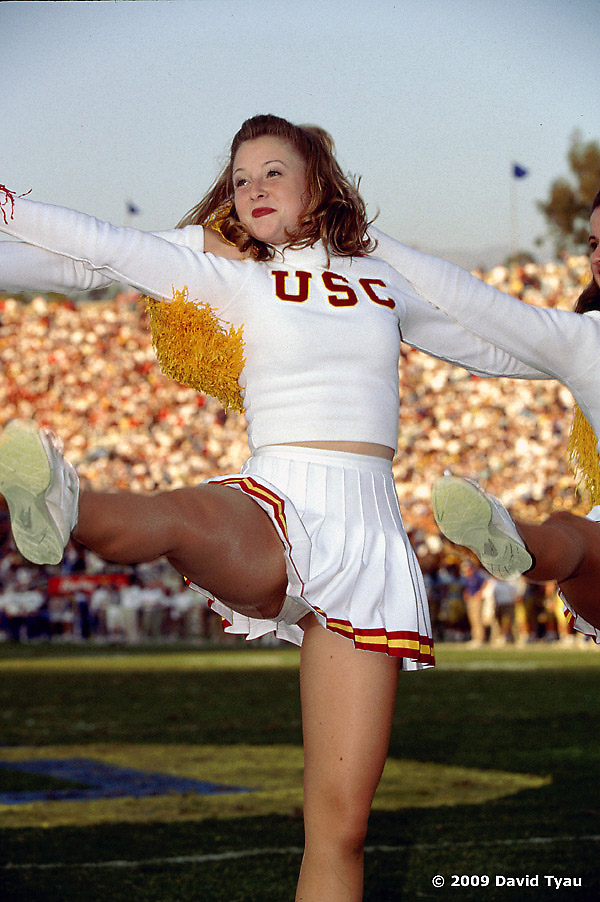 Beauty and brains.  I did a search on the internet before writing this article and discovered that Erin is currently employed as a lawyer, which reinforces the perception of cheerleaders as being very motivated and achievement oriented.

And on a footnote, unfortunately for Song Girl Erin…UCLA beat USC those two years that these photographs were taken.  GO BRUINS! 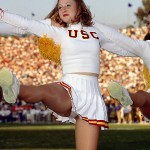 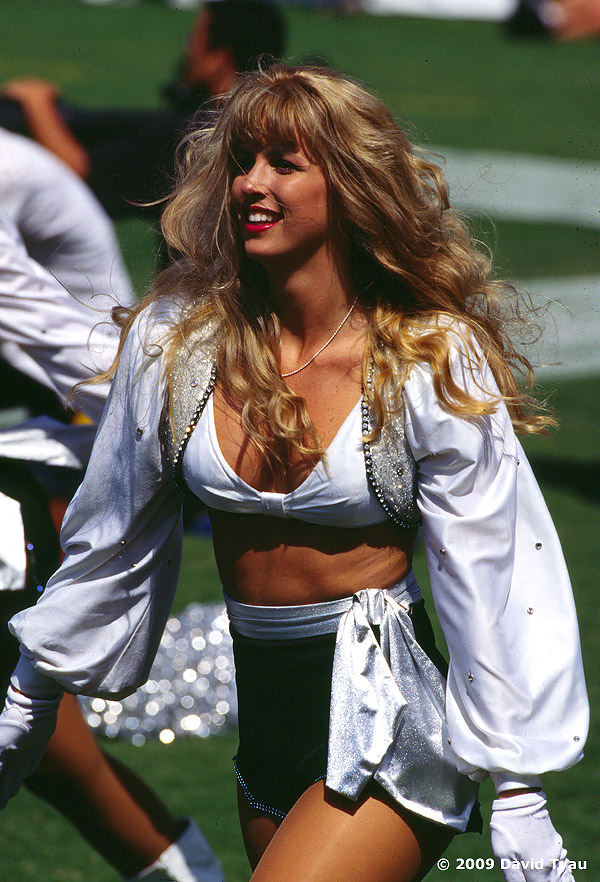 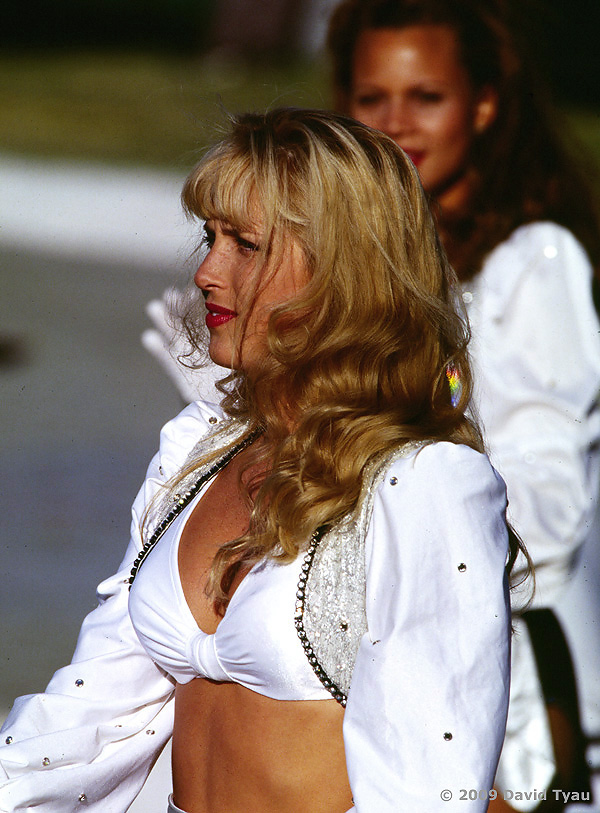 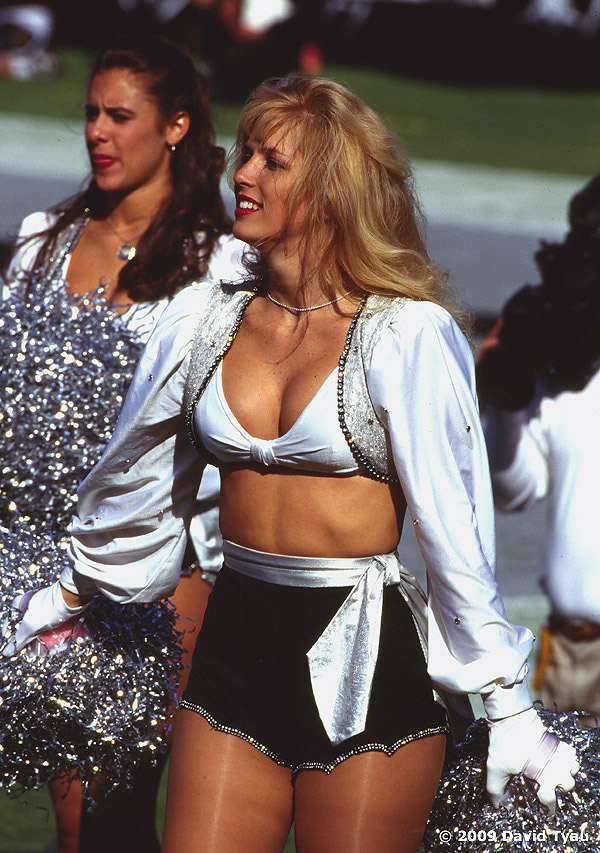 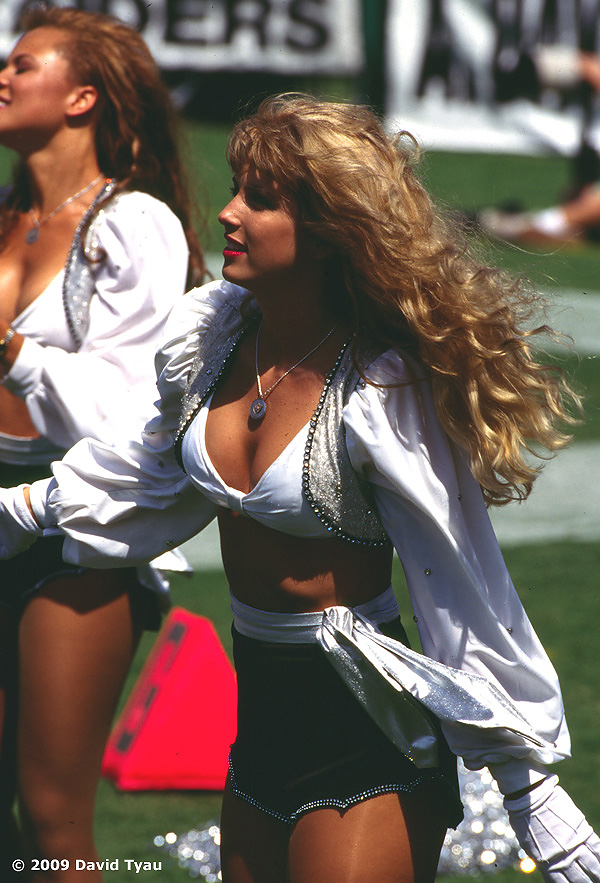 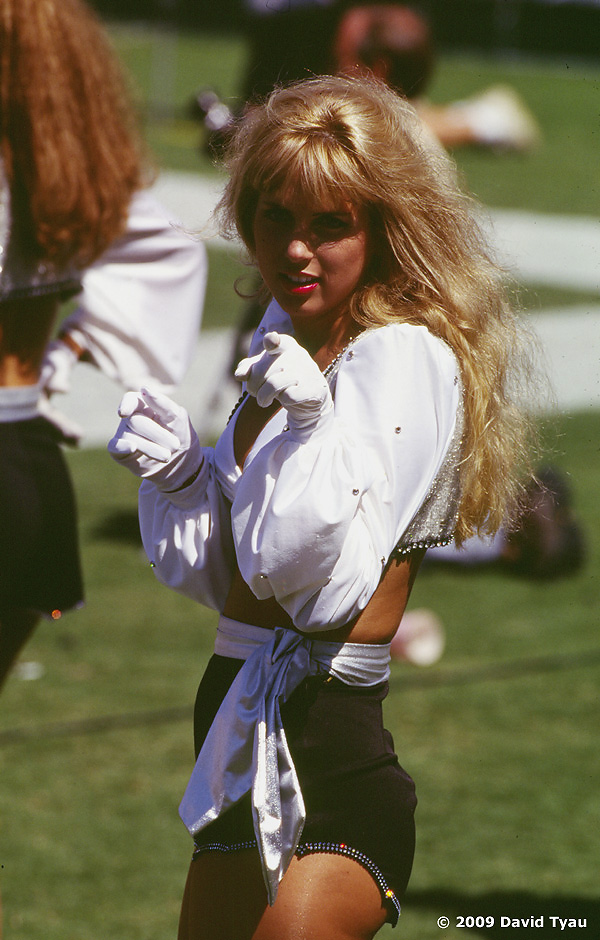