By Jill Harmacinski
The Eagle-Tribune

Deeply in love, hometown sweethearts Alyssa Manzi and Gary Ritter are definitely getting married. But where and when is a question the nation will now answer for them.

Finalists in the “Today Show Throws a Wedding” competition, the North Andover High School graduates just might be the lucky winners of an all expenses paid wedding and honeymoon. If they win, that means their wedding date moves from October to sometime during the week of July 15. 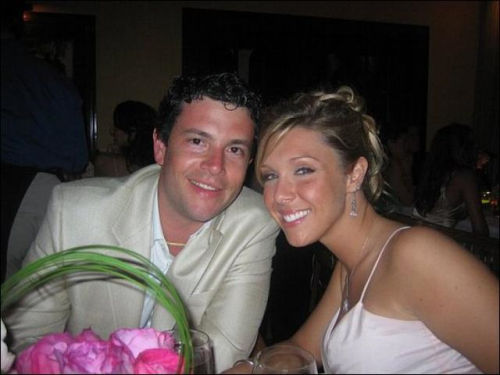 While wedding planning is often considered time-consuming and stressful, the public would do all the heavy lifting for them, voting on everything from their wedding attire, attendants’ clothes, venue and flowers to the cake and honeymoon destination.

“Everything is really up in the air right now,” said the jubilant mother of the groom, Roseann Ritter, a retired Lawrence school teacher who now lives at Salisbury Beach. “America has to vote.”

Manzi, 30, a public relations executive, and Ritter, 27, an energy sales analyst, were originally among 100 couples selected for the 10th annual “Today Show” wedding contest. Hurdling a series of fun challenges, the couple made it to the final four and voting starts tomorrow morning on www.TodayShow.com for the winning bride and groom.

Already its been quite a journey for a man and woman who grew up similarly but were strangers for decades. Manzi and Ritter both attended the same high school; she graduated in 1997 and Gary got his diploma in 2000. They also both attended the University of Massachusetts at Amherst but had never met until three years ago when they were introduced by Alyssa’s cousin. The rest is history, Roseann Ritter said. 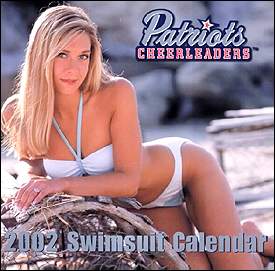 Manzi, a former New England Patriots Cheerleader, is “just as nice as she is pretty. They are really a handsome couple together,” she said.

She is the daughter of state police Trooper Albert Manzi and his wife, Kathy, who live in North Andover.

Alyssa and Gary got engaged during a visit to St. Thomas. After shopping for the perfect ring, Gary previously had his mother hide the three-diamond sparkler in her attic until their trip.

“He shopped for weeks for the ring. He really got into it,” Roseann said.

After arriving at the Marriott resort on the Caribbean island, Gary asked Alyssa to marry him.

“He proposed right on the beach in St. Thomas,” his mom said. “It’s a cute little story.”

The lovebirds entered the “Today Show” contest by submitting a homemade video, which included a song they composed together. When they made the top 10, a “Today Show” crew came to Boston and filmed the couple on a date at the Boston Common with the swan boats, Roseann said.

Now Boston residents, the couple this week traveled to the “Today Show” studio at Rockefeller Plaza, New York City, to meet the other finalists.

“I think it’s been a very nice experience for them, even if it doesn’t materialize. It’s been a great adventure. And I suppose they’ll develop some nice friendships, too,” Roseann said.

If they don’t make the final cut, Manzi and Ritter will be married on Oct. 15, at St. Michael Church in North Andover. A reception of family and friends will follow at the Lanam Club in Andover.

Update: A reader informs us that Alyssa also cheered for the Miami Dolphins during the 2002-03 season.