Phil, the proprietor of the The Buffalo Pro Cheer Blog was at the opening of the Bills Training Camp. Jills Omarlla, Eileen, Katie and Ayeshia were there as well. 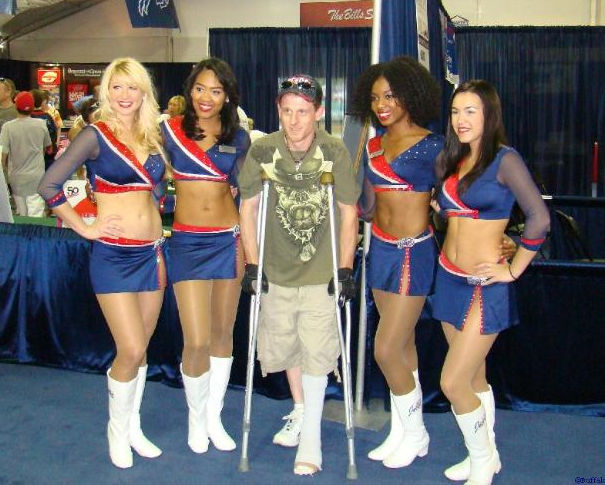 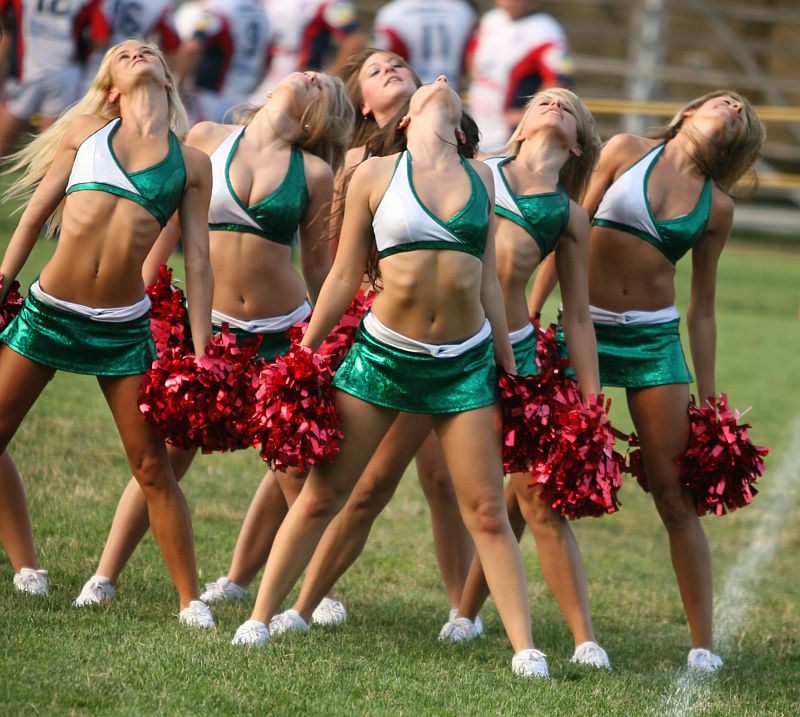 Saturday afternoon was another hot and muggy day, but the weather didn’t stop the Philadelphia Fight Vixens Dance Team as they performed on the field three times during the match against the Jacksonville Axe Men. 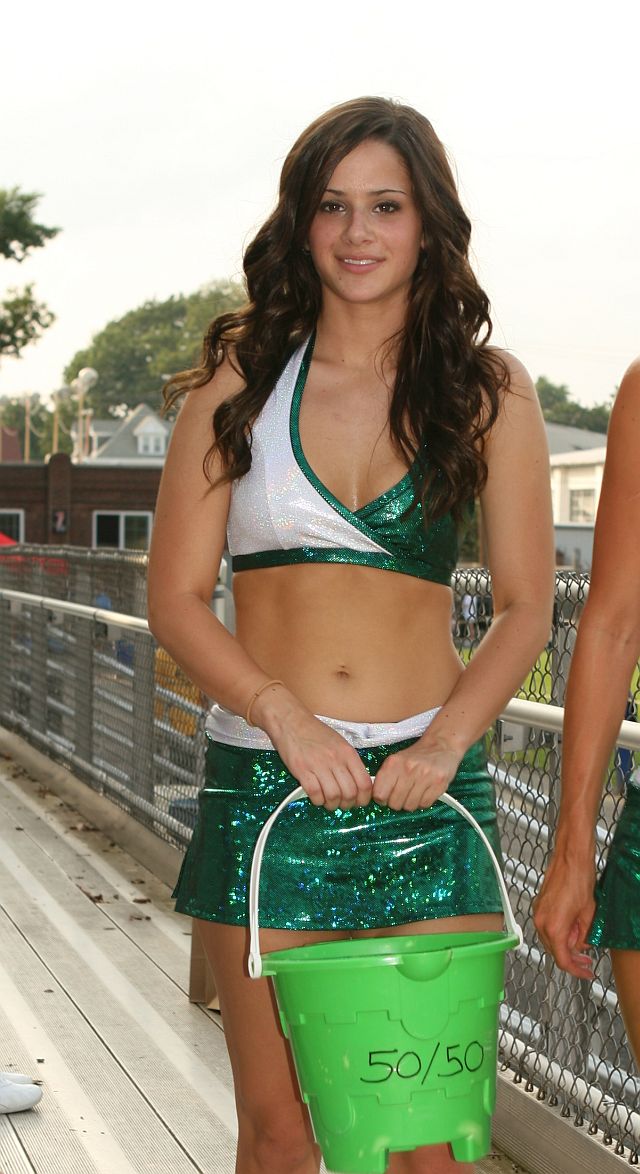 The Vixens sold 50/50 raffle tickets and promoted the silent auction, helping to raise money to find a cure for ALS. 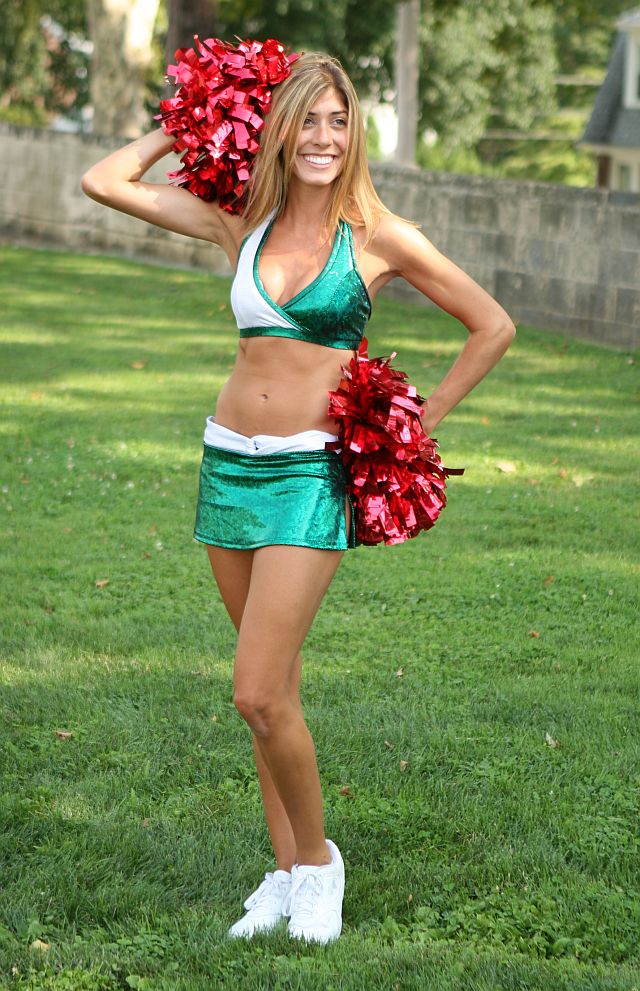 With the loss to the Axe Men, hope of a home playoff game were dashed, so this would be the last game performance for the Vixens this year. The dancers were a big hit with the fans, and we look forward to their return next season. There are also rumors that based on the popularity of the Vixens and the Axe Madiens in Jacksonville, additional rugby dance teams will debut next season. 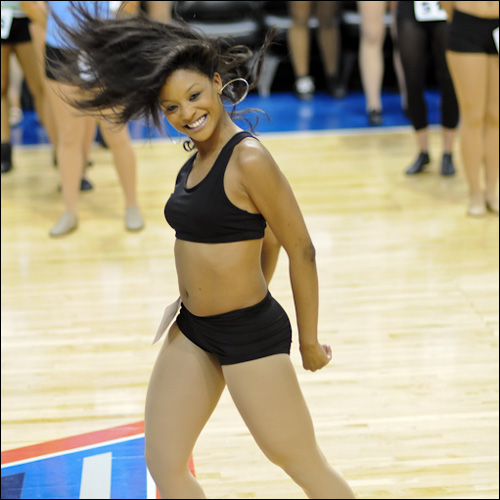 Detroit Pistons: Automotion held their annual auditions Tuesday at The Palace. Over 150 hopefuls gathered to showcase their talents before a panel of judges late into the night. The final roster spot will be determined by fan vote on Pistons.com starting Monday.
Photos | Video

When it comes to entertaining our Armed Forces, the Redskins Cheerleaders are tops. Their smiling faces are not just seen about town, visiting the troops at Walter Reed and Bethesda naval hospital, but they are all over the world, having performed over 30 Military Appreciation Tours since 1999. They’ve also been a regular staple at Fleet Week New York City since 2003.

Melanie Coburn, Director of Marketing for the Washington Redskins Cheerleaders says “We are so grateful for our service men and women and are honored to be able to give back to them throughout the year.”

They book about one or two overseas visits a year for the troops and have a special variety show, dancing to the always popular “Proud to be an American,” and wearing patriotic costumes. 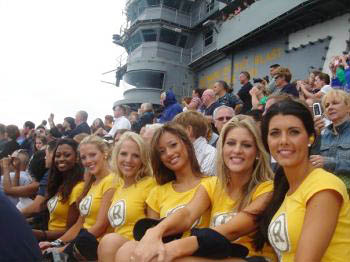 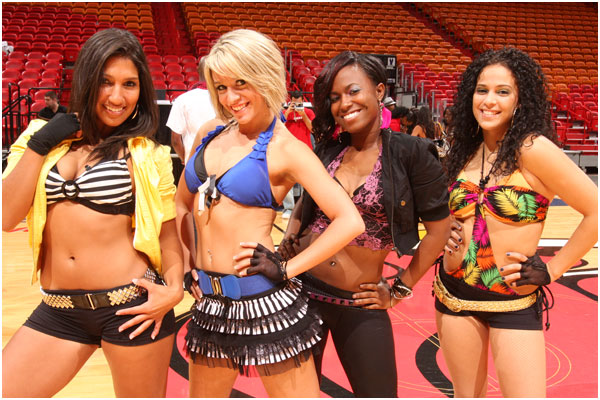 The NBC affiliate in Dallas/Ft. Worth has a few photos from last weekend’s Mavs Dancer Audition. Click here to have a look. 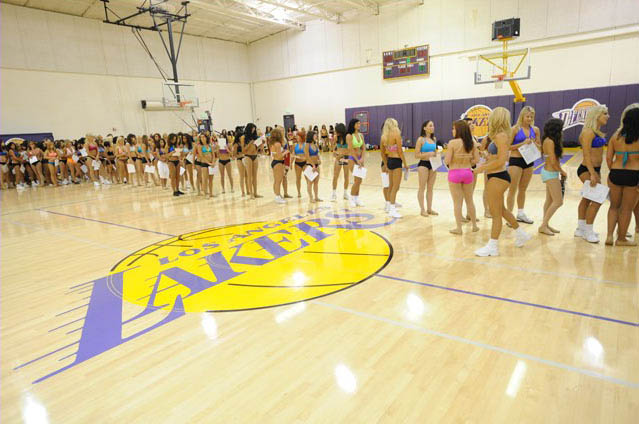 Loads of new photos have been posted on Lakers.com. Click here to check ’em out! 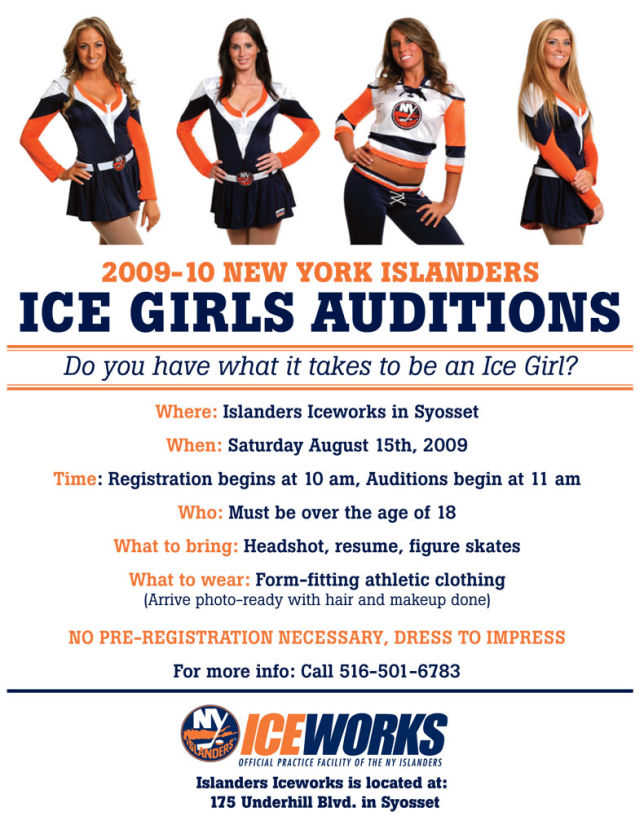 All Chiefs fans are invited to an exclusive evening with the Chiefs Cheerleaders as they officially unveil the 2010 Chiefs Cheerleader Swimsuit Calendar at McCoy’s in Westport on Wednesday, July 29th. This Chiefs Cheerleader Calendar Premiere Party event kicks off at 8:00 PM with Jack FM radio personality Nycki Pace serving as mistress of ceremonies. Admission is free and all ages are welcome. 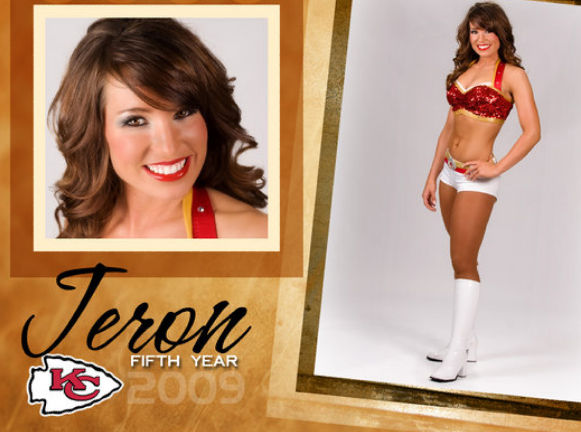 Fans will be able to enjoy food and drink specials all evening at McCoy’s. Conveniently located at the corner of Westport Road and Pennsylvania, McCoy’s will be the hottest spot in Kansas City on Wednesday, July 29th when the Chiefs Cheerleaders host this exclusive event. We’ll see you there!