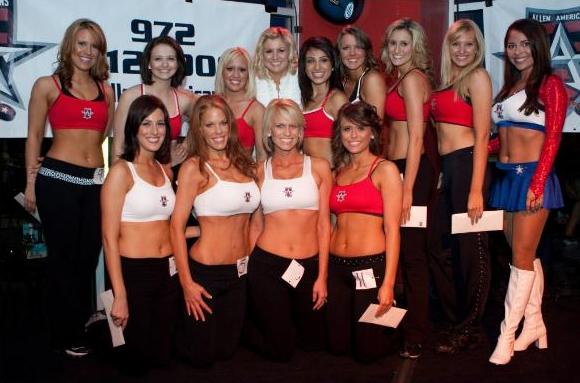 ALLEN, Texas – Of the 13 women that performed Saturday, 11 made the squad.

Former Dallas Desperado Dancers Sylvia Hoefelman of Dallas and Emily Scoville of Allen emceed the event. Scoville will be choreographing for the Ice Angels throughout the season, along with Amy Jo McKinley and Elizabeth Rock. Rock choreographed the routines for the auditions.

Hoefelman and Scoville introduced the dancers two by two and asked the women questions. Then, the dancers performed two routines for the judges.

After the dancers finished their routines, Ice Angel Director BreAnna Foddrill tallied up the scores. Then, the first Ice Angels team members were called to the stage.

“I’m very happy with the group of girls we have. I know we’ve got a strong group of talented ladies that can bring new energy to the CHL and create a fun atmosphere. I’m confident that we can represent the Allen Americans well,” Foddrill said Monday.

The team is made of a diverse group of girls from rookie Michelle Hulsey of Texas Woman’s University to bilingual Jasmin Flores to former Dallas Cowboys Cheerleader and former Dallas Desperados Dancer Bobbi Quigley.

Quigley, a mom of one, feels a strong connection with the some of her fellow Ice Angels already. “This audition has been different. I’ve made really good friends throughout the process,” Quigley said today.

She is also looking forward to providing leadership for the squad, since she’s been with a new team before. “I was there the first year for the Desperados and seeing everything from the ground up is really exciting.”

The 2009-10 Ice Angel team members listed in alphabetical order with their respective hometowns:

The Americans, the Dallas Stars’ CHL affiliate, begin play this fall in the newly built Allen Event Center. Season tickets and partial plans are on sale now, and corporate partnerships are also available. For information, call 972.912.1000 or visit allenamericans.com. 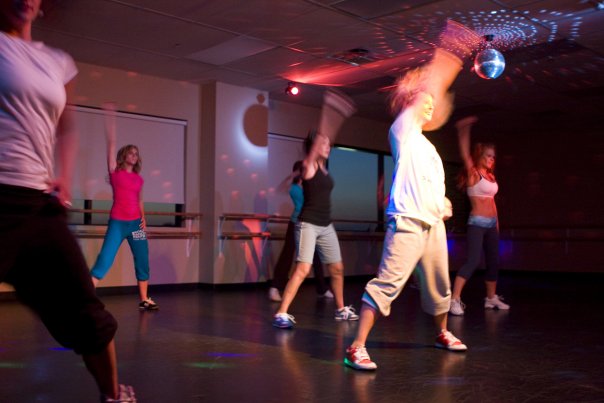 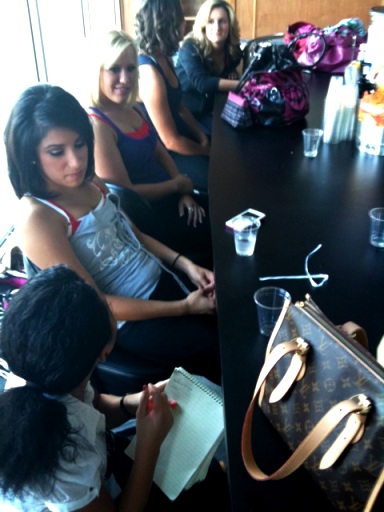 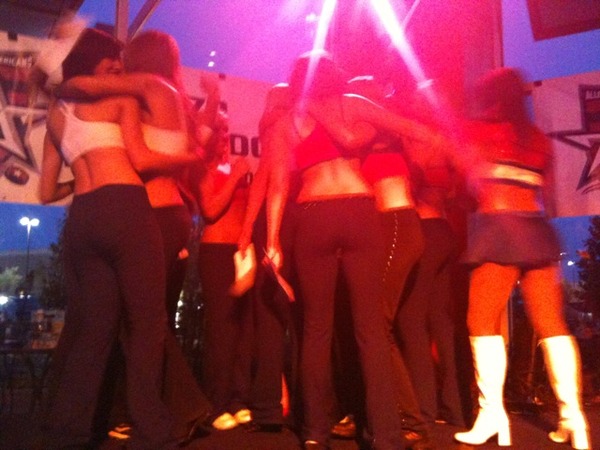 The final Ice Angel team celebrates at Dodie’s Place after making the cut.
(Photo is from the Allen Americans on Twitter) 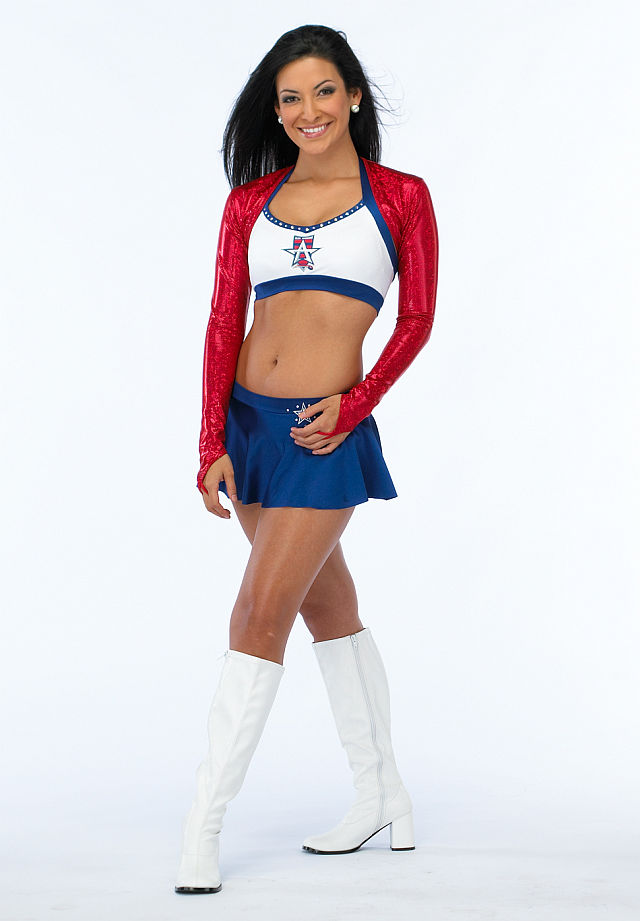 All applicants must be 18 years of age on or before August 8, 2009, and have a high school degree or G.E.D. Also, dancers must reside in the Dallas/Ft. Worth area and have reliable transportation. Ice Angels are required to attend all practices, games and other related activities.

All interested dancers need to complete the application and waiver located at allenamericans.com and return it to the Allen Americans office with a $20 registration fee (cash or check payable to Allen Americans) and a non-returnable photo by 5:00 p.m. on August 6, 2009. Applications can be mailed or dropped off at 190 E. Stacy Road, Ste. 1508, Allen, TX, 75002. If mailing the application, please put it to the attention of Ice Angels Auditions.

To help prepare interested applicants, the Americans are holding audition prep classes led by Ice Angels Director and former Dallas Desperados Dancer BreAnna Foddrill. Attendees will learn choreographies similar to the tryout routine and will practice their introductions that are required at the audition. The classes are designed to simulate rehearsals. The location and dates are listed below.

Dancers should wear hot pants, bikers or cropped dance pants, a halter or athletic bra top and dance sneakers. They should also arrive with attractive hair and make-up. Each class costs $15. 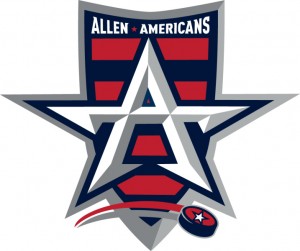 Be one step ahead of the competition by attending the Ice Angels official Prep Classes. All classes will be taught by the choreographer for the 2009 Auditions and by the director! By attending prep classes you will have the opportunity to experience our cutting edge dance style first hand and have the chance to ask any questions about the upcoming auditions. There is no better place to be seen than here!

Agenda: At every class you will be taught different choreography based very similar to what the tryout routine will be. We will run the class as close as possible to what a real rehearsal would be like if you were on the team. We will start out with a light stretch and warm up and then go straight into choreography. We will also practice your introductions you will be asked to do at auditions. We will end the evening with any questions you may have concerning tryouts.

Minimum Requirements for Dancers:
18 years of age on or before August 8th, 2009
High school graduate or G.E.D.
If chosen, must reside in the Dallas/Fort Worth location and have reliable means of transportation
Must be willing to attend all practices, games, and other related activities.