Deb Ruhr said there were the usual challenges associated with organizing a 50-year reunion of the Saskatchewan Roughriders cheerleaders.

One of the tougher ones involved getting in contact with the hundreds of women who have been part of the cheerleading squad since it was formed in 1961. 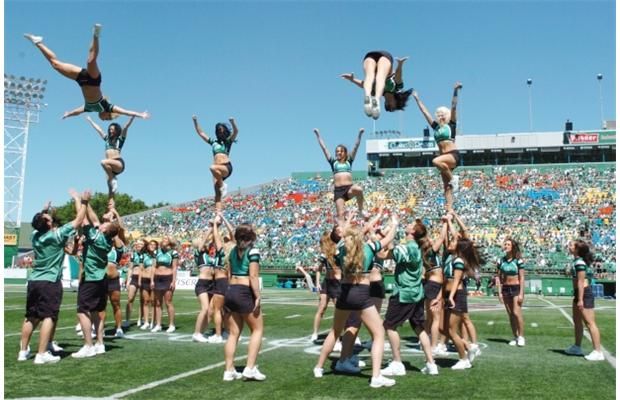 “Do you know how many women have changed their names?’’ Ruhr, chair of the organizing committee for the 50 Years of Cheers reunion, said Monday with a chuckle.

That takes place with women, especially after they get married. Ruhr and her six-person organizing committee contacted many of the former cheerleaders and 110 are to be on hand this weekend for the reunion. There are many events planned, including an appearance at Saturday’s game when the Riders play host to the Toronto Argonauts. All of the cheerleaders and the members of the current Riders cheer team are to form a line and cheer on the Roughriders when they run out of the tunnel.

While that event will be exciting, Ruhr feels there will be other highlights.

“Seeing it all come together and all of the smiles on their faces will be one,’’ Ruhr said. “It will also be nice reminiscing.’’

Ruhr was a member of the Riders’ cheerleaders from 1969 through 1974. She joined the team while in high school and remembers it was far different from the modern-day cheer team.

“Today it’s a stunt team,’’ Ruhr said. “We’ve seen many variations of cheer teams over the years. We didn’t have any sponsors and the first team that had a sponsor was the Molson Golden Girls.’’

It’s the second reunion marking a milestone for the cheerleaders. One was also conducted for the 25th anniversary of the team which was formed by Carol Gay Bell in 1961. She directed the cheer team until 1977 and is to serve as the master of ceremonies during Saturday’s wrap-up dinner. George Reed is the keynote speaker.